How much would you pay for a box of Winston Churchill’s personal cigars? If the number you’ve conjured isn’t close to the $20,000 mark, then you should probably put the idea of ever acquiring such a rare relic out of your head. At the Fine Autograph and Artifacts auction, which took place from July 20 to August 10, a box of 10 La Corona cigars that belonged to Churchill sold for $19,159 according to Boston-based RR Auction.

The cigars are said to have been gifted from Churchill to a wartime attendant who served between 1940 and 1945, according to the brother of the recipient in a letter of provenance accompanying the sale. The cigars were made by Álvarez López y Cía of Havana, Cuba. Churchill’s full name can be seen across the red and gold bands, which, evidently, was commissioned as part of a friendly gesture by a New York businessman named Samuel Kaplan, who supplied Churchill with the smokes in 1940. 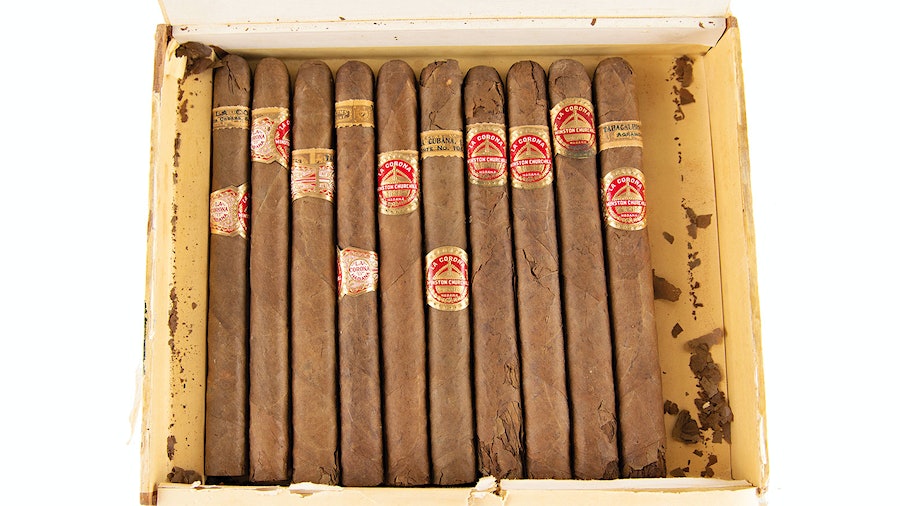 The cigars have suffered some wear and tear, but not enough to scare away willing bidders.

“The Cuban cigar became an integral component of Churchill’s public image—he smoked as many as ten a day, and was rarely pictured without one,” said Bobby Livingston, executive vice president at RR Auction.

The cigars weren’t the only big-ticket items at the Fine Autograph and Artifacts auction. Some of the other key lots included a document signed by Abraham Lincoln during his presidency that permitted trade across military lines during the Civil War (sold for $41,321); a Twentieth Century-Fox Film Corporation agreement from 1947 signed by Marliyn Monroe and by Norma Jeane Dougherty—her legal name (sold for $32,103); and a letter signed by George Washington as president in 1791 (sold for $27,500). 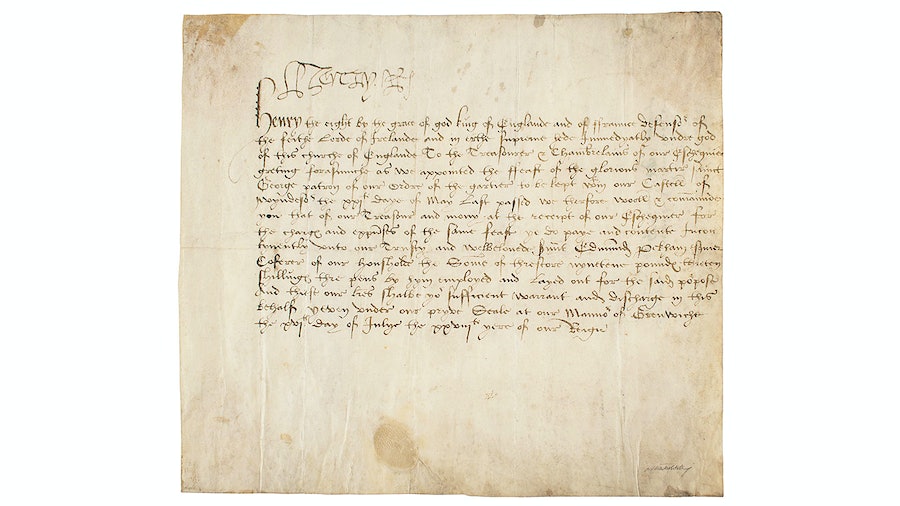 The top-selling item, a parchment from 1536 signed by King Henry VIII.

The top-seller, however, dates back to 1536. The artifact was a document signed by King Henry VIII that ordered the treasurer and chamberlain to cover the expenses of the feast day of St. George, once a popular holiday in England in the 15th through 17th centuries. It sold for $66,435.