Share
Dwayne "The Rock" Johnson's Teremana Tequila is one of many star-powered Tequilas to make a splash in the market.

There’s never been a shortage of big names who are known for having a drink in hand. In the old days, with the exception of Frank Sinatra, a vocal fan of Jack Daniel’s, they generally lacked brand connections, but today there’s a parade of celebrities who not only align themselves with spirits, but own a piece of the action. And the pour of choice for the famous is overwhelmingly Tequila.

It’s a trend that goes beyond quick-buck endorsements to in-depth celebrity involvement in brands that occupy premium echelons of the category. The rock singer Sammy Hagar became one of the first in the movement, with the 1999 launch of Cabo Wabo. While Hagar sang about gulping shots with his song “Mas Tequila,” his brand was a serious agave spirit, which he sold to Campari for $80 million in 2007. (The Red Rocker is now onto another venture, called Santo.) 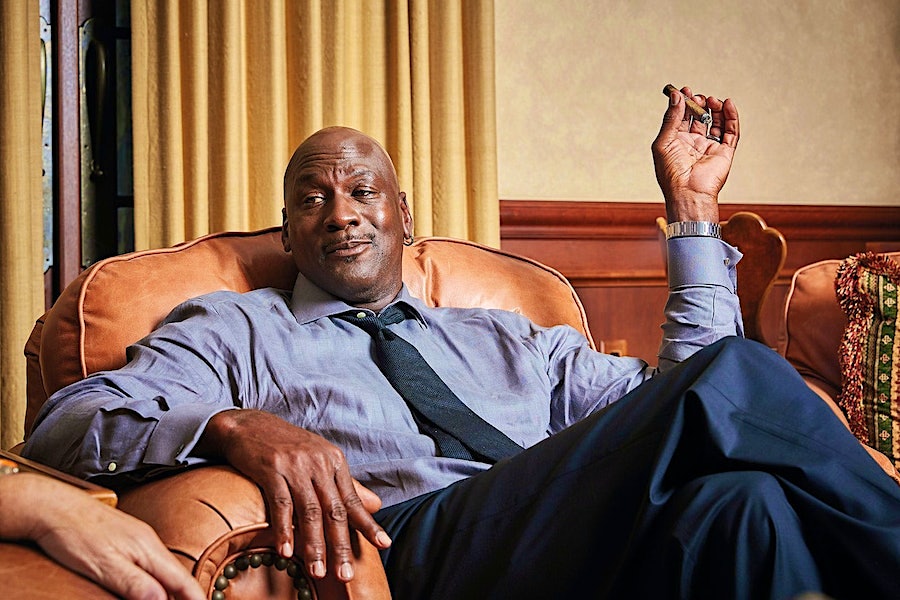 Michael Jordan has led the charge for athlete-backed Tequilas with his Cincoro brand.

Hagar’s success pales next to George Clooney, who, with partners, launched Casamigos in 2013 and sold it for $700 million (with incentives worth as much as $300 million more) four years later. Casamigos shipments have more than tripled since 2018, and its 41.5 percent gain in 2021 took it past one million cases for the first time. Other actors such as Dwayne “The Rock” Johnson (Teremana) and Mark Wahlberg (Flecha Azul), have followed suit, but it is overwhelmingly musicians who have entered the Tequila throng, and they span an eclectic variety of styles.

Cigar lover Nick Jonas, who started with his brothers in a boy band, has grown up to pitch Villa One with designer John Varvatos. Similarly, NSYNC alumnus Justin Timberlake is attached to Sauza 901. From the rap world comes Sean Combs (DeLeón), who previously established spirits cred as half owner of Ciroc vodka. George Strait represents country music with his Código brand and pop rock crooner Adam Levine has invested in Calirosa, with its pink-hued Tequila. 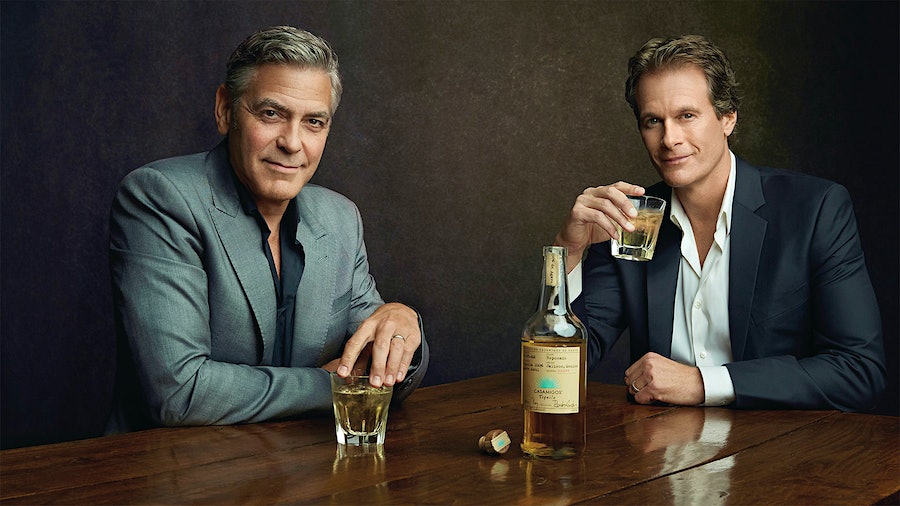 George Clooney (left) and Rande Gerber, with Casamigos Tequila, a brand they sold for more than 700 million dollars.

Before you say none of these music styles suggest a kinship with Tequila, remember that Carlos Santana, known for Latin-infused rock, was born in Jalisco, the state from which Tequila arises, and for a time was a part owner in Casa Noble. Furthermore, given the success of his song “Margaritaville,” Jimmy Buffet certainly seems justified in having his own brand of the same name. The Lord of Laidback has since changed his tune and recently divulged that he no longer drinks that frozen concoction that once helped him hang on, preferring his Tequila on the rocks.

Perhaps oddest among celebrity involvements in Tequila are those coming from the sports world. It may seem to be breaking training for basketballers Michael Jordan (Cincoro) and LeBron James (Lobos 1707) to be Tequila developers, but no one seems to mind. Such is not the case for Kendall Jenner of cable’s “Keeping Up with the Kardashians.” Her on-horseback promotion of 818 Tequila drew widespread charges of cultural appropriation. Seems like celebrity hits a wall when you’re only famous for being famous.