You know the sound as soon as someone flips open an S.T. Dupont lighter. It’s that unmistakable “ping” that rings across the room, and it’s become a recognizable signature of the French company’s higher-end lighters. But when it introduced the Le Grand series back in 2017, the attractive, functional and luxurious lighters had just one problem: they didn’t “ping.” It may not seem like a serious issue, but for some fans of S.T. Dupont, that memorable sound determines whether or not they’re going to part with their money. To address the issue, S.T. Dupont went back to its workshop and re-engineered the Le Grand, and now it “pings” even louder than the Ligne2, S.T. Dupont’s flagship model. 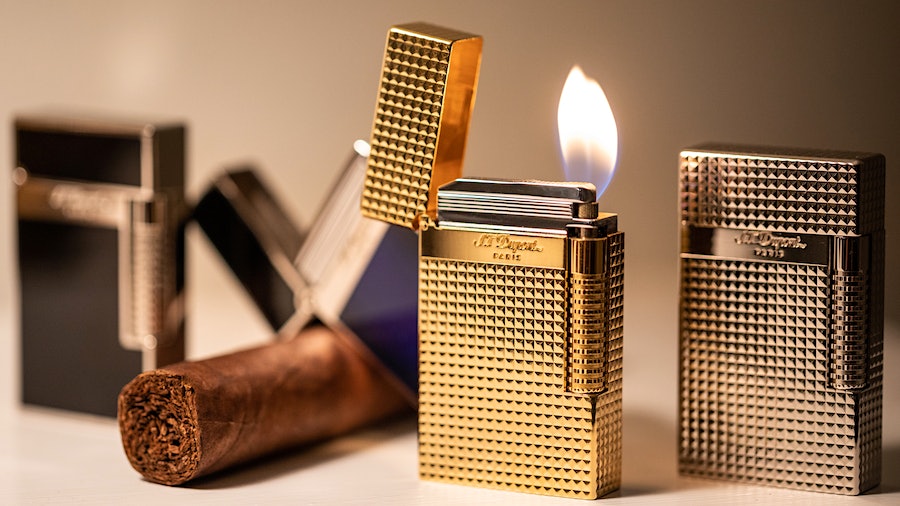 The new lighter, which is called Le Grand Cling, is also versatile, capable of producing either a torch or twin soft flames, thanks to its double ignition system. It comes in four finishes: Diamond Head Goldsmith plated in yellow gold or palladium ($1,395); Black Lacquer ($1,595); and Sunburst Blue ($1,695). 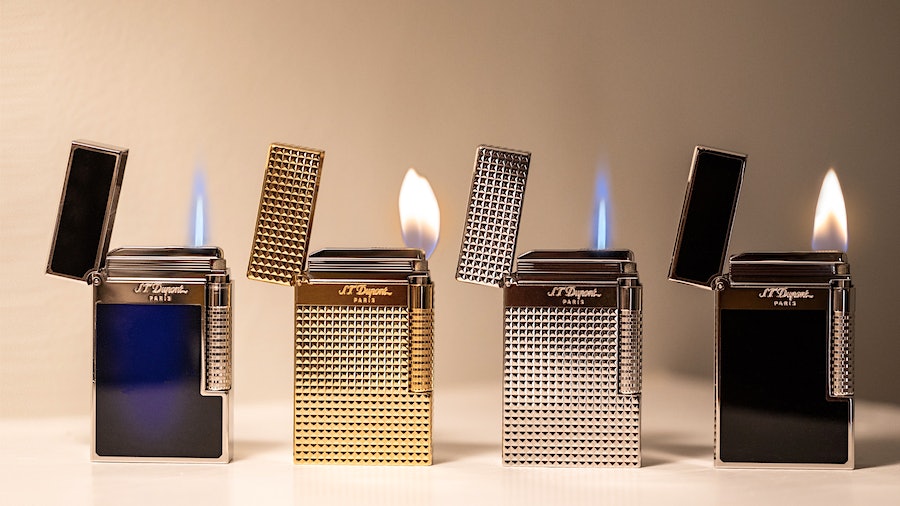 The Le Grand Cling lighters were previewed at the PCA tradeshow and will be shipping in a few weeks. 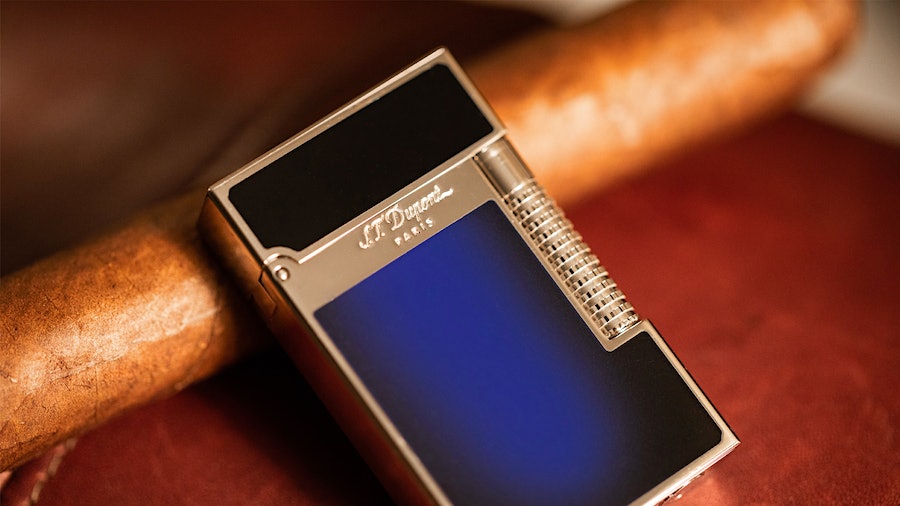 S.T. Dupont lighters, pens and accessories are distributed by Coles of London.