It’s a cult-classic beer brought back from the dead. California-based Stone Brewing has revived Sublimely Self-Righteous Black IPA—A fan-favorite brew retired from the company’s regular-production lineup in 2015. Now it’s back for a limited time, in stores and bars nationwide, and it’s a fitting partner for medium-bodied cigars.

Self-Righteous Black IPA is a hop-heavy IPA brewed with a rich, dark malt. It’s an unconventional beer that pours inky black, like a stout, but retains the distinct aroma of citrus and pine that IPA’s are known for. Stone says the brew has a diehard following, and even though it’s been retired for many years, it’s the most requested beer in the company’s portfolio.

We paired Sublimely Self-Righteous Black IPA with two cigars that also have passionate, underground fan bases: The Tatuaje Negociant Monopole No. 3, from one of the original kings of cult cigars, Pete Johnson; and the Trinidad Coloniales, a Cuban smoke from a brand that was once shrouded in mystery. 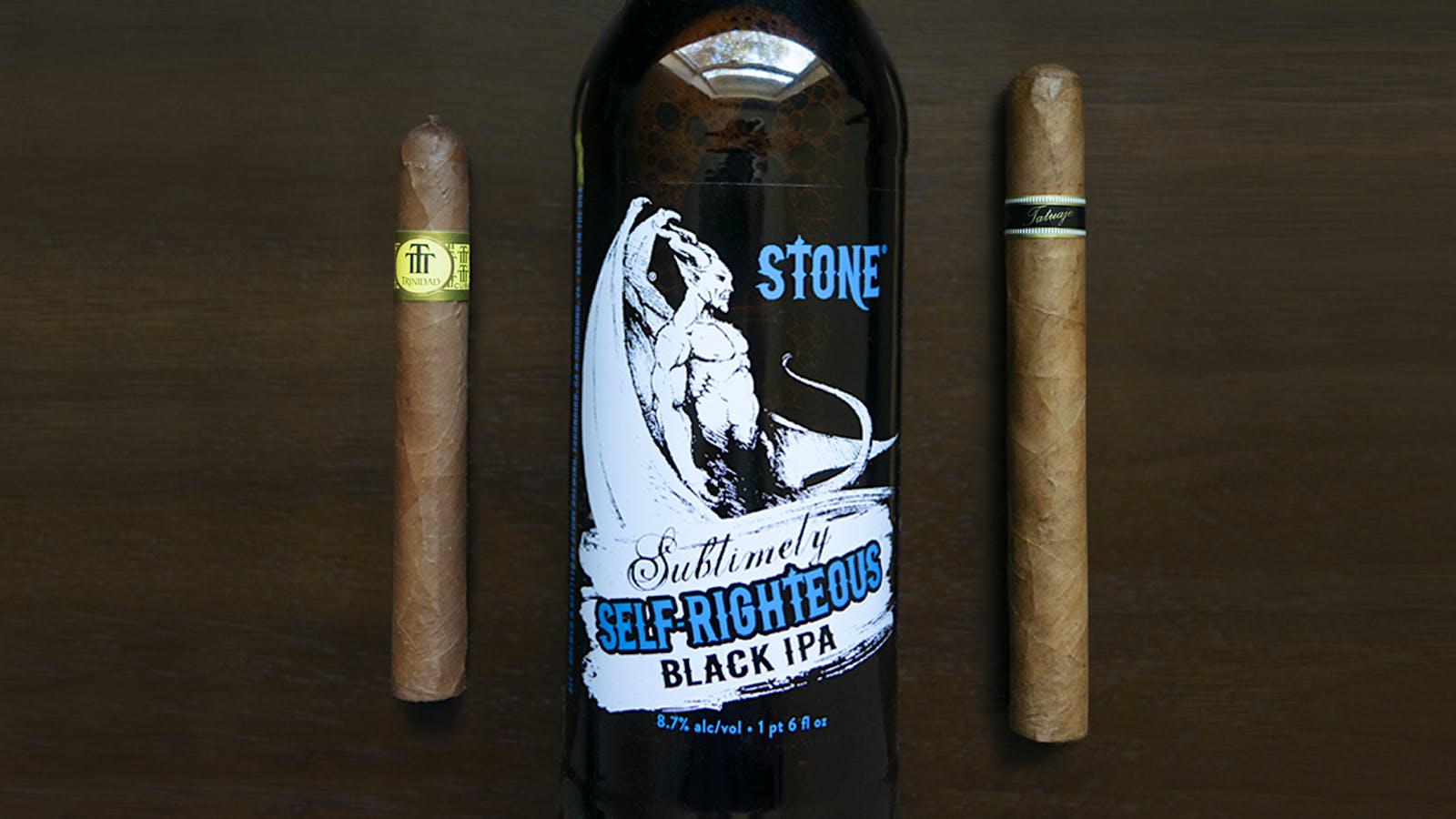 We paired Stone Sublimely Self-Righteous Black IPA with the Trinidad Coloniales (left) and the Tatuaje Negociant Monopole No. 3 (right).

Both cigars are medium bodied. The hoppy characteristics of IPAs tend to dominate milder cigars, and stronger, full-bodied smokes often obscure the complexities of hop-forward ales.

Cigar Pairing No. 1: Tatuaje Negociant Monopole No. 3 (91 points) The tangy, cedary qualities of the Tatuaje meld with the pine and citrus elements of the IPA. The beer added a touch of chocolate to the smoke, creating a chocolate-covered-marzipan note. An excellent pairing.

Cigar Pairing No. 2: Trinidad Coloniales (90 points) Impressions of nutmeg, walnut and wood in the Trinidad are complemented by the beer’s elements of roasted coffee and raspberry. An orange peel note present in both the cigar and the beer became pronounced. Satisfying and complex.

Stone Sublimely Self-Righteous Black IPA is available at bars and retailers nationwide for a limited time. It comes in 12 oz. six-pack bottles, 22 oz. bottles and can also be found on draft.