The Nicaraguan brand with the mysterious past has two new cigars in its portfolio, bringing the line to three sizes. As of last week, Illusione’s OneOff +53 line now comes in a Robusto and Gordo.

When Illusione re-introduced the OneOff series to the market in 2018, it had a small extension called OneOff +53. A sort of brand-within-a-brand, the +53 stood apart from the rest of the OneOff line, as it only came in one size (the Super Robusto), had a different blend than the rest of the cigars and was far more expensive. It was also named one of Cigar Aficionado’s Top 25 cigars of 2018.

The new OneOff +53 Robusto and Gordo are made in Nicaragua at the Aganorsa Leaf factory with the same all-Nicaraguan blend as the +53 Super Robusto. Brand owner Dion Giolito isn’t getting into specifics as to what type of tobaccos the cigars are made with, only confirming that they are from Nicaragua and indeed different from those of the core OneOff line. 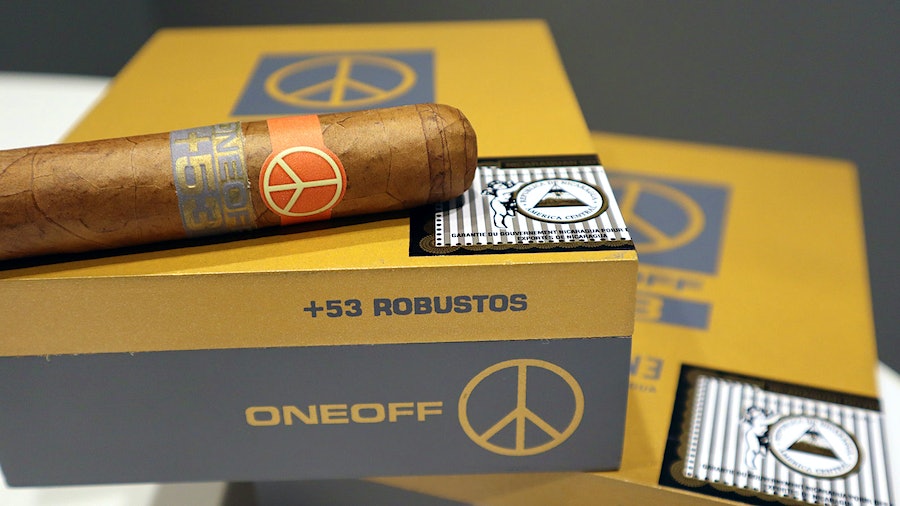 OneOff started as a small brand first put on the market in 2001. It was made by the Plasencias in Nicaragua by Italian cigar retailer Andrea Molinari before winding up in the hands of Cuban Crafters, a company that turned OneOff into an inexpensive value brand. Intrigued by the former cult status of the cigar among smokers, Giolito eventually acquired OneOff in 2017 and released it in 2018, restoring it to a full-fledged premium cigar and bringing back some of the brand’s original mystique. The +53 sub-branding refers to Cuba’s country telephone calling code.

For a tasting of the new OneOff +53 sizes, see a future issue of Cigar Insider.

Read Next: Illusione’s Allegria Makes Its Way To Retail