On April 12, 1861, Confederate forces fired upon Fort Sumter in Charleston, South Carolina, the first shots in the Civil War. Today, 161 years later, the war remains a point of fascination and study, an important time in American history when the country itself was poised on the brink of collapse.

On May 13, Rock Island Auction Co. is putting up several items of Civil War history on the block, none grander than a pair of Remington pistols once owned by Civil War hero Ulysses S. Grant, the cigar-puffing, four-star general who ended the war and would later be elected to two terms as president. They are estimated to sell for $1 million to $3 million.

Other Civil War items can be had for far more reasonable prices, such as a Spencer Repeating Rifle, one of the most widely used weapons in the war. One inscribed to Union Cavalry soldier George W. McCree, who fought in Missouri, Kansas, Tennessee and Mississippi, on the Union side, is estimated to go for $5,000 to $8,000. 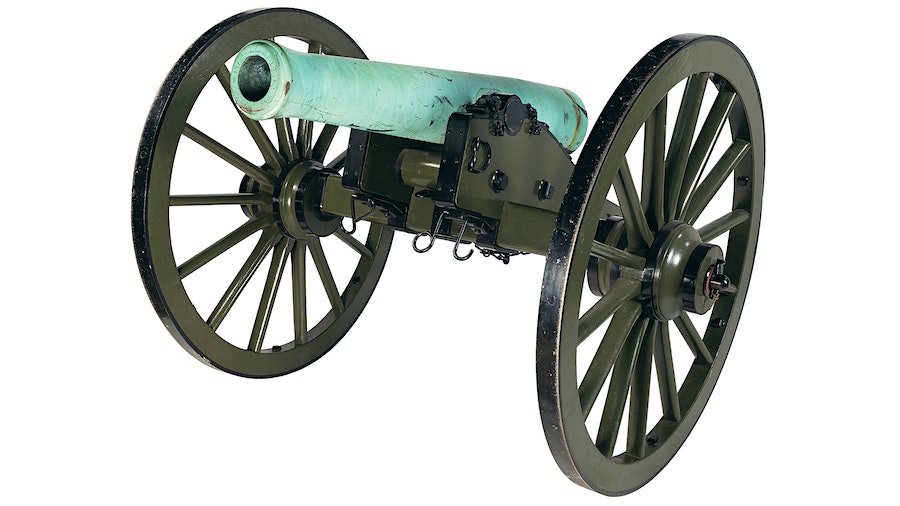 Field guns—what many might simply call cannons—were used to great effect in the war, and a model of light field gun made in 1862 and weighing 1,200 pounds is going on the block as well. This model, which has a copper barrel made by Revere Copper Co., is estimated to sell for as much as $180,000.

To view the catalog of the May 13 auction, visit https://www.rockislandauction.com.