Colorful humidors, striking cigar cases, lighters and ashtrays and all manner of creative accessories are coming to market via Fuente The OpusX Society, an upscale cigar and lifestyle accessory company founded by designer Manny Iriarte. The new line of products will make its debut in Las Vegas at the upcoming PCA trade show.

The launch has been roughly eight years in the making, according to Iriarte, who also recently opened his studio Manny Enterprises in Miami. 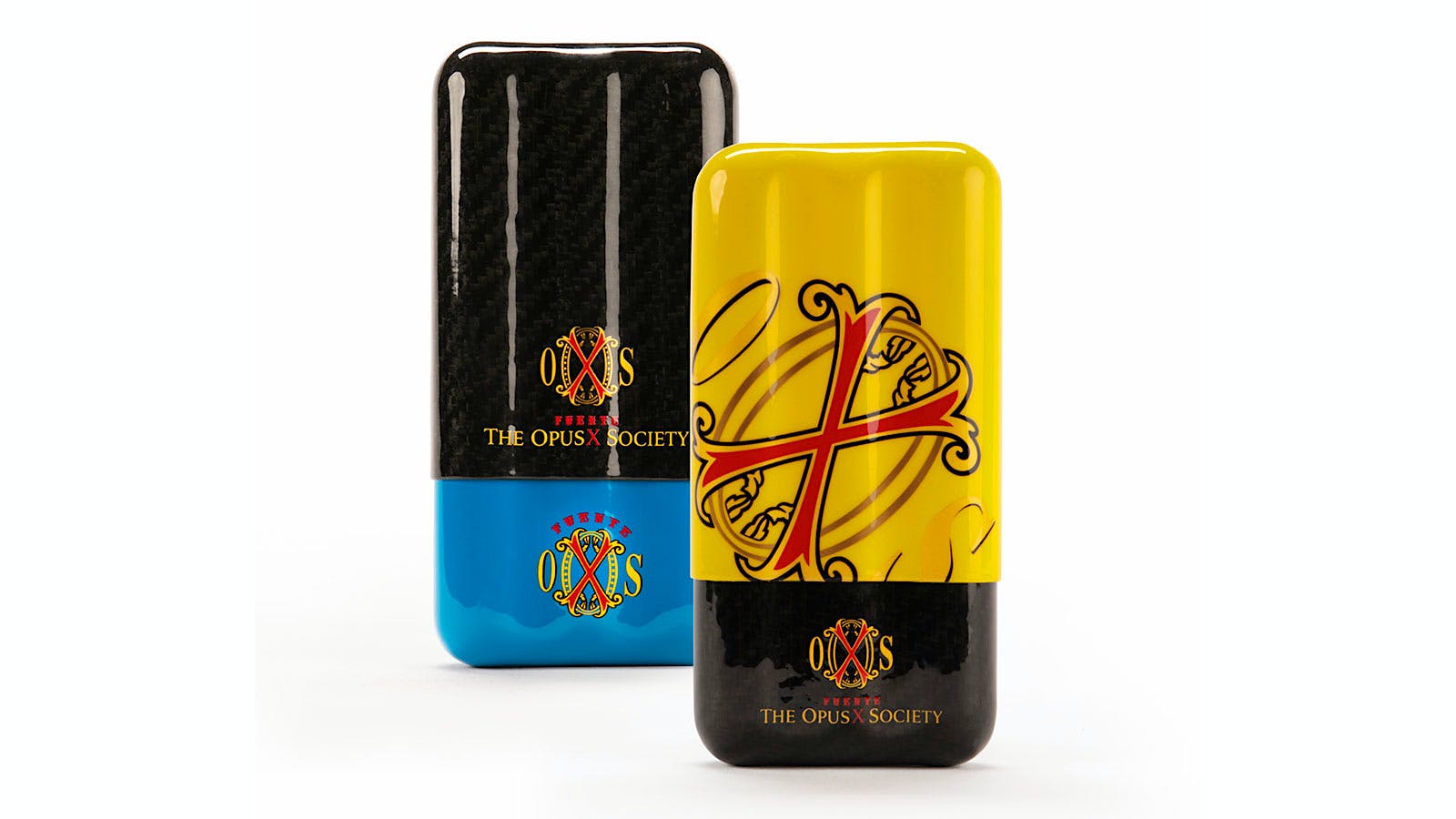 “This has been the result of vision, focus and many years of meetings of the minds,” wrote Carlos Fuente Jr. on Facebook. “Manny Iriarte is my brother, friend and has all my best wishes for the success he is going to accomplish.” 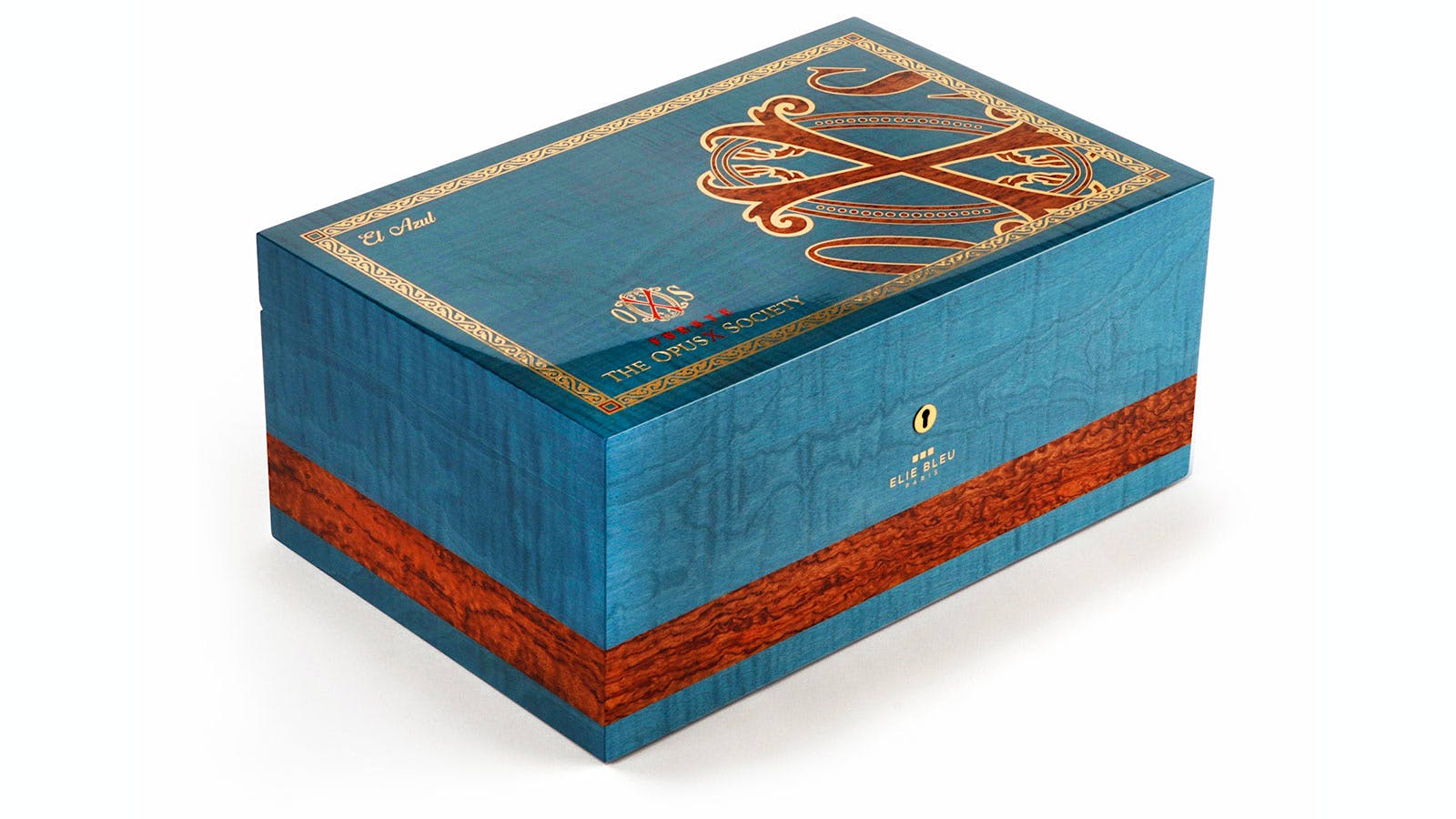 The collections include several varieties of humidors, ashtrays, lighters and cigar cases as well as coffee mugs, drinkware (including Glencairn tasting glasses made specifically for whisky) and duffle bags made from Italian leather. They range in price from $84 (for a pair of coffee mugs) all the way up to $8,000 for a limited-edition humidor.

The rare humidor, made by Elie Bleu, is one of the more striking elements of the collection. It comes in two styles, El Rojo (with a reddish theme) and El Azul (in blue, pictured above). They have blue sycamore and African bubinga veneers, are more than 15 inches long, nearly 10 inches wide and weigh eight pounds. Each is limited to 50 pieces. There is also a limited line of Elie Bleu jet lighters emblazoned with OpusX artwork. They sell for $440 each, and are also limited to 50 pieces per style. 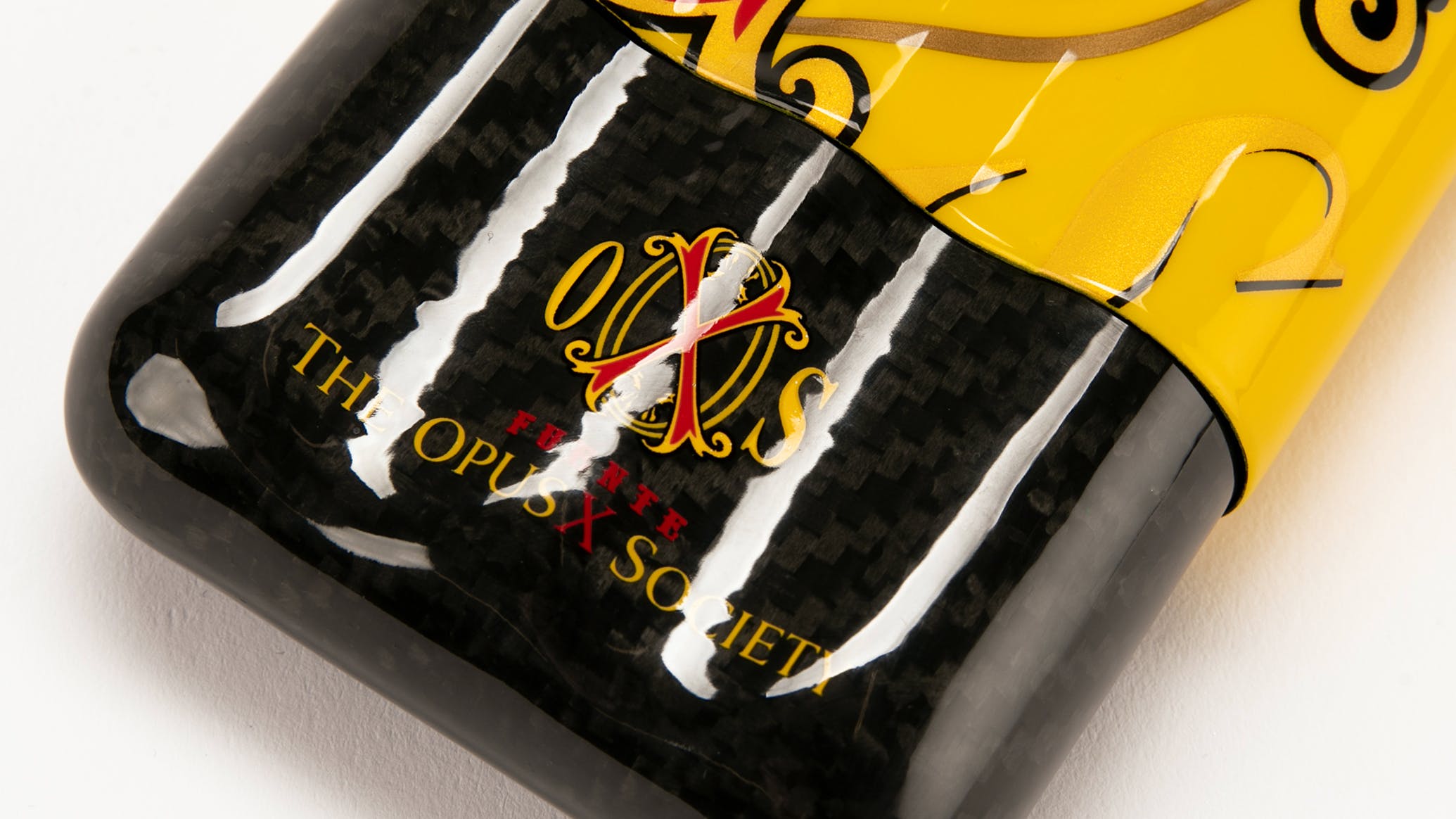 Despite the name of the collection, there are also styles celebrating other Fuente cigars, including Fuente’s Hemingway, Don Carlos and Gran Reserva lines. That part of the collection includes humidors, lighters, ashtrays and cutters. The lighters and cutters are made by Elie Bleu, while the humidors and ashtrays are made by Nsolo Consulting Group. The Hemingway humidor, for example, is nearly 20 inches long and more than 10 inches wide. It retails for $1,275.

The collection is large, but expected to grow larger. Iriarte said more items would be added next year.