Nick Melillo of Foundation Cigar Co. is once again using his love of ancient history to inspire the release of his newest release of Highclere Castle, Senetjer. This year marks the 100th anniversary of the discovery of the tomb of Egyptian pharaoh Tutankhamun—frequently called King Tut—by famed archaeologist Howard Carter and George Herbert, the fifth earl of Carnarvon. Melillo has worked with the Herbert family in the past on his Highclere Castle cigars. For Senetjer, Melillo teamed up with the Herbert family once again to celebrate the anniversary with a limited-production cigar which comes in a box made to resemble one found in the tomb.

“To celebrate the centenary of this amazing find, we have created the Senejter blend, which is a homage to the cigars enjoyed by my family in the roaring twenties," said George Herbert, the eighth earl of Carnarvon and great-grandson of the fifth earl.

Made by A.J. Fernandez at his factory in Nicaragua, Highclere Castle Senetjer will be available in one size: a perfecto measuring 6 3/4 inches by 52 ring gauge. It’s made from a blend that includes Ecuador Habano and Brazilian Mata Fina binder. The cigars won’t be cheap, with a suggested retail price of $33 each.

Highclere Castle Cigar co-founder Adam von Gootkin hired archaeologists Colleen and John Darnell to advise on the project and assist the packaging, which is quite elaborate. 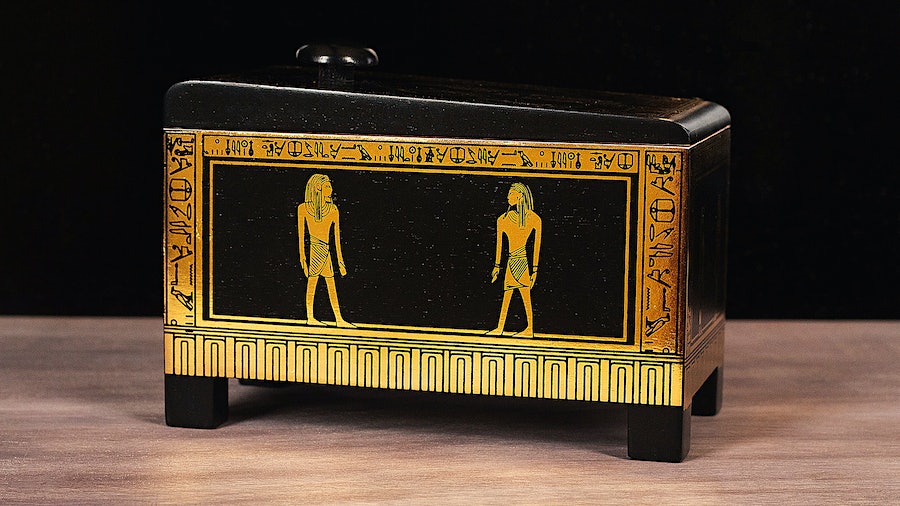 Senetjer is the ancient Egyptian word for incense, which in direct translation means “of the gods.” The scarab atop of the presentation box is the symbol of the Egyptian god Khepri and signifies rebirth.

Tutankhamun was pharaoh of Egypt during the 18th Dynasty of what is known as the New Kingdom period (circa 1550-1069 B.C.E.). He ascended the throne at an extremely young age (he was only eight or nine) and ruled until his death in 1323 B.C.E., when he was no older than 19. The discovery of his tomb was a major historical find and rekindled public interest in ancient Egypt with artifacts from the site touring the world.

Senejter will be shown at the PCA trade show and is expected to ship to retailers in the fall. The cigars are limited in production to batches of 700 boxes, each with 12 cigars, and they will be released quarterly.
Foundation Cigar Co.