Yesterday marked the start of the Lunar New Year, and according to the Chinese zodiac, it also began the Year of the Rabbit. Fireworks and firecrackers were lit as red dragons paraded through the streets of Asian cities and Chinatowns across the world, so why not continue the celebration and light a cigar? Here is a list of smokes that artfully acknowledge the Year of the Rabbit with stylized boxes, themed bands and unique, limited-edition blends. Each company takes a slightly different design approach, and the cigars come in a variety of price ranges as well. 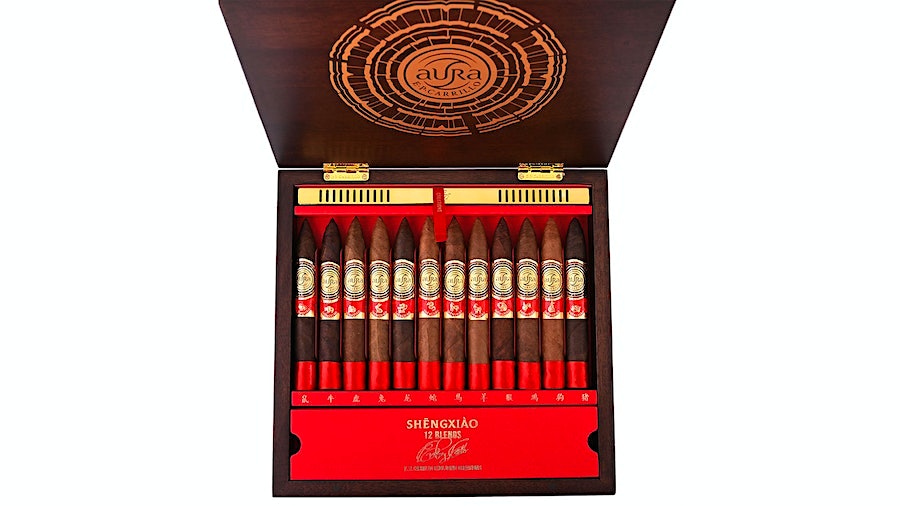 Aura E.P. Carrillo Shengxiao Limited Edition ($83.33)
While this year is the Year of the Rabbit, Aura E.P. Carrillo Shengxiao celebrates the entire Chinese zodiac, which is known as Shengxiao in Mandarin. Made in the Dominican Republic, all the cigars in the set come in the same 6 1/8-by-52 torpedo shape, but each cigar is made with a unique blend intended to represent the 12 animals of the zodiac calendar. The set retails for $1,000 per box or $83.33 per cigar. 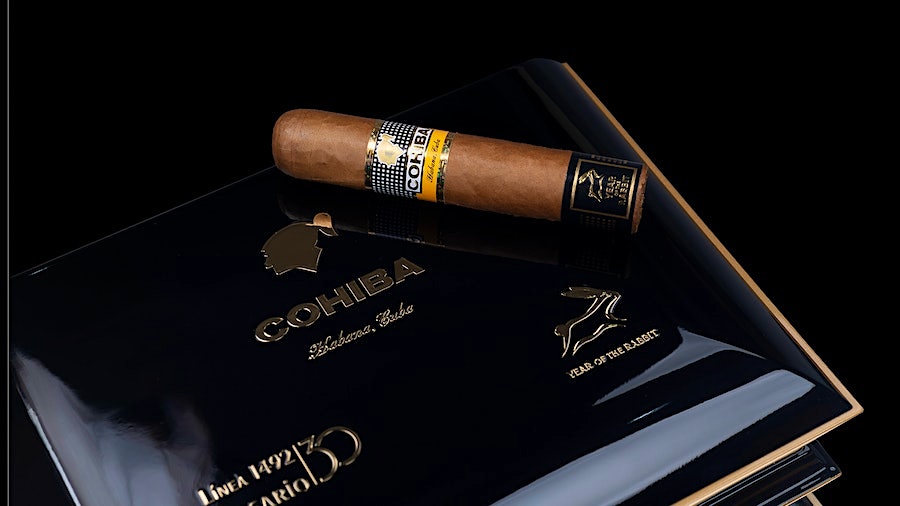 Cohiba Siglo De Oro ($250)
Though unveiled during a series of launch parties throughout Asia—including Hong Kong, Macau and Japan—the rest of the world still awaits this Cuban release. Rolled in a robusto size, these 4 1/2-by-54 Cohibas not only celebrate the Year of the Rabbit but also the 30th anniversary of the Siglo Series (even though technically, that was last year). And because Cohiba is so heavily counterfeited, each box has an NFC chip, so you can authenticate it with your phone. According to sources, the cigars will retail in some markets for $250 per cigar. 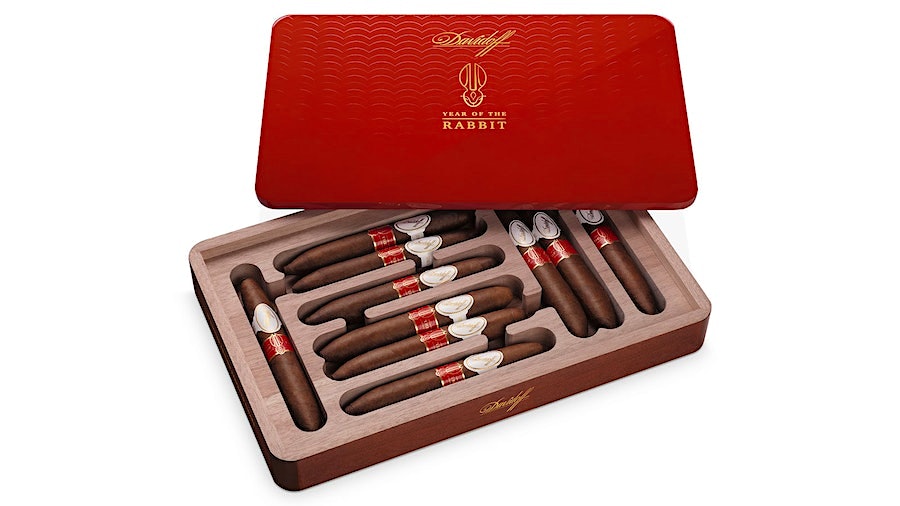 Davidoff Year of the Rabbit Perfecto and Gran Toro ($50, $74)
Davidoff has been by far the most prolific when it comes to commemorating the Lunar New Year with a limited-edition cigar. The Year of the Rabbit is Davidoff’s eleventh release. Topped with a tight pigtail cap, the nearly 6-inch-long Perfecto ($50) has a 54 ring gauge and comes in red boxes of 10 which have been machined with interlocking sections intended to resemble a rabbit warren. A Gran Toro version is also available, and it comes in two types of packages: the lavish 25 Masterpiece Humidors containing 88 cigars, which retails for $39,000, or 24-count boxes that sell for $1,776, or $74 per cigar. 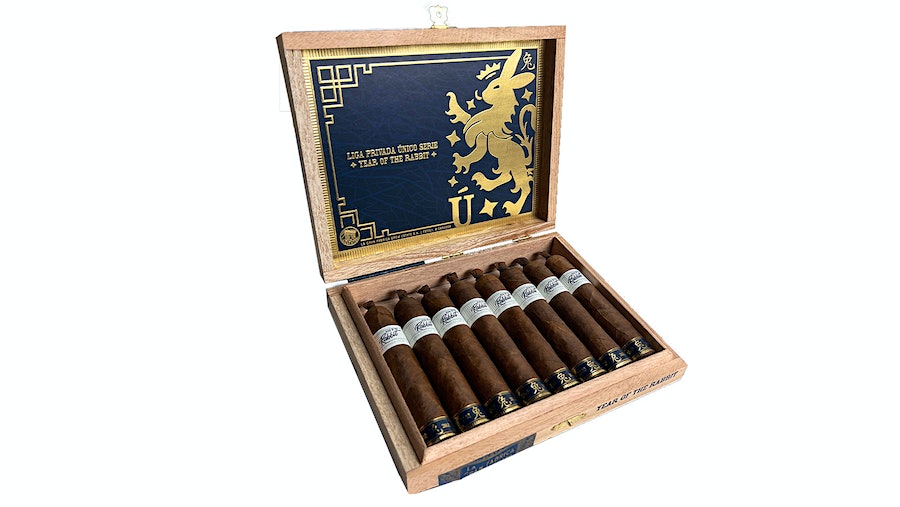 Liga Privada Único Serie Year of the Rabbit
At a squat 4 1/2 by 54, this robusto is the shortest cigar on this list, but is also the most exclusive. It isn’t available for the U.S. or most international markets. Instead, the cigar is sold exclusively through CoH Cigars in Hong Kong and comes in wooden boxes of eight smokes. It’s made in Nicaragua with a dark wrapper that is not Connecticut broadleaf, but rather a Habano seed grown in the Connecticut River Valley. Inside are a Mexican San Andrés binder and fillers from Brazil and Nicaragua. 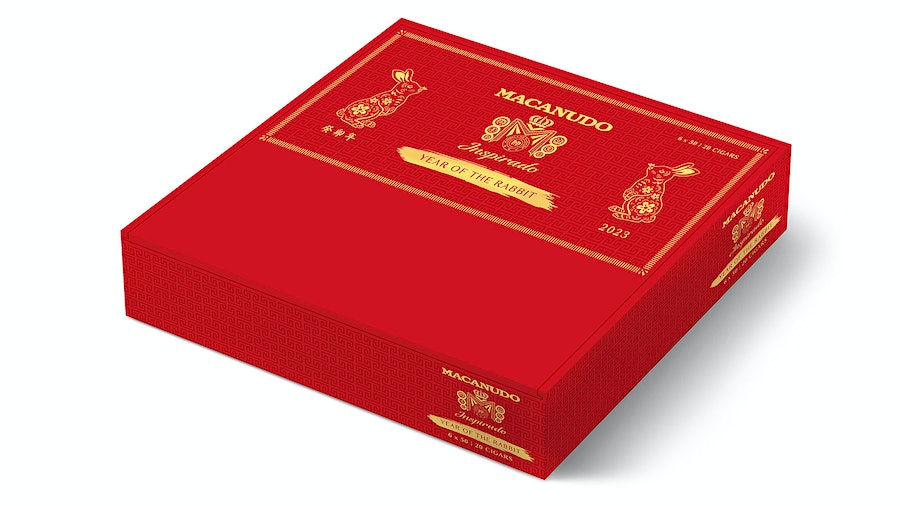 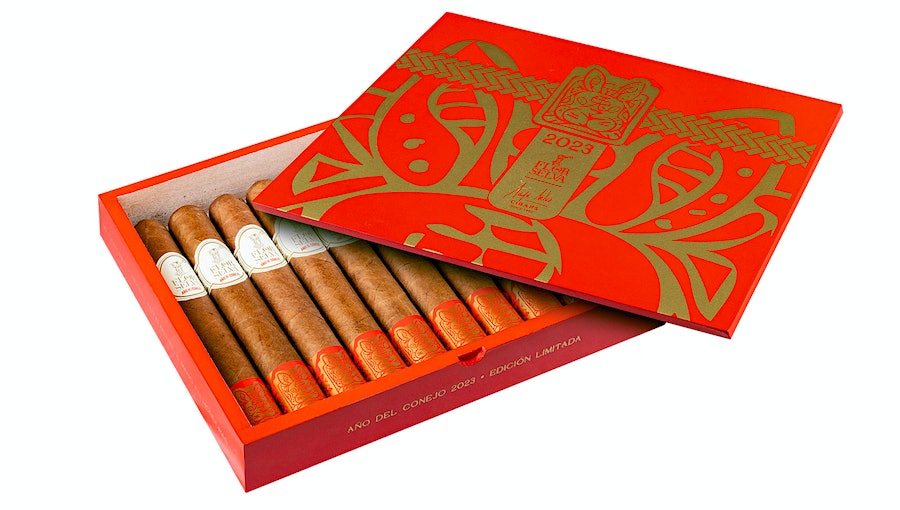 Maya Selva Año del Conejo 2023 ($20.23)
This limited edition is from Maya Selva Cigars, which has been releasing cigars for the Lunar New Year since 2018. Due to the spiritual significance of fauna in both ancient Mayan and Chinese cultures, the boxes are decorated with both Chinese line patterns and Mayan hieroglyphics. At 5 1/2 by 48, the cigar is made in Honduras and composed entirely of Honduran tobacco with a wrapper from the Jamastran Valley and binder from Olancho. Fittingly, only 2,023 boxes of 10 cigars will be produced. 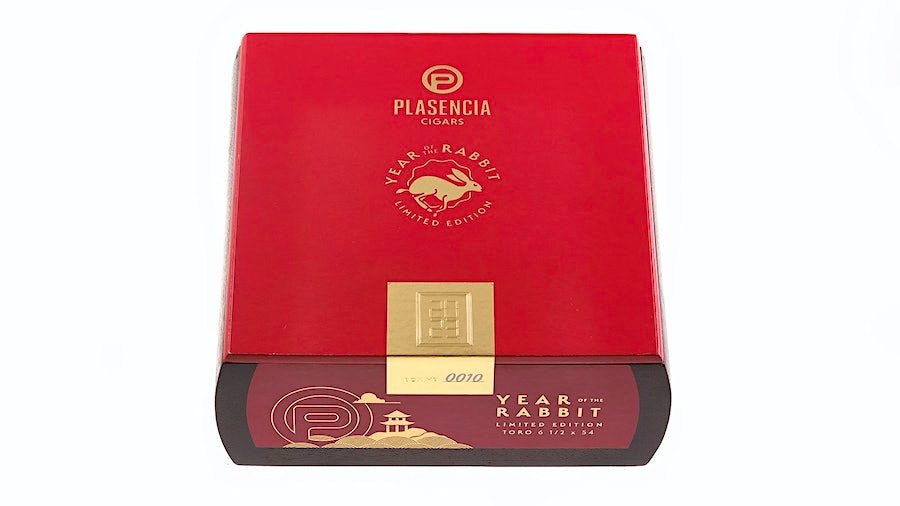 Plasencia Year of the Rabbit Toro ($52)
The only Nicaraguan puro on this list, all of the tobaccos used in this box-pressed 6 1/2 by 54 Toro were grown by the Plasencias and, according to the company, a large emphasis was placed on leaves grown in the Jalapa region of Nicaragua for a mild to medium body. Half of the 6,000 boxes produced for this release will be allocated for the U.S. market, while the rest will be divided among the rest of the world. It’s made in Nicaragua. 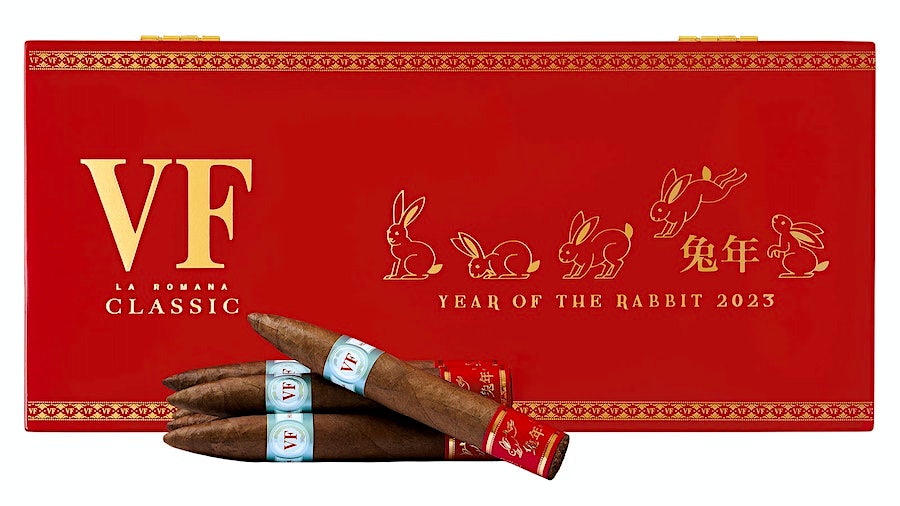 VegaFina Year of the Rabbit 2023 ($12)
Cigar prices are noticeably on the rise, but at $12 each, this 6-by-50 torpedo is the most affordable on the list. For years, the VegaFina brand has been quite popular in the European market for both its low price tag and milder body. According to brand owner Altadis, these cigars start off mild, but the Dominican and Nicaraguan fillers have been blended to steadily become a full-bodied smoke. Packaged in boxes of 16, the Dominican cigars are arranged in two sections of eight, as eight is considered a lucky number in Chinese culture.

Read Next: 13 Strong Cigars For The Full-Bodied Smoker

Tres Delincuentes, the newest cigar brand from Swiss company Cavalier Genéve,  will be on display at …