The company that brought you Cigar Aficionado’s 2020 Cigar of the Year (and 2018’s) is adding a fourth size to its Pledge line. The E.P. Carrillo Pledge Lonsdale Limitada will be debuting at the PCA trade show and it should appear in cigar shops this September.

Like the rest of the cigars in the Pledge line, the Lonsdale Limitada is a box-pressed smoke with a Habano-seed wrapper from Connecticut, an Ecuadoran binder and Nicaraguan filler. It measures 6 1/2 inches long by 43 ring gauge, and is set to retail for $12 a cigar or $240 per 20-count box. Only 1,500 boxes are being released. 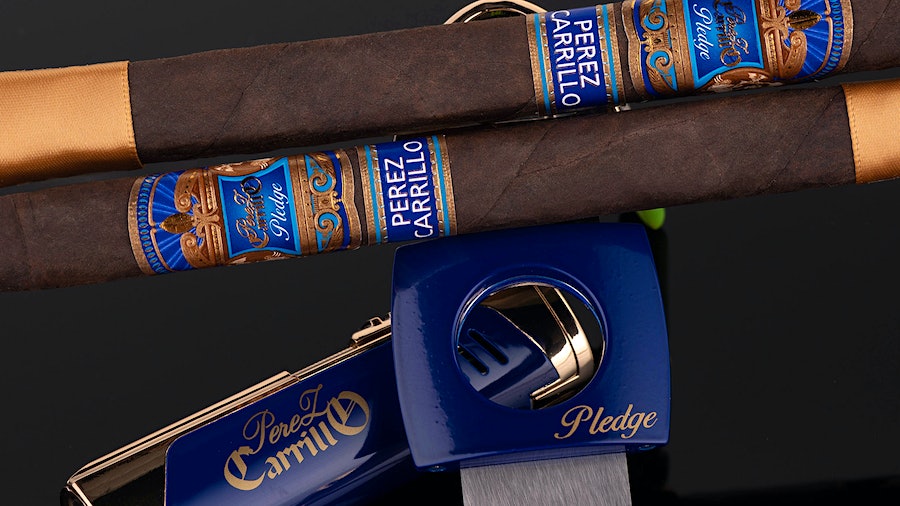 Made in the Dominican Republic at the La Alianza factory, the new size was inspired by way of consumer feedback. E.P. Carrillo decided to conduct a survey with its internal community of customers and retailers to ask what they were looking for in a new cigar. The feedback they received was that a majority of respondents wanted a more flavorful, smaller ring gauge cigar, and hence, the Pledge Lonsdale Limitada was born. Brand owner Ernesto Perez-Carrillo expects this to be one of the company’s boldest cigars to date.

E.P. Carrillo’s Pledge brand has quickly built a strong reputation. The 2020 Cigar of the Year, Pledge Prequel was rated 98 points; the Pledge Sojourn scored 91 points; and the newest, biggest cigar in this line, the Pledge Apogee, was rated 93 points in a recent blind tasting by Cigar Aficionado. E.P. Carrillo now looks to translate Pledge’s character into a skinnier size, but this isn’t the first time that E.P. Carrillo has gone thin. The company released a cigar of the same size last year in its La Historia line.

For a rating of the E.P. Carrillo Pledge Lonsdale Limitada, see a future issue of Cigar Insider.