In the heart of the Big Easy, it is completely normal to see people strolling the French Quarter with a cocktail in hand, and nearly as common to see them enjoying cigars. And while you can find cigars at almost any bar or souvenir shop, most of these smokes are low-priced selections that are poorly stored. There is, however, a full-service cigar bar in the Quarter, the city’s most famous neighborhood, home to most of the top hotels and classic New Orleans eateries. Fortunately for smokers, this cigar bar is a very good one.

Cuban Creations sits on a side street just off Jackson Square, the epicenter of New Orleans tourism, and is uniquely grandfathered to allow smoking, a status attached to the building itself which cannot be replicated elsewhere, as the city banned most indoor smoking in 2015. One unique attribute of New Orleans is that many buildings house hidden interior gardens or courtyards, and you never know what lies behind the façade. In this case, the big surprise is that the structure was once a fancy bath house, and the cavernous back room is an ornate marble atrium with high-vaulted ceilings and columns evoking the grandeur of ancient Rome. 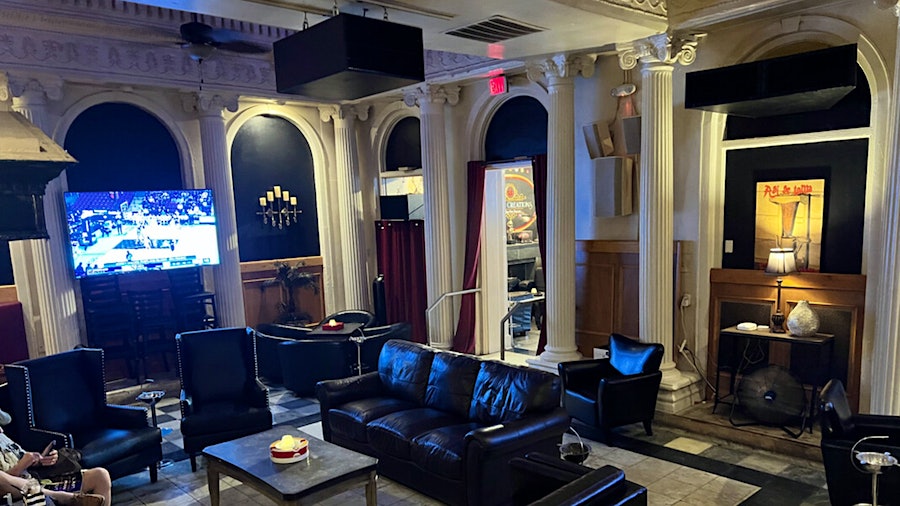 The space cries out for relaxation and is filled with heavy black leather couches and chairs, cigar lockers (including a locker for one of the local Mardi Gras krewes) and three domino tables in the corners for a bit of Caribbean flair. The crowd is uniquely split between local patrons and politicians—often during the week and daytime—and the tourists, who stumble in off the street later in the day and on weekends. Many times, the tourists become immediate regulars during their stay.

“We see this all the time when a tourist walks by on their first day here, usually a Thursday, pops in, and then comes back once or twice a day for the rest of their weekend,” said Andrew Wilson, who has owned the bar for the past four years. “Next time they visit New Orleans we are the first stop.”

Wilson, a former casino marketing executive with MGM Resorts in Las Vegas, is trying to bring some of Sin City’s sophisticated cigar culture here to the Big Easy.

“There is a big history of cigars in New Orleans," Wilson says, "but on Bourbon Street is a lot of low quality, cigars sitting out in the open, and here it is hot and humid, people are drinking and just grab any old thing. We are trying to bring back the traditional quality in a nicer setting.” 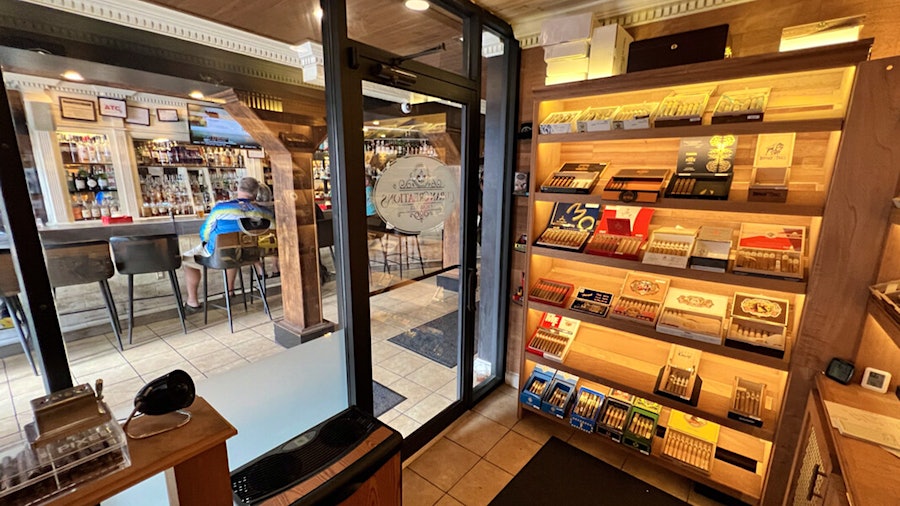 The front half of Cuban Creations is an actual bar, with a sports theme tied to Wilson’s collection of autographed memorabilia, and some televisions. Behind the bar is a curated spirits selection, focused on whiskies, with broad ranges of limited-release Scotches from Balvenie, Glenfiddich and Macallan, including much older expressions and rarities such as A Night on Earth in Scotland. There is also a slate of hard-to-find Bourbons, such as the full lineup of Blanton’s, and many ryes, the base for the city’s signature Sazerac cocktail, a bestseller here. After dinner, demand switches to martinis.

Wilson built a custom walk-in humidor from Spanish cedar opposite the bar, and carries all the usual popular brands: Cohiba, Macanudo, Romeo y Julieta, Montecristo, Oliva and Plasencia. But several less-common brands are local favorites and top sellers, including an array of Graycliff from the Bahamas, Louisiana native and former NBA star Karl Malone’s signature smokes by La Aurora, and Southern Draw Rose of Sharon. He also sees high demand for the Padrón and My Father brands.

In the height of the pandemic, Wilson added a canopied sidewalk sitting area of couches and tables, which has proven so popular he is making it permanent. During my visit, several passersby noticed it, sat, and ordered cigars and cocktails without ever entering the bar. He also put a smoker outside and started serving pulled pork and ribs and has since taken over the small empty storefront next door, which he is turning into a takeout Southern BBQ joint. This will complete his dream trifecta: “It’s a man cave—cigars, drinks and BBQ.”