Entering the underground sanctum known as the Chai du Fondateur, or Founder’s Cellar, at Cognac giant Hennessy, makes a visitor feel as if he has opened a door on a long-closed vault, or a room where Indiana Jones might explore, whip in hand. For here, in a dank space not far from the Charente River in France, are ancient casks, chalk-marked with dates from well over 100 years ago. Dust sits on the containers, which sleep in the shadows of cobwebs. Other nooks hold demijohns—six-gallon glass vessels enveloped in wicker—of even older liquid.

This is the place where the Cognac maker keeps its best stores of eaux de vie, the wine-based distillates that will be married to create Cognac, the world’s best-known brandy. Taken as whole, Hennessy is a spirits maker that sprawls throughout France’s Cognac region, tying together a system of grape growers, distillers, coopers and warehousers who create much of the world’s supply of the cherished brandy that is named for the area.

It recently opened its Founder’s Cellar to limited tours—only two visitors can attend at a time. The restriction is an important one as guests will want to focus their attention and palates on the drinks at hand, beginning with a sampling of eaux de vie and building to the tasting’s culminating tour de force: Paradis Impérial, an inspired marriage of the company’s most precious Cognac that fetches a price of $3,000 a bottle.

Cognac is often called a blender’s art, uniting a spectrum of singular examples to finesse a complex whole. Hennessy judges Paradis Impérial to be the height of that art, made with the company’s top eaux de vie (one in a thousand make the cut) and then melded with another 100 or so of its ilk. The expression doesn’t disappoint. What follows is a multifaceted flavor journey that wends through subtle flowers to exotic fruits and citrus and on to spices, nuts, cheese and herbs, and then finishes for hours. 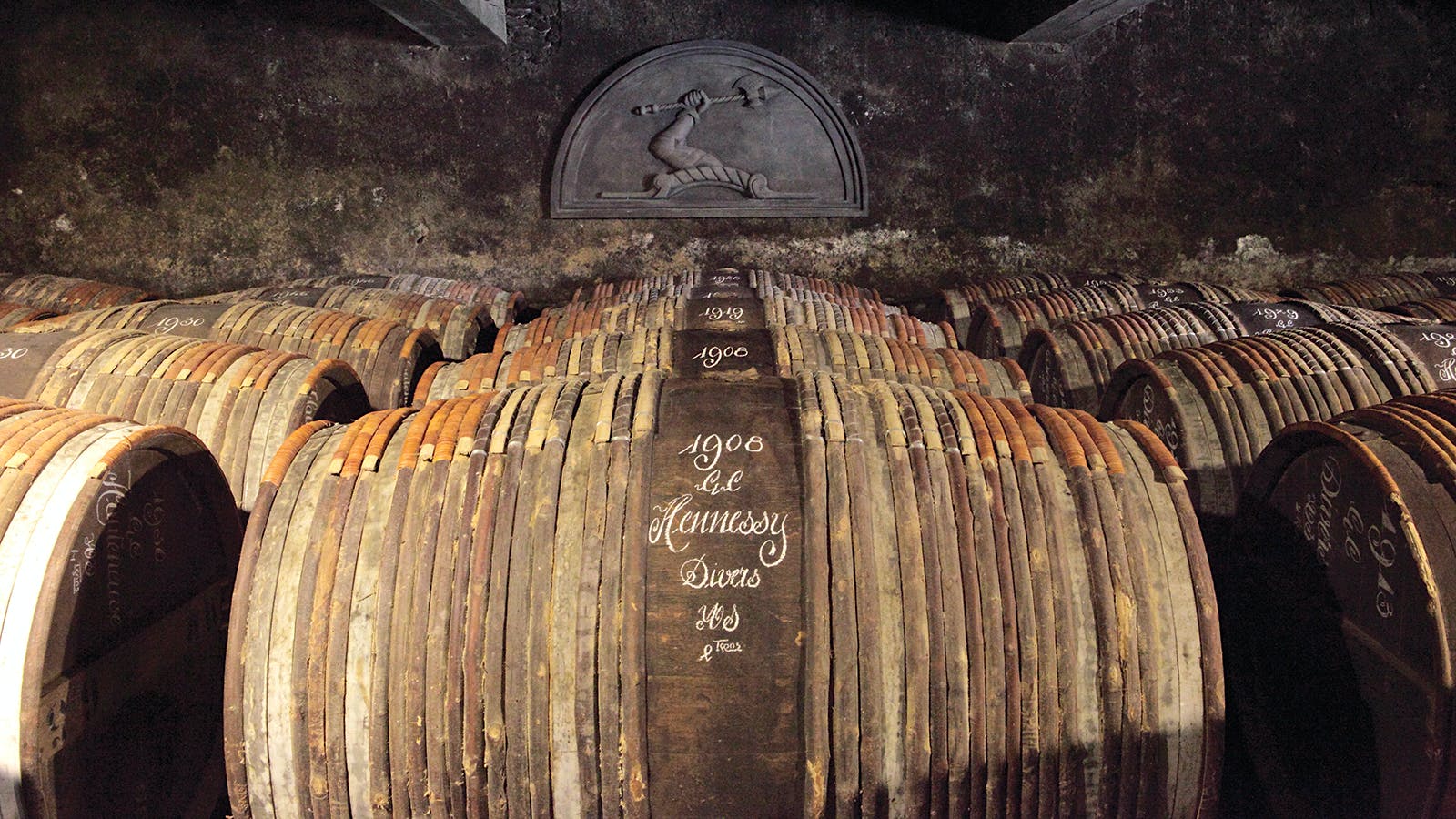 The Chai du Fondateur (founder’s cellar) at Hennessy, where ancient casks of eaux de vie patiently await their turn to be blended into superior Cognac.

Welcome to the top tier of Cognac, a place of enjoyment that is well worth exploring. Even while the region is a lovely pastoral expanse of vineyards, not too far from Bordeaux, the process of crafting Cognac can seem a little mechanized, with spirits being pumped in pipes from container to container. But many makers maintain these cellars—sometimes called a paradis—that immediately dispel that notion.

Modern concerns are abandoned as casks are allowed to remain undisturbed until they offer up their gifts. Industrial neatness is no longer an issue. Cobwebs can grow to the thickness of ropes. It is here that Cognac makers flex their considerable blending muscles to show just why this storied spirit is so revered. With this sort of exclusivity not only comes high price tags. It’s a rarity to see some examples released in batches of more than a few hundred bottles.

If your previous experience with Cognac has been limited to such entry-level spirits as VS (minimum two years maturation) or VSOP (minimum four years) prepare to be blown away. Even if you swim in the deep ends of Napoleon (aged at least six years) and XO (10 years), these top-level expressions, which are often aged in the 30- to 50-year realm, will astound you.

The bureau that oversees Cognac production has no official classification for brandy over 10 years old, but a few phrases indicate exceptional maturation, terms like “family” and “old reserve” (vieille réserve) as well as “beyond age” (hors d’age).

In a sense, the four biggest houses, Courvoisier, Hennessy, Martell and Rémy Martin, which collectively produce about 90 percent of the world’s Cognac, have a head start on creating a wow factor. They easily outstrip the smaller concerns with their enormous stocks and ability to keep eaux de vie on reserve for a century and more.

Certainly, Rémy Martin’s Louis XIII is known even beyond the Cognac world as a hyper-premium marque. But smaller, family-run houses often have had the longevity in this region that thrives on tradition to have collected old reserves that allow for special releases, if not on a regular basis, at least periodically. 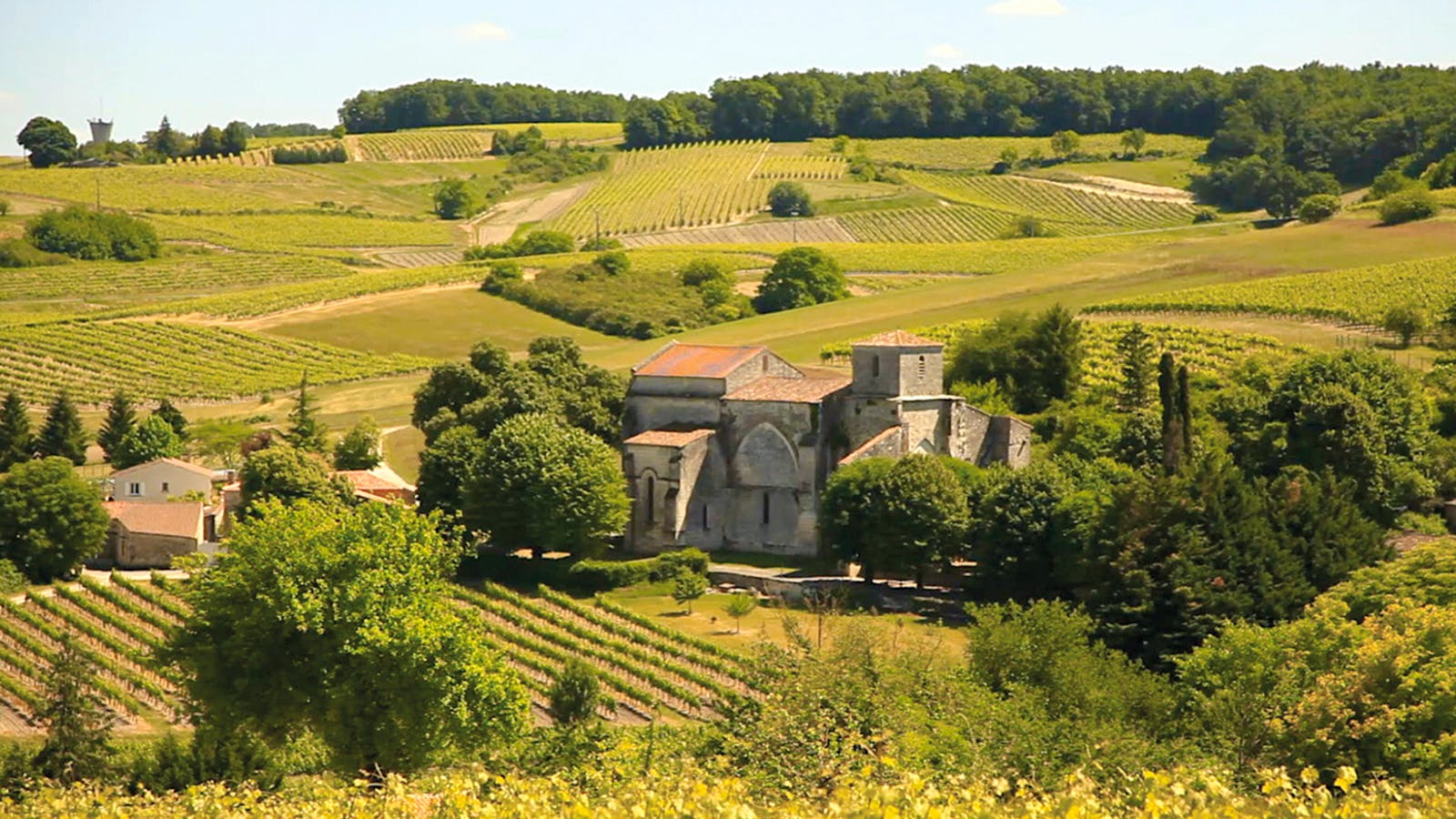 Courvoisier grows some of its grapes on its own estate, but like most Cognac makers, it also uses wines from the area’s private growers.

Furthermore, age is not the only factor that distinguishes a great Cognac from the run-of-the-mill quaffs that are best enjoyed with mixers rather than as something to sip and savor with a fine cigar. Within the Cognac region are six growing areas, or crus: Grande Champagne, Petite Champagne, Borderies, Fin Bois, Bon Bois and Bois Ordinaires. Each brings its own distinctive traits, but some are more valued than others.

The two Champagne crus (nothing to do with France’s sparkling wine) are traditionally most highly cherished, and the brandies that contain only those are designated Fine Champagne. Some houses, such as Rémy, cleave only to the Grande Champagne cru, with its chalky soil. However, other crus, especially Borderies, are becoming esteemed and sometimes used exclusively in particular Cognacs to showcase other qualities.

Another point of departure is to bottle Cognacs that represent the product of only one year. These vintage brandies, such as some of the Hine expressions, are distinct because the grapes that make up their raw material vary in taste from year to year. A vintage Cognac will capture a picture of the weather when the grapes were born.

The epitome of isolating Cognac to very few influences is to abandon the blending dictum altogether and bottle a Cognac that comes from a single cask.

The liquor négociant PM Spirits does this by procuring casks from local growers who sometimes ferment, distill and age some of their own crops to later sell to blenders. The firm’s founder spends much of his time haunting the barns and cellars of farmers who double as craft distillers, looking for the casks that have escaped the notice of the greater Cognac combines.

Some of these are such standouts that the company decides they deserve to stand on their own.

The results can be noble, but also can’t be replicated. Enjoy them while they’re here. When they’re gone, they’re gone.