Should your travels take you to the Mediterranean basin, keep your eyes open for the Sancho Panza ΟΜΗΡΟΣ, a Regional Edition Cuban cigar made exclusively for Cyprus and Greece. It measures 4 3/4 inches long by 54 ring gauge—the same size as an H. Upmann Magnum 54—and is now available at shops in both countries.

For those who can’t read ancient Greek, “ΟΜΗΡΟΣ” translates to Homer, a nod to the epic poet who penned The Iliad and The Odyssey, two canonic works of ancient Greek literature. It’s perhaps a bit of poetic justice that this cigar is named for a literary figure, as the Sancho Panza brand has literary roots as well. Sancho Panza is a character from the epic Spanish Cervantes novel Don Quixote. 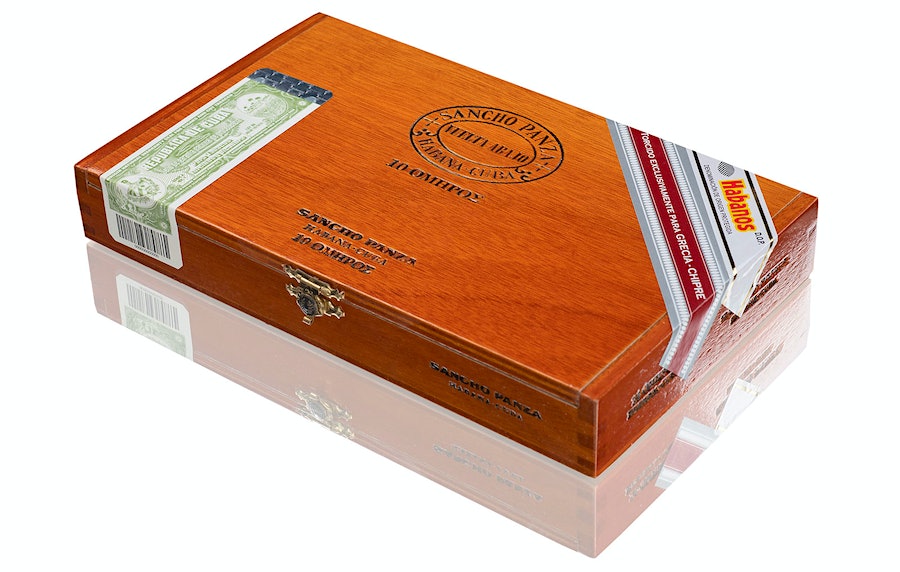 This Sancho Panza was intended for 2020, but like so many Cuban cigars, the release date was delayed. The Regional Edition was unveiled in typical celebratory fashion late last month at a lavish launch party at Nammos, a seaside venue in Limassol on the coast of Cyprus.

The Sancho Panza ΟΜΗΡΟΣ comes to market via Phoenicia Trading A.A., one of the world’s biggest distributors of Cuban cigars.