His name might not be familiar to many cigar smokers, but Luciano Meirelles has spent a little more than a decade working in the cigar industry, trying to make inroads in the business. If you’ve never heard the name, you may have heard of his company, ACE Prime, an operation powered by the Tabacalera Pichardo factory in Nicaragua. Meirelles garnered some attention when he made a splash debut at the 2019 PCA trade show, with a court on the showroom floor and former NBA star Dominique Wilkins in attendance. And he recently partnered with Crowned Heads, which, as of April, distributes all ACE Prime brands.

Now 45, Meirelles has left his previous life of international business and is completely entrenched in the world of premium cigars. He came to Cigar Aficionado’s New York City office earlier in the year and sat with managing editor Greg Mottola to discuss his brands and how he intends on establishing himself in such a small, competitive market. Due to Covid-19, the rest of the interview was conducted via email.

MOTTOLA: Where are you from?
MEIRELLES: My family is from Northern Italy and Portugal. I was raised in São Paulo, Brazil, and lived there for 16 years.

Q: Where did you go to school?
A: I ended up initiating my bachelor's at the Royal Academy of Music in London and finished my degree at the Mackenzie Presbyterian University in São Paulo. 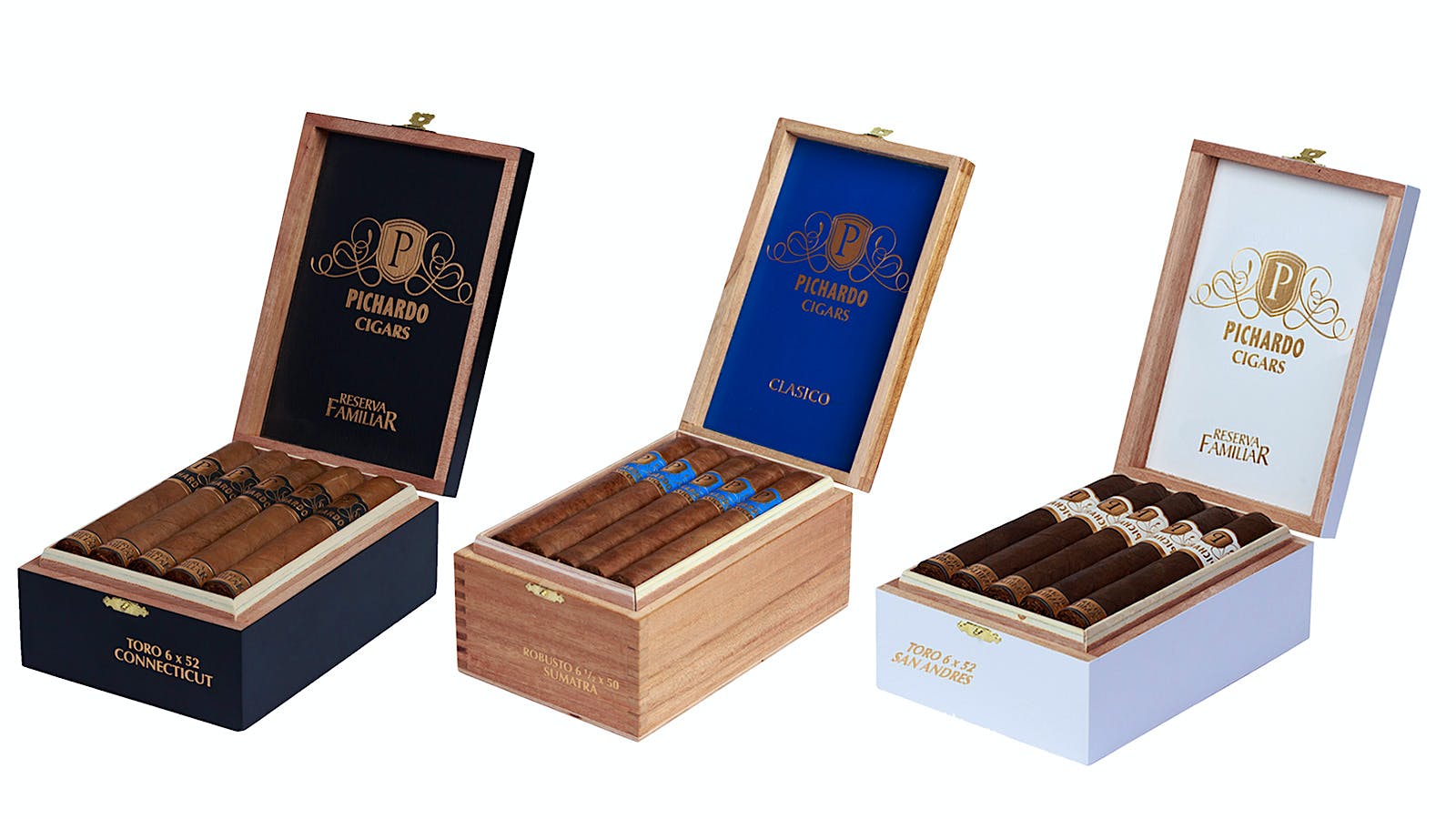 Q: When did you smoke your first cigar?
A: It was in 1993. I was 18 years old and I remember the cigar. It was a Bolivar. I just had dinner at a restaurant in Jardins, São Paulo, with a very good friend who introduced me to cigars.

Q: How long have you been in the cigar industry?
A: Over 12 years now.

Q: What did you do before cigars?
A: Right after school, I started selling annuities and insurance policies to large corporations, all before developing my own business ventures. I was only 22 years old when I created my first investment fund.

Q: How did that lead to cigars?
A: Due to my personal relationships in the private equity sector and the financial market at the time, I created one of the most influential political consultancy companies in Latin America. It was because of my international political consultancy that I had the chance to work for the Dominican Republic, representing the cigar industry.

Q: When was that?
A: It was in 2008. I was hired by the Dominican Republic government to fight for taxation relief on Dominican cigars in Brazil, Argentina and other South American countries. During that time, I met Ernesto Perez-Carrillo. He was still working for General Cigar. We immediately connected. During his transition from General to creating Tabacalera La Alianza in 2009, we became closer and he became my inspiration to start my own cigar business.

Q: How did Perez-Carrillo help you?
A: Ernesto introduced me to Eradio Pichardo, who became a dear friend and mentor. Pichardo fled Cuba in 2005. He worked for Habanos S.A. for many years. 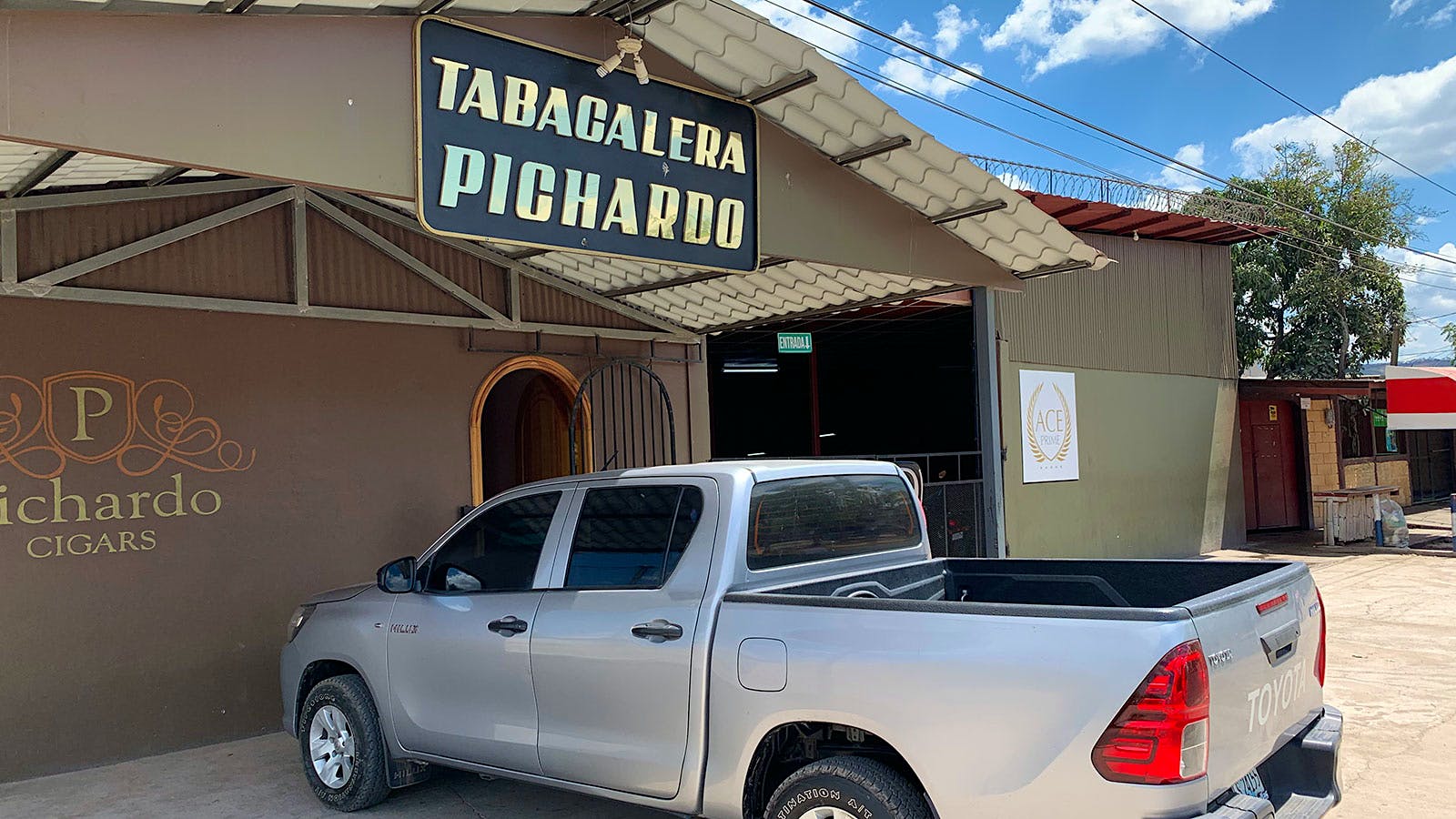 The facade of Tabacalera Pichardo in Estelí, Nicaragua. It produces about 3 million cigars a year.

Q: How did the partnership happen?
A: Pichardo was already in Nicaragua with a very small factory and came over to the Dominican Republic for some meetings with Ernie [Perez-Carrillo]. It felt right to begin my involvement in the cigar industry then and there. Soon after, we opened a factory in Estelí, Nicaragua—Tabacalera Pichardo. It was founded by Eradio Pichardo in February of 2005 as Dhatuey Tabacos before becoming Tabacalera Pichardo in January of 2009 when I became Pichardo’s partner.

Q: So you have any ownership in the factory?
A: Yes, since December 2008 when it was Dhatuey and eventually when it became Tabacalera Pichardo the next year.

Q: How many rollers does Tabacalera Pichardo have?
A: We have 64 bunchers and rollers. Between the factory and processing facilities, we have a total of 123 employees. This does not take into account the workers from our farms in Condega, Pueblo Nuevo and Ecuador.

Q: Tell me about your farms, and how you obtain tobacco.
A: We have farms in Ecuador where we grow mainly wrappers. We grow Corojo ’98 and ’99, Criollo 2012, different strains of Sumatra and a Connecticut-seed hybrid, to which we have proprietary rights. Pichardo developed that seed.

Q: And what about Nicaragua?
A: In Nicaragua, we also have one farm in Condega and one in Pueblo Nuevo. We grow mainly filler there. Criollo and Corojo. We have partnered with other growers in Peru and Costa Rica.

Q: Tell me about the origins of ACE Prime?
A: Ace Prime LLC [the brand holder] and Ace Prime Cigars Corp. [the distribution company] officially started in January 2018, but only launched its own brands in July 2019 at the [PCA] trade show.

Part of the MXS Series, Tiago Splitter is named after the former NBA pro, who also happens to be a partner in ACE Prime.

Q: Who are the partners in ACE Prime and what are their roles?
A: Me, Eradio Pichardo and Tiago Splitter.

Q: As in the former basketball player?
A: Yes. Tiago is now the assistant coach for the Brooklyn Nets, but he is largely involved in the marketing aspects of our brands as well. Eradio is always in Nicaragua managing the factory, working with product development.

Q: What about you?
A: I usually spend two weeks in Nicaragua every month at the factory, but now with Covid-19, I've been stuck at home, just traveling when necessary.

Q: Where’s home for you?
A: Long Grove, a suburb in the Chicago area.

The Classico is a Sumatra wrapper. We recently launched the Pichardo Classico Maduro, which is the same size but box-pressed and has a Brazilian Arapiraca wrapper. 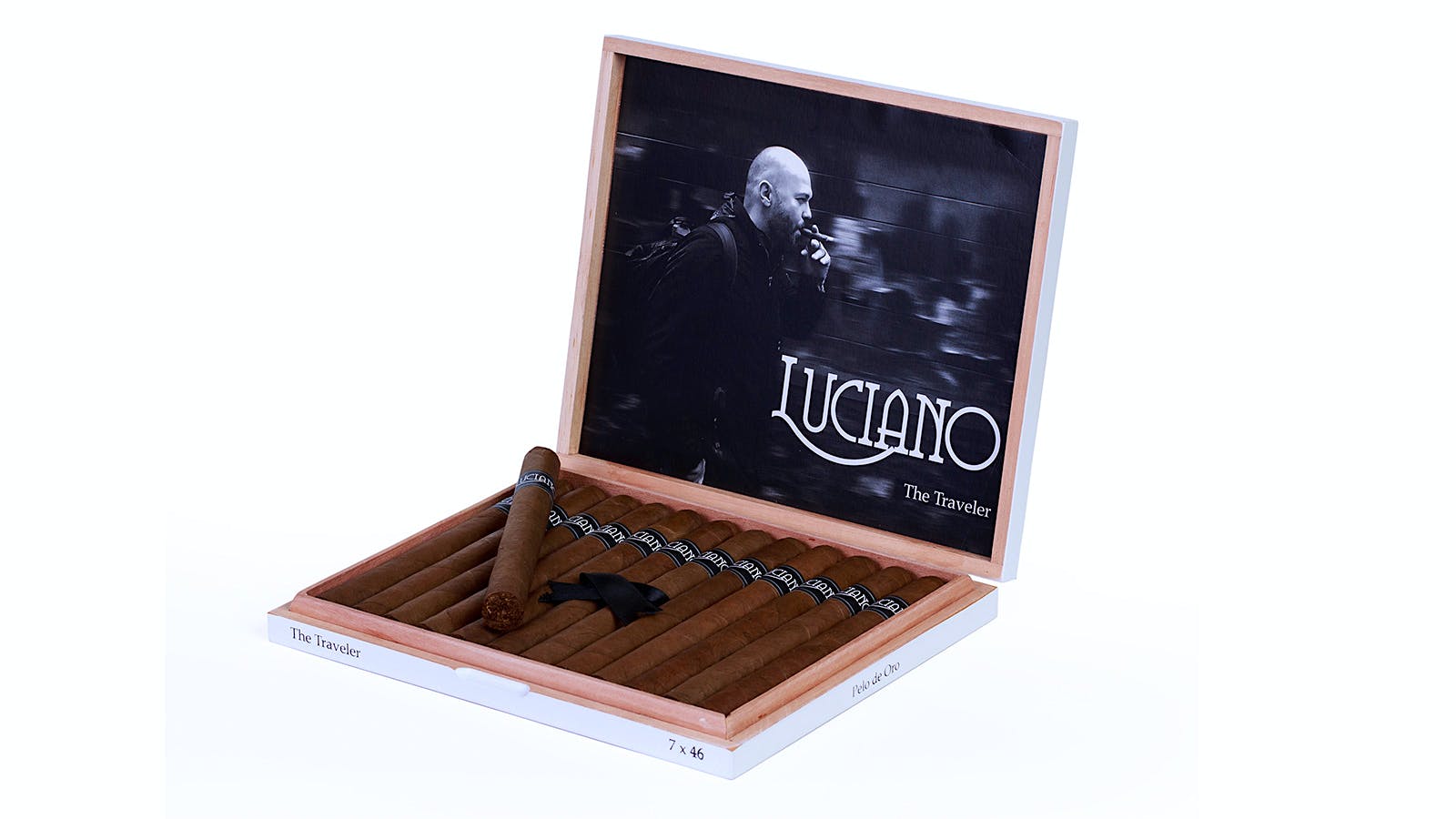 The limited-edition Luciano The Traveler measures 7 inches by 46 ring gauge and is made with Pelo d'Oro filler.

Q: And MXS?
A: That’s our signature line. The MXS is signed by public figures that represent success in their fields. Our signatures so far: Tiago Splitter, [former basketball player] Dominique Wilkins and [former baseball player] Adrián González, which is soon to be launched in September.

Q: All named for retired athletes. I’m seeing a trend here.
A: Yes, I’m definitely most into soccer and basketball. But really, I love all sports. Recently, I’ve been getting more into baseball after a few friends of mine, including Adrián, inspired me to learn more of the game.

Q: How many cigars do you produce each year?
A: Last year, we produced 3.1 million cigars, of which almost 1 million were our own brands. We have, in 2020, already surpassed that number, and we have to this day, since January 1, produced 1.3 million of our own cigars. We expect to end this year with over 3.5 million cigars.

Q: What is the best-selling ACE Prime brand?
A: Luciano and Pichardo probably go head to head. Since the Pichardo brand has five cigars, its sales are bigger in volume. The Luciano brand has great demand.

Q: What are the contract brands that Tabacalera Pichardo produces?
A: We have the Crowned Heads brand, Juarez, and we make cigar brands for the United Arab Emirates, Canada, Brazil, Europe and for a major tobacco company under NDA [non-disclosure agreement]. We also produce small brands in the U.S. such as Atsiniki, A Cuban Experience, Don Eliseo.

Q: Your cigars are distributed by Crowned Heads. How did that relationship come about?
A: We first became connected through our mutual friends in the industry, and more specifically, through Ernie Perez-Carrillo, and later Miguel Schoedel, Crowned Heads’ national sales manager. So, I've known Jon Huber and Mike Conder for a few years now. We developed some blends for them. 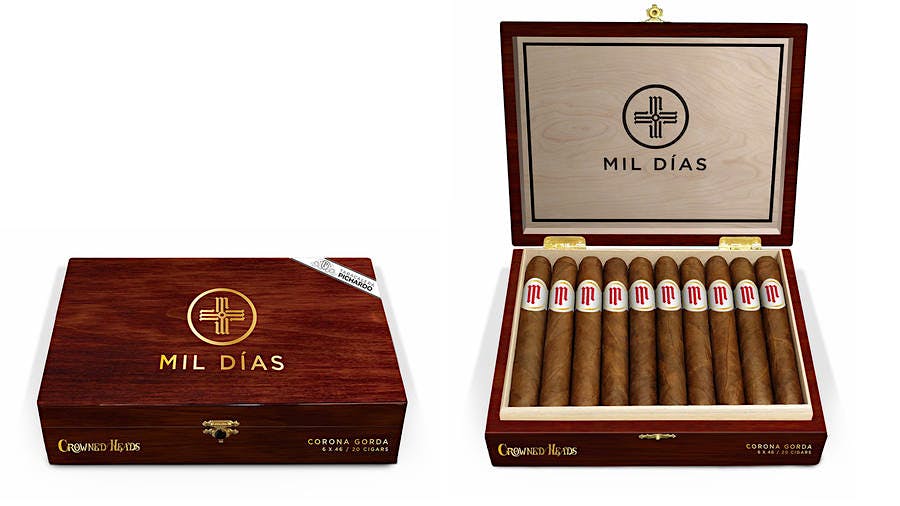 Mil Días is the collaboration brand created by Mereilles and Crowned Heads.

Q: Nicaragua is the hottest cigarmaking country right now. Some might even say it’s saturated. What do you bring to the market that isn’t already there?
A: I could just highlight our recent launches: Mil Días, Luciano The Dreamer and Pichardo Maduro, and how great the cigars are—and they are! However, I would like to share the soul of our business.

Our work could not be merely about profit and products but about the lives we could change with our cigars—both in our factory and in the Estelí community and throughout the world.

During the last few months, we have implemented some changes, one of which is the weekly distribution of some food items to our workers on top of their hourly wages. Our team is giving each worker rice, beans, eggs, chicken and other basic items in order to assure our employees are taken care of. As we capacitate our employees and empower them, there’s so much good that rises to the surface.

If there is a humidor-maker to the stars, it’s probably Daniel Marshall. Self-taught with a talent …