Have you been chasing after the anniversary Cohiba but don’t know where to find it? The pricey Cohiba 55 Aniversario Edición Limitada 2021 is now available in Switzerland. It was released on Tuesday to Casa del Habano retail shops throughout the country, where it has a suggested retail price of 300 Swiss francs ($320) per cigar. A box of 10 goes for 3,000 Swiss francs, which is about $3,200.

If they sell out before you can make it to one of the Casas, the rest of the country will have them next week. Stores deemed Habanos Specialists are scheduled to start selling them on Tuesday, December 13. 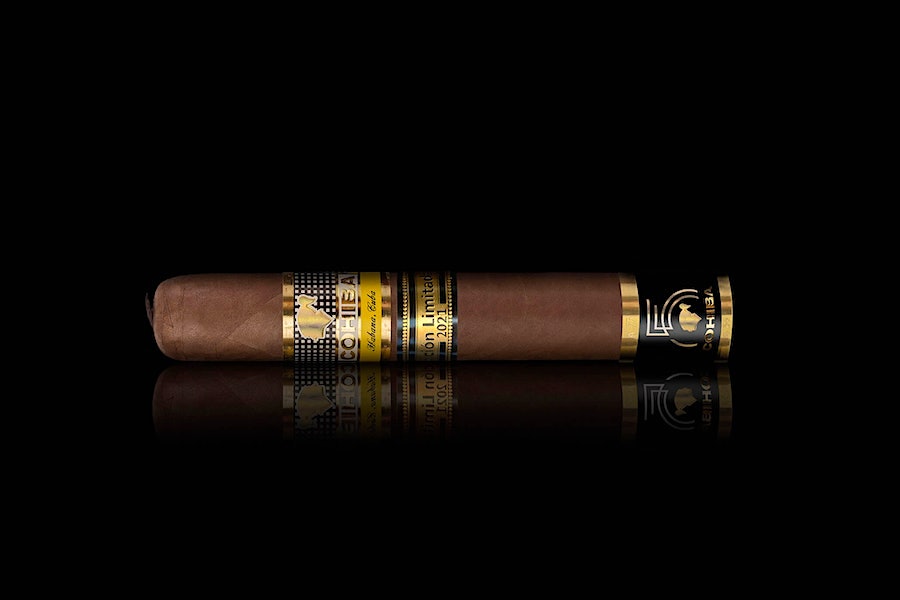 At 5 7/8 inches long by 57 ring gauge, it’s one of the thickest Cohibas ever released. The hefty smoke had a series of launch parties throughout the year, starting with Cyprus and Lebanon in May and then Havana in September. There were small launch parties in Hong Kong, Malaysia and other countries in southeast Asia as well.

Worldwide Cuban cigar distributor Habanos S.A. has been slow with the global rollout. The cigar was intended for release in 2021, and markets such as the United Kingdom and Spain have still yet to see this pricey puro.

Read Next: A World Cup Cuban Cigar From Phoenicia Trading