The clouds cooperated on Monday, holding their rain until all the golf was done at the 2021 Els for Autism Pro-Am at Old Palm Golf Club in Palm Beach Gardens, Florida. When it was finally complete, the showers began, but inclement weather could not wash away the good feelings on this day.

The players had waited long enough for the event, held for the first time since 2019. The pandemic had forced cancellation in the spring of 2020, and necessitated its move from early in the year to December. But it was like old times as a field of enthusiastic amateur golfers joined with professionals from the PGA and LPGA Tours, plus a host of sporting legends, for a day of golf for charity.

This was the 13th Els for Autism Pro-Am, created by Marvin R. Shanken, editor and publisher of Cigar Aficionado, and pro golfer Ernie Els, whose son Ben has autism. The event has raised approximately $13 million since its formation, money that has funded the Els Center of Excellence, an education center in Jupiter, Florida, for children with autism. 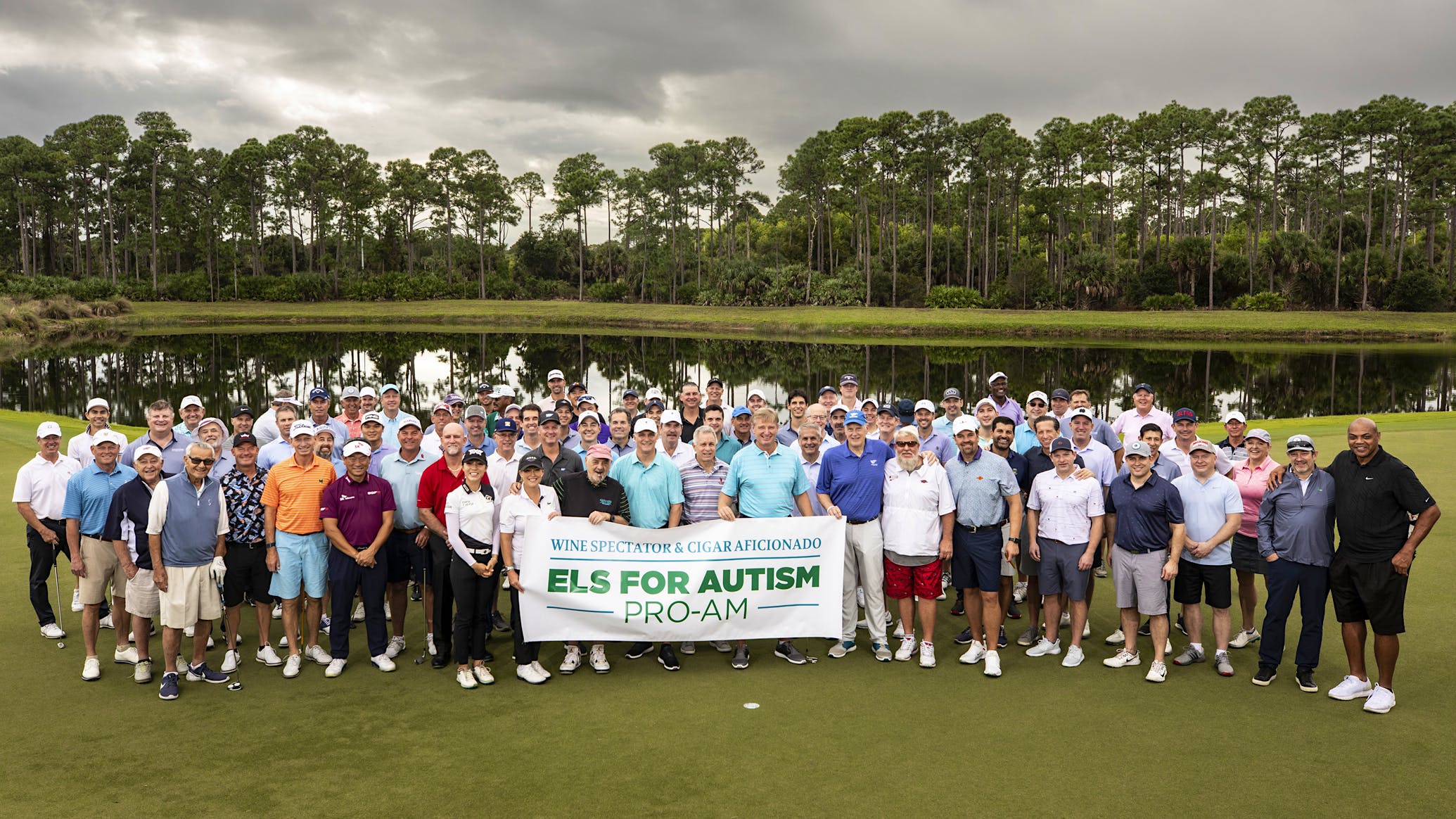 The contestants and pros ready to head out and play at the 2021 Els for Autism Pro-Am at Old Palm Golf Club.

“We all had a great time, and luckily the golf finished just before the heavens opened up and it started pouring. The feedback on the event was happiness had by all, for a great cause,” said Shanken.

Among the participants were some of the biggest names in the sporting world: hockey great Wayne Gretzky (who appeared on the April 1997 cover of Cigar Aficionado), famed basketball star Charles Barkley (who was on the April 2020 cover) and baseball star Mike Piazza, who was profiled by Cigar Aficionado in 2016. Barkley showed off his new-and-improved golf swing, winning not only the long drive competition, but closest to the pin. 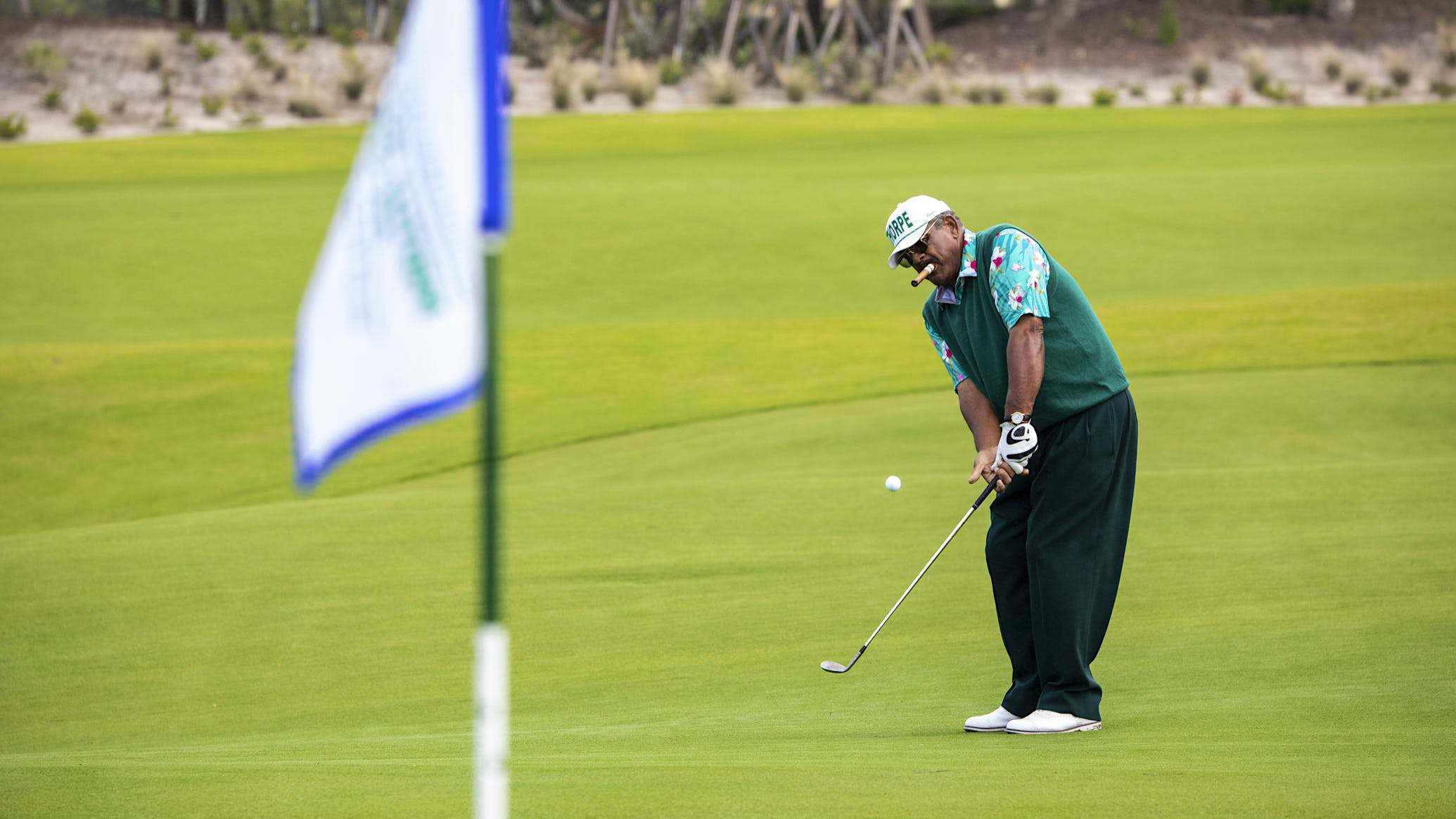 As is tradition, the final part of the event was a hole-in-one contest, with each pro trying to ace Old Palm’s deceptively difficult 19th hole, with water all around. “Two players got very close to a hole in one, Vijay Singh and Camilo Villegas,” said Shanken, though none could claim the prize. (In 2016, Rickie Fowler hit a hole in one at the event, raising $1 million for the charity with one shot.) 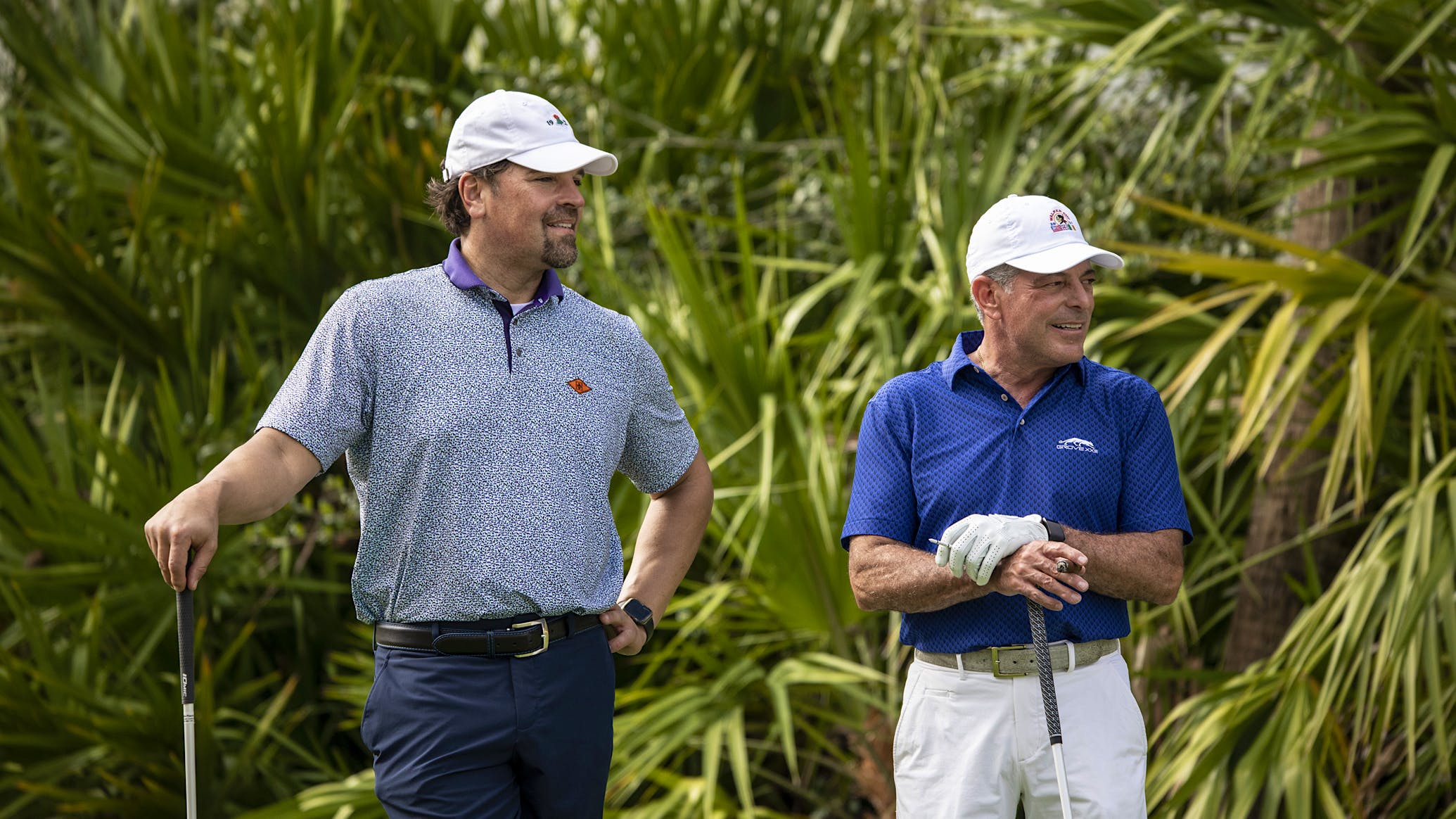 The course had plenty of drink and cigar stations to keep the players quenched and puffing away happily. Avion Tequila, Ernie Els wines, Grey Goose vodka and Terlato pinot grigio wines were poured during the Pro-Am. The cigars were provided by Alec Bradley, Altadis, EPC Cigar Co., La Flor Dominicana and My Father Cigars. 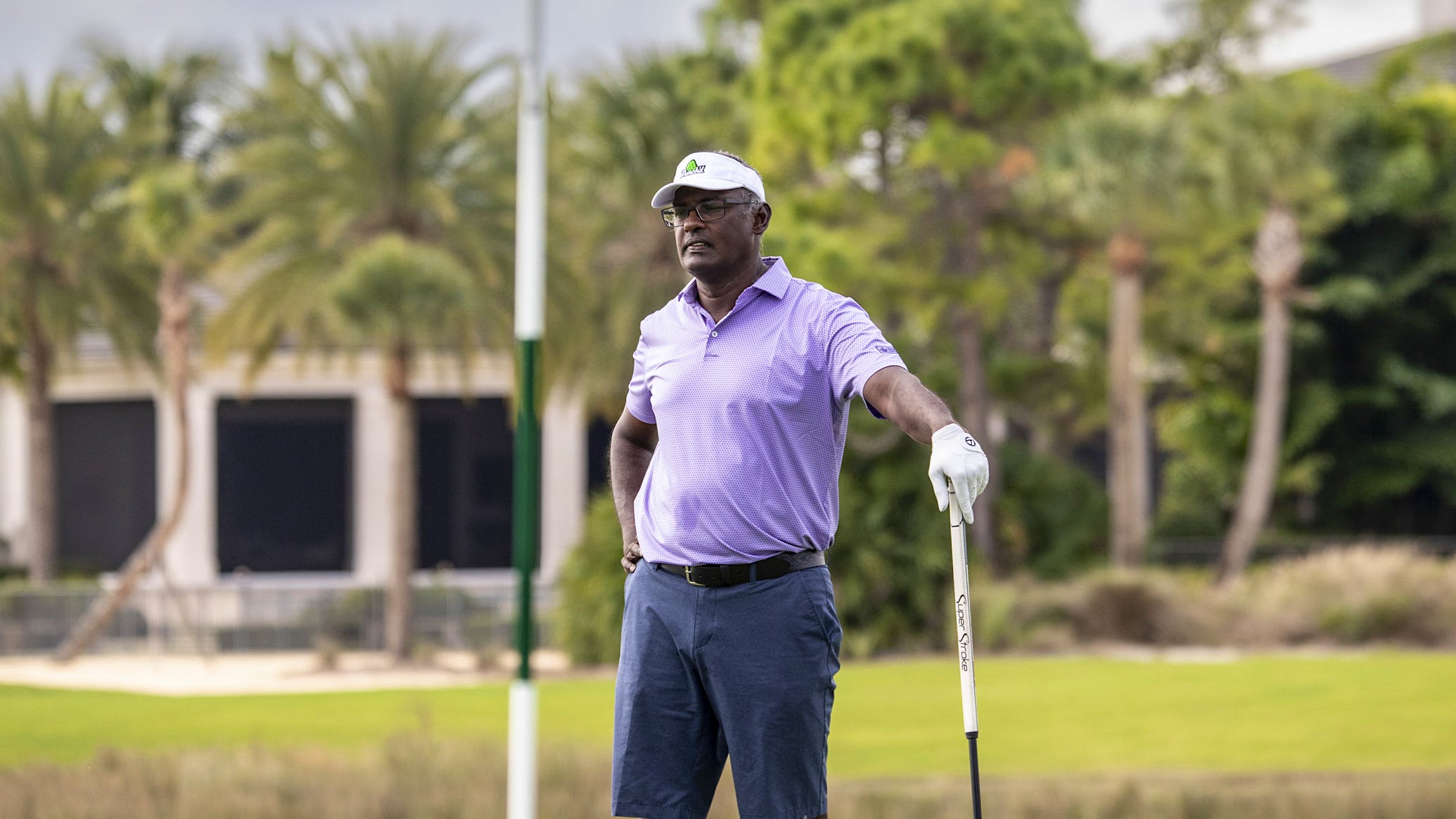 Three-time major winner Vijay Singh on the course at the Pro-Am. 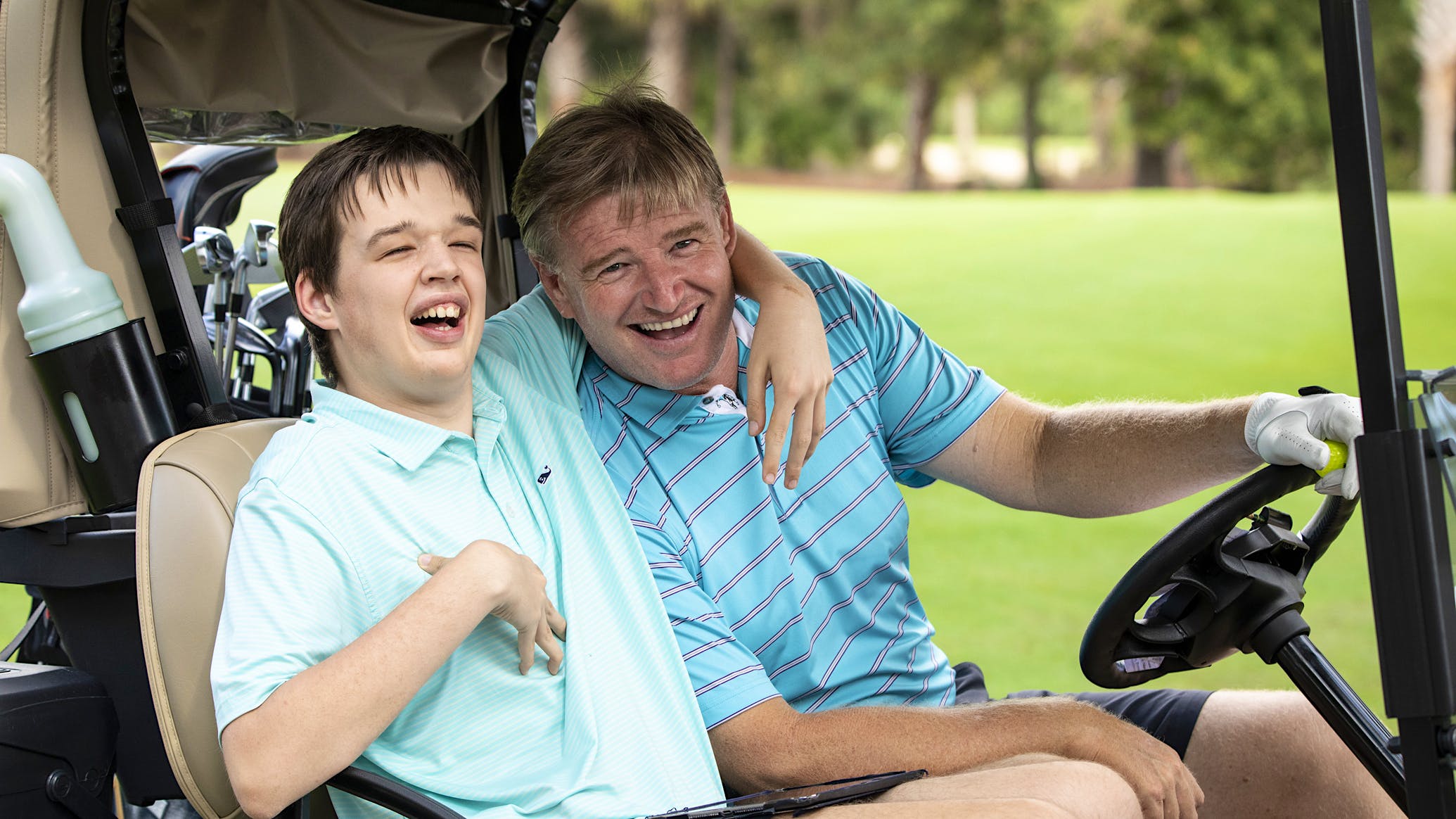 Ernie Els with his son Ben. 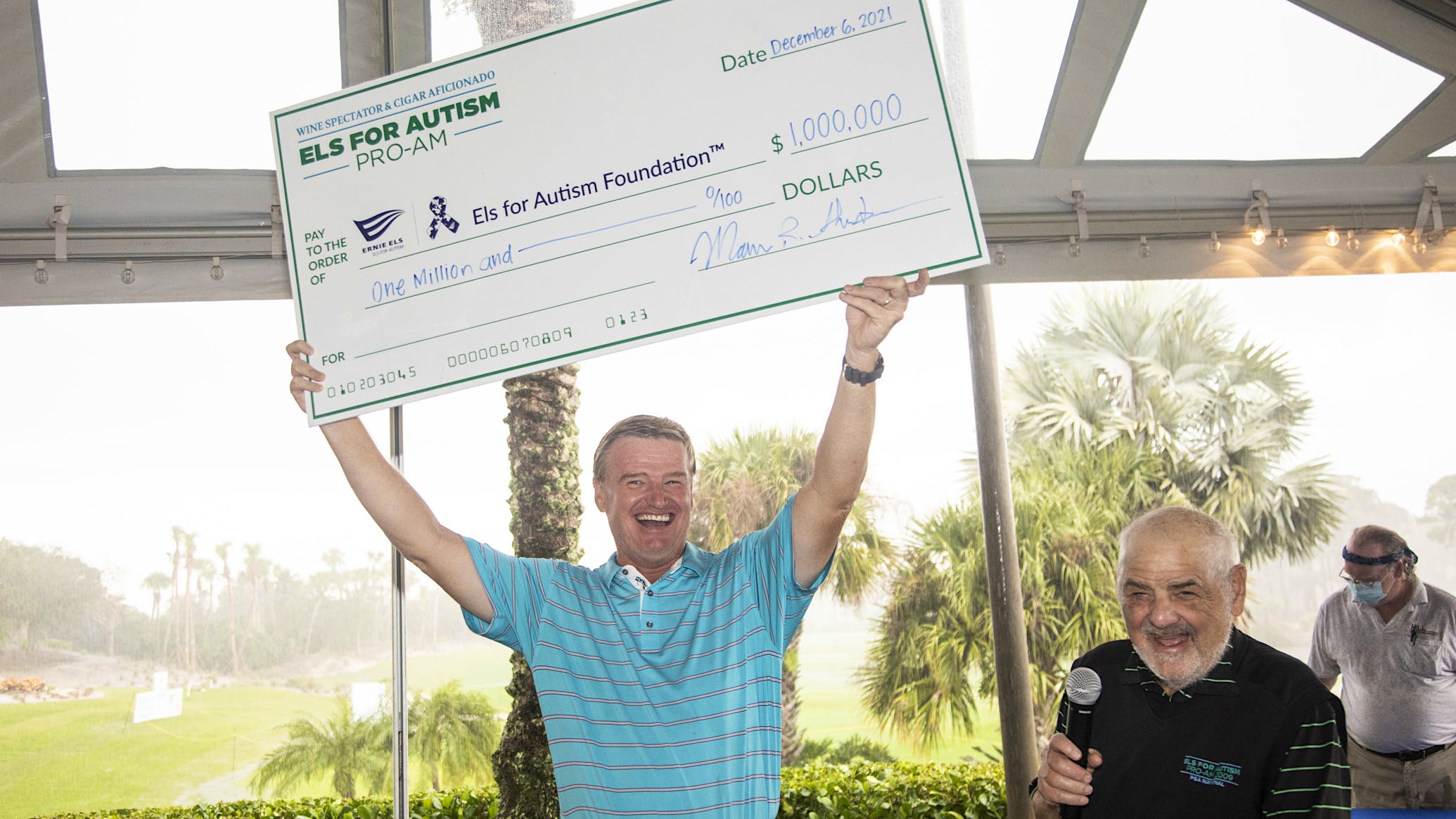 Ernie Els and Marvin R. Shanken at the conclusion of the event, which raised more than $1 million for the charity.

After losing a year to the pandemic, the Els for Autism Pro-Am golf tournament got an assist from the …