It has been 56 years since the passing of British Prime Minister Winston Churchill, but eager fans hoping to own a piece of history are still willing to pay high prices for memorabilia that belonged to the cigar-smoking statesman. Earlier this month, an auction lot that included a humidor, cigars and accessories once owned by Churchill sold to a private collector for £76,250 which amounts to approximately $105,931.

Put up for auction on March 11 via Duke’s Auctions of Dorchester, England, the main item was a Montecristo humidor made of rosewood with a decorative, geometric inlay and an inscription that reads: “The Hon. Winston Churchill” on the inner lid. Also included in the sale were two personalized cigars with tubos, an amber cigar holder mounted in nine-karat gold with its own leather case and a mother-of-pearl penknife.

Churchill became such a 20th century smoking icon he had a cigar size named after him. The cigars included in the auction, however, are not the signature 7 inch by 47 ring gauge Churchill size commonly associated with him. One is a perfecto made by Santa Maria in Havana and the other appears to be a corona or corona gorda size from the A.M. Hirschsprung & Sønner tobacco company in Copenhagen. 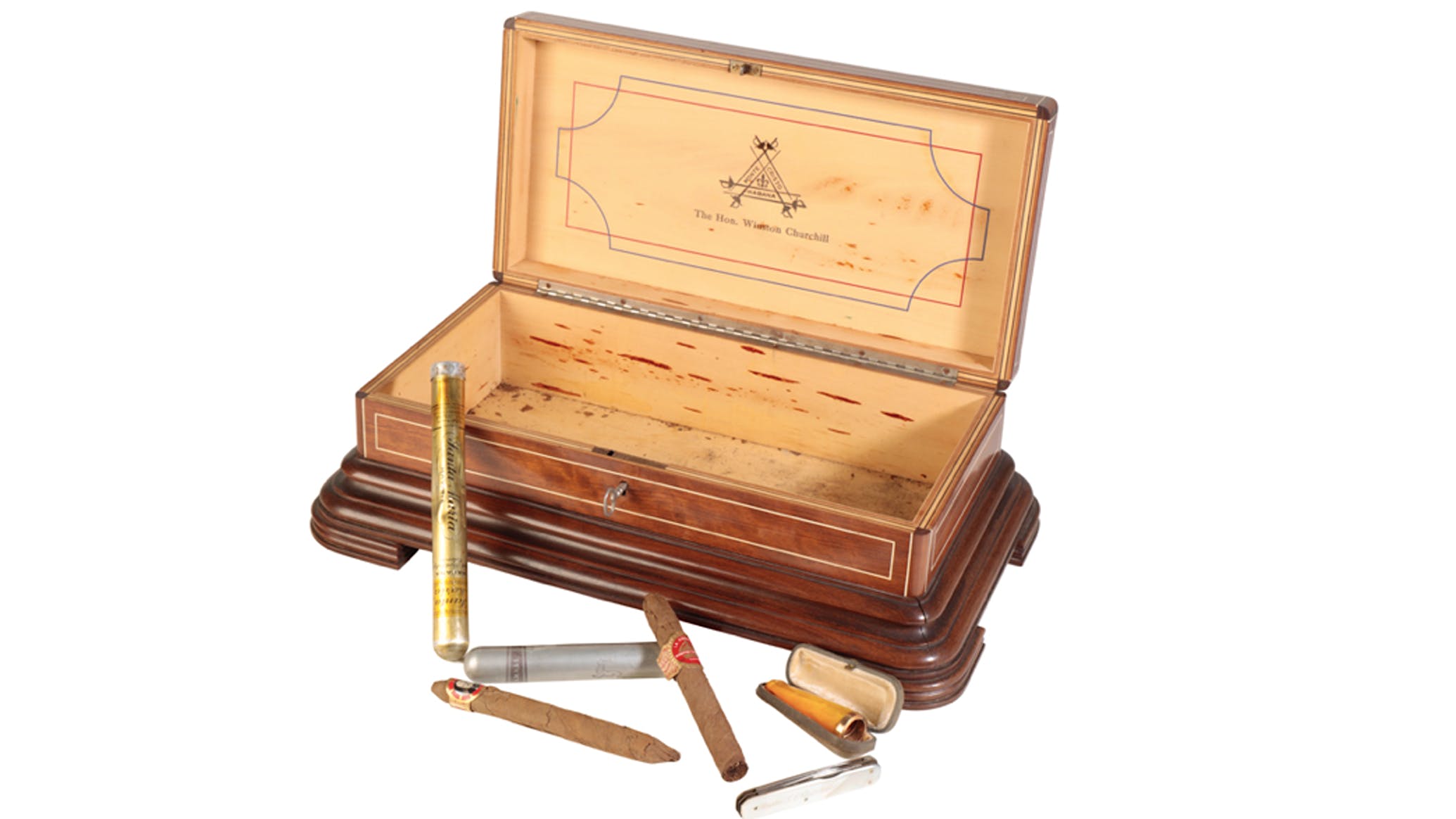 The mother-of-pearl pen-knife, believed to have been used as a cigar cutter, is engraved with “Winston L.S. Churchill.”

These items once belonged to Churchill’s personal valet, Norman McGowan, and were discovered on a shelf during a valuation of a home in Devon, England, by Duke’s specialist Julian Smith.

“It truly is one of those items that if you are lucky enough to discover you never will forget. I am absolutely thrilled that something so special has been such a success on a global scale.” Smith said.

A Patriotic Pair From J.C. Newman and Brizard

A Cigar Vision In Red