Not all great cigar lounges are in big cities. About 25 miles north of Manhattan, in Westchester County’s quaint village of Mamaroneck, Josh DeSiena, owner of the Doc James Cigar Lounge, is continuing a tradition that combines an Early American look and friendly atmosphere with modern conveniences.

With its barn-like exterior, sloped ceilings and exposed rafters, the architecture of Doc James can’t help but have a wholesome, country charm as the space is a converted barn from the 19th century. Yet, in reality, the cigar lounge is far from rustic. For starters, the 240 square-foot walk-in humidor sports a selection of almost 120 cigar brands from 35 companies including Padrón, Oliva, Ashton, Arturo Fuente and Altadis. According to DeSiena, his best-selling cigar is the Avo Classic No. 2. 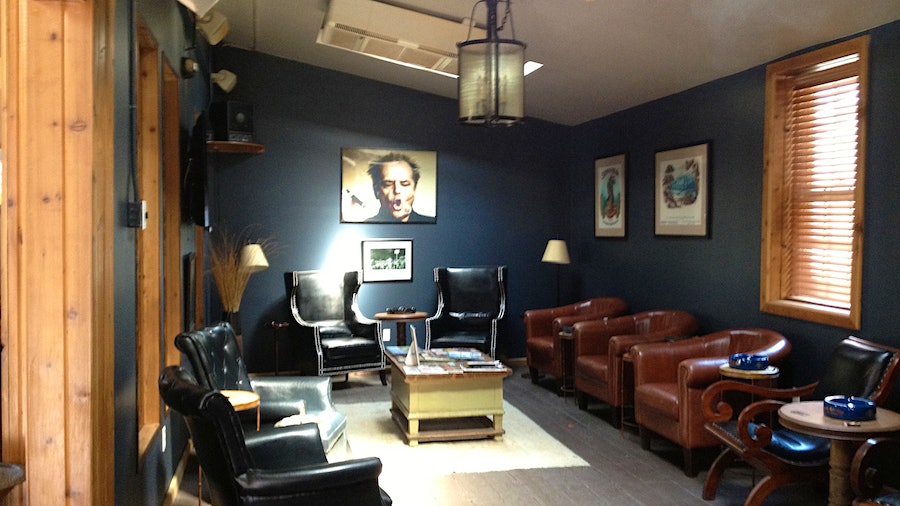 The lounge is named after Harold James, who in the 1960s owned a pharmacy in Westchester’s Croton-on-Hudson. His occupation earned him the nickname “Doc” and like most pharmacists of that era, he sold pipe tobacco which soon led to a small cigar case. After he retired, the new owners expanded the cigar selection and when it was bought by DeSiena’s father and brother in 1993, cigars became their main focus. Josh opened his first location in Mamaroneck on US-1 and eventually moved around the corner to his current location putting it in walking distance to the train station.

Once you’ve taken in the ambiance and made your cigar selection, you can walk across the lounge’s wide-plank floor and sink into one of two dozen leather seats to enjoy your smoke while tapping your ashes into vintage stand-up ashtrays. There’s also a laptop counter for remote workers, web surfers and of course the aspiring writer. While waiting for your fellow smokers to arrive, you could either watch one of three big screen TVs or read a diverse selection of house magazines.

“Our set-up includes large, open spaces as well as nooks and crannies which allows our customers to both socialize or be off by themselves,” DeSiena says.

The second floor, which is available for private parties and corporate events, also includes a TV as well a regulation pool table. But what really sets Doc James apart from other lounges is its 450 square foot outdoor patio featuring 22 chairs, two televisions and a barbecue grill. Although DeSiena’s indoor ventilation is top notch, most cigar smokers will attest that smoking outdoors certainly helps to cut down on bringing home the smell of your cigar (and everyone else’s) in your clothes. 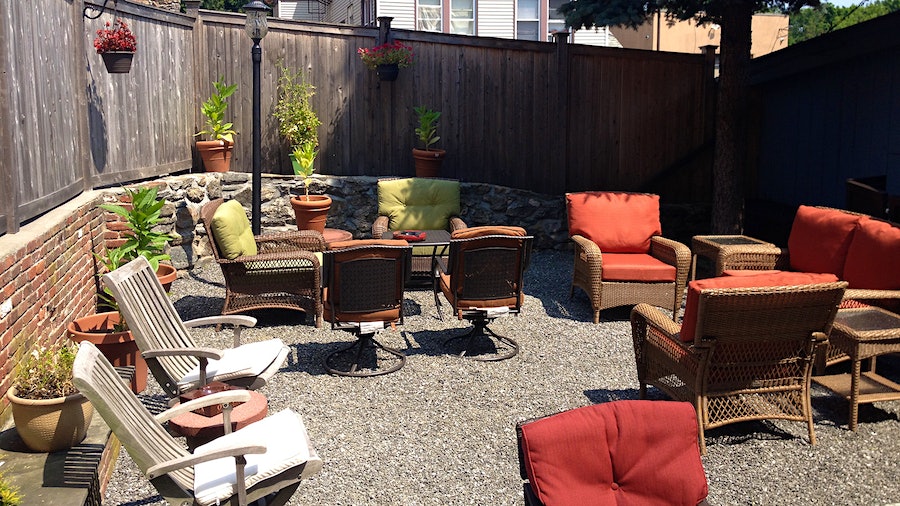 On top of being an official Davidoff dealer, Doc James is also sponsored by the Rocky Patel Premium Cigars, which allows the store access to certain hard-to-find labels including their Special Edition, Grand Reserve and Quarter Century. Rocky Patel also makes the lounge’s house cigar, appropriately titled the DeSiena—a mild to medium-bodied smoke that comes in Connecticut, Corojo and Maduro wrappers.

The $50 per month membership allows a patron one of the 125 cedar-lined lockers. Also included are various discounts on cigars and accessories. DeSiena favors monthly promotions as opposed to one-night events which allows for more specials. Speaking of events, this June will mark Doc James’ 15th anniversary.

Read Next: Where to Smoke: Bombay Club, New Orleans