Long synonymous with cigar history, Geneva was the birthplace of the legendary Davidoff company, which started as a small tobacco shop in 1911. To this day, Geneva remains a very cigar-friendly destination, with several excellent tobacconists and cigar lounges.

Now another successful European entrepreneur is playing a role in the cigar scene here. Michel Reybier is perhaps best known as the owner of Château Cos d’ Estournel, a highly collectible second-growth Bordeaux that earned the No. 2 spot on Wine Spectator’s Top 100 list in 2003.

Reybier has recently emerged as a luxury hotelier with a fast-growing portfolio of hotels in his La Réserva brand, which includes locations in Geneva (the first one), Paris, Zurich and southern France. 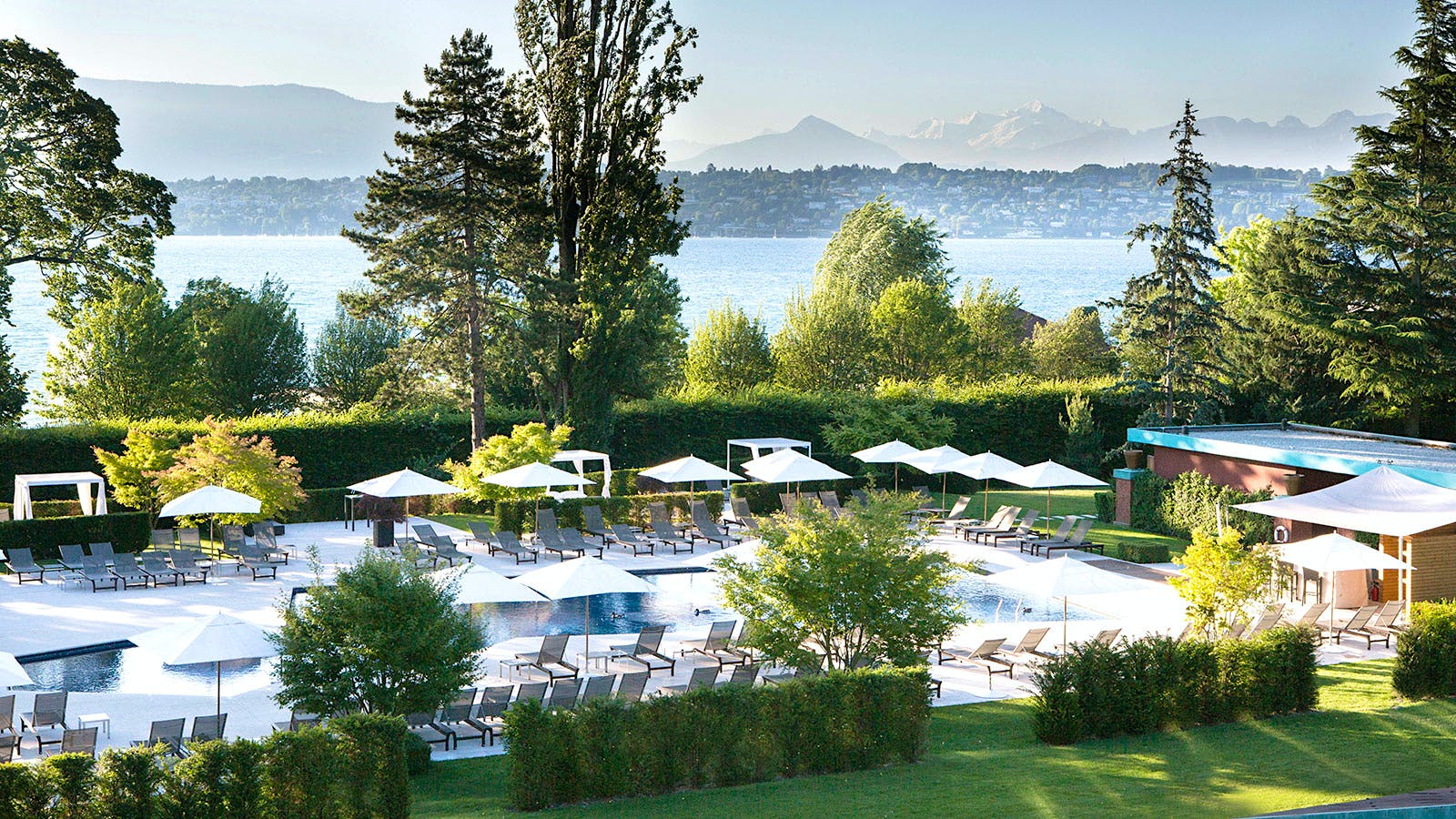 The sprawling grounds of La Réserve Hotel offer gorgeous views, along with both energizing and relaxing activities.

While most of Geneva’s top hotels sit in the heart of the downtown business district, La Réserve is an expansive urban resort in the tony Bellevue neighborhood on the eastern tip of Geneva’s famous namesake lake. Popular with embassies, consulates and high-powered expats, Bellevue is less than 10 minutes by cab from the city center, and La Réserve also operates its own water taxi to and from downtown.

It has lavish manicured grounds with tennis courts, a beach, indoor and outdoor pools, alfresco dining, as well as Geneva’s premier spa and health club, and a standalone private three-bedroom lakefront villa in addition to guest rooms and suites.

The resort has five bars and restaurants, including Le Tsé Fung, the first Michelin-starred Chinese eatery in Switzerland, a major draw. All of this attracts a mix of local regulars, business entertainment, and leisure tourists. Rare among the city’s best luxury hotels, La Réserve also boasts an impressive cigar lounge. 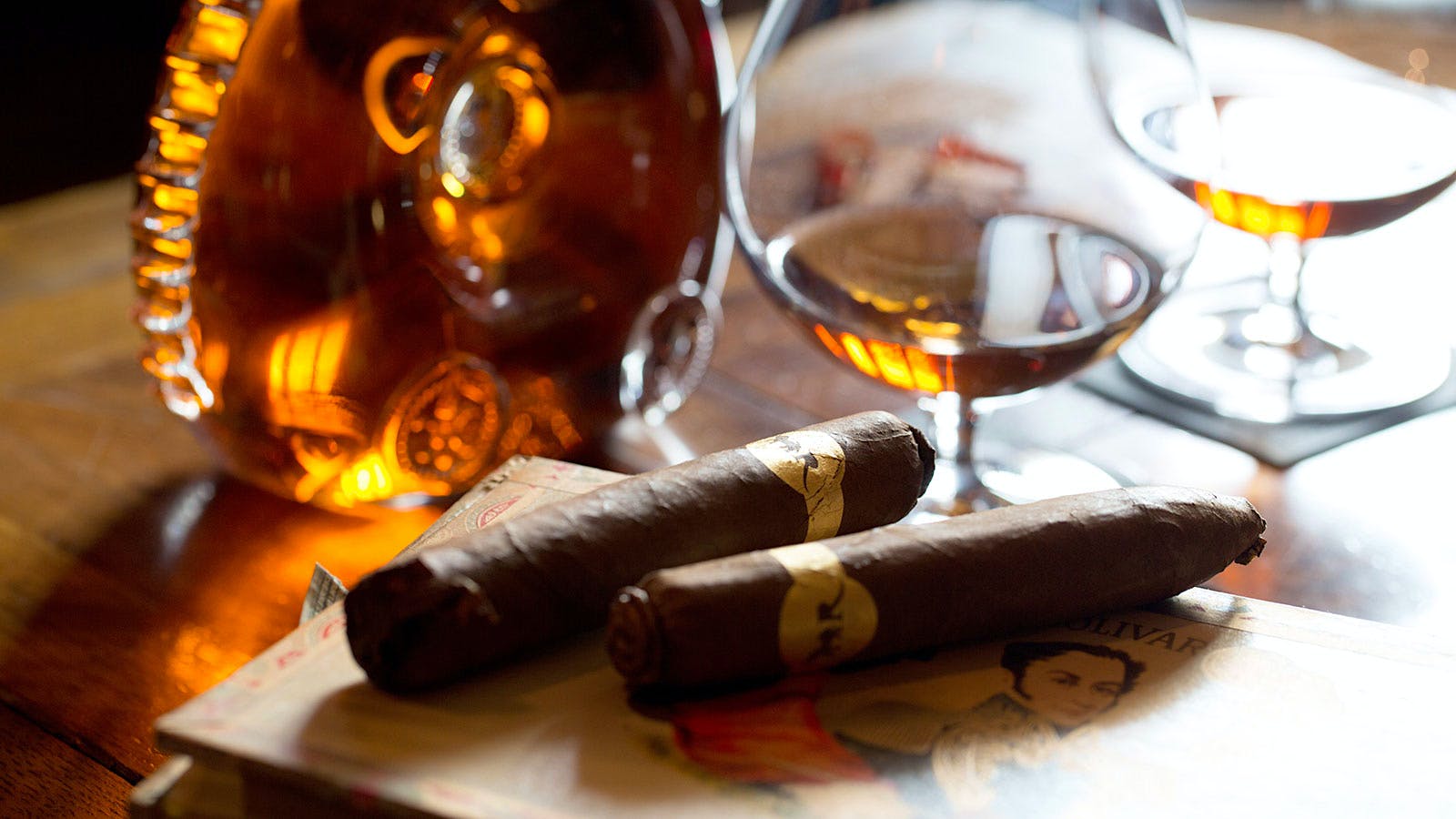 Inside the hotel’s cigar lounge, past the smoky doors, you’ll find a splendid selection of great smokes and smooth spirits.

The lounge sits just off the main lobby, steps from the front desk, the lobby bar and the fine dining French eatery, with automatic frosted sliding glass doors hiding its interior.  Inside are about half a dozen tables, each surrounded by dark brown, leather nailhead chairs and sofas, creating a clubby, masculine atmosphere complete with stocked bookshelves. There is a tall glass-fronted floor-to-ceiling display humidor containing the open box stock, plus a second larger glass storage unit that is half full cigar boxes and half wine racks.

Locals can rent private lockers and store their own cigars, it has full waitstaff service, and unlike most smoking lounges today, the menu includes not just libations but food, with an array of tapas available. Even more unusual are the hours—the cigar lounge is open 24 hours every day, and while in the middle of the night you may need to ask for assistance, the staffed front desk is within conversation distance of the lounge entrance and will happily dispatch waitstaff to assist you. 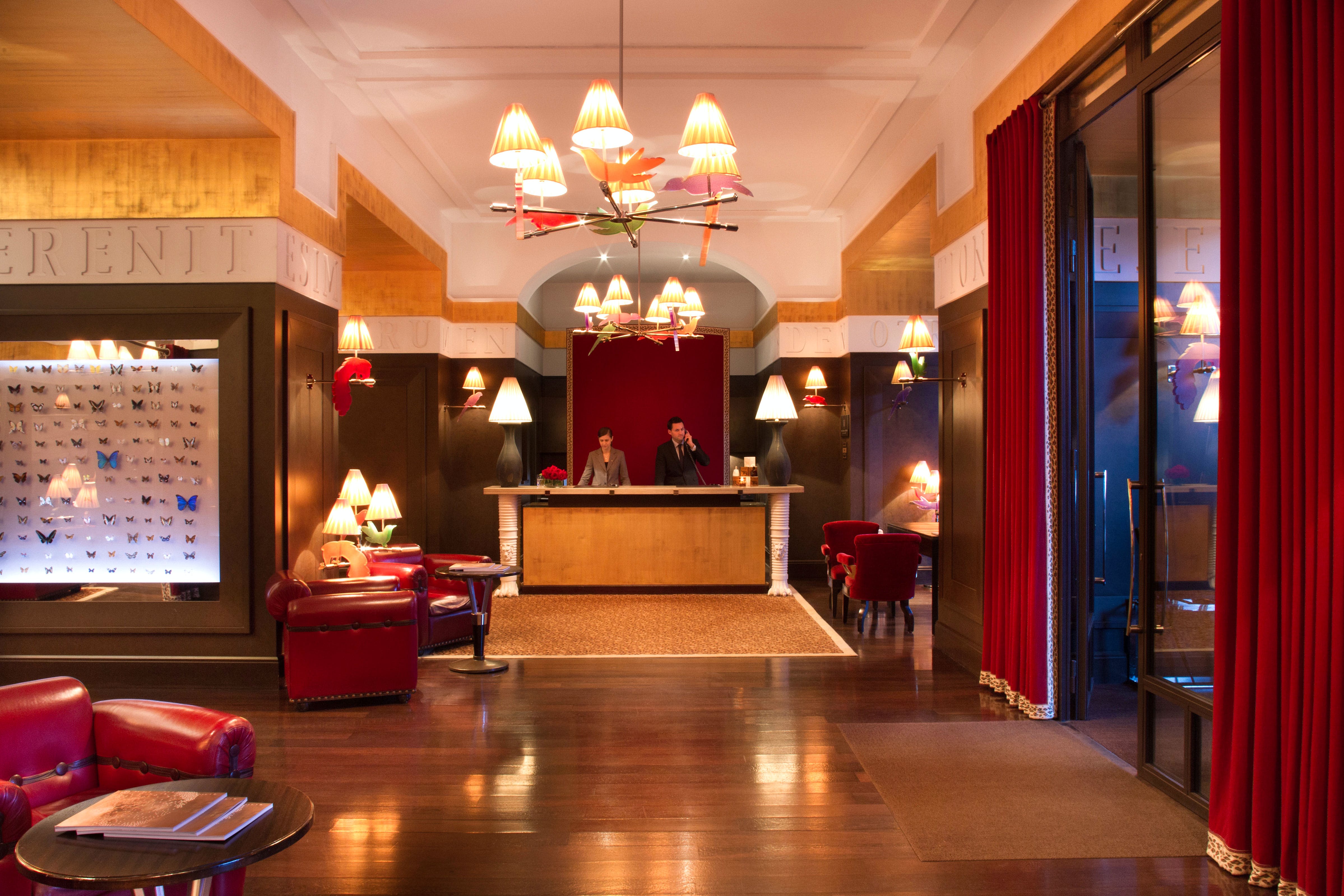 The hotel lobby is accentuated by comfortable armchairs and intriguing adornments that bring pizzazz to the welcoming aesthetic.

The beverage list is well curated with lots of whiskies (three dozen choices), Cuban, Caribbean and Brazilian rums, and brandies, including rarefied Cognacs such as Remy Martin’s Louis XIII and even harder to find Remy Centaure de Diamont.

But wine is a featured attraction, thanks to the owner. In addition to an extensive selection of European labels, all of Reybier’s own wineries are well represented, with verticals of his famous Bordeaux, as well as the winery’s less well-known white, his eponymous Champagne, and Tokaji from his Royal Imperial Tokaj-Hétszolo Estate in Hungary, where the nation’s famous wine has been produced since 1502.

Read Next: Where to Smoke: Schweizerhof Hotel, Zermatt, Switzerland