Share
The third floor of the members’ lounge at Chaloner’s Cigar House.

Chaloner & Co. and Chaloner’s Cigar House can be considered a labor of love and dedication since its long-awaited reopening.

The shop located in Adrian, Michigan dates back to 1874, created by Charles Chaloner, an English immigrant and cobbler who made and mended shoes and boots. His cigar shop and newsstand became a popular place for citizens to frequent. They bought cigars and candy, along with fresh popcorn and roasted nuts. The storefront gained further attention with a statue affectionately known as “The Turk” that stood guard on the sidewalk until the 1920s when it was stolen and recovered. The statue now is on permanent loan to the Lenawee County Historical Museum. 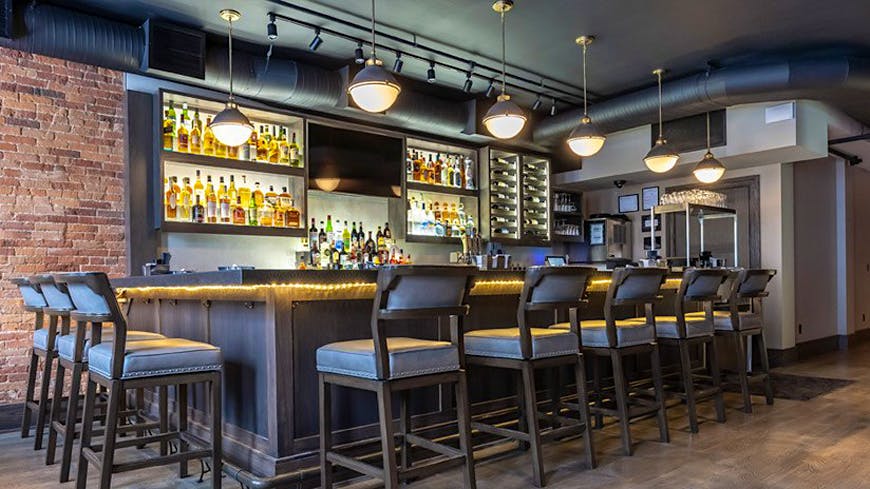 The store—Michigan’s oldest operating cigar shop—stayed in the hands of the Chaloner family until 1977. It was sold a few times, eventually being bought by David Pilmore and Dr. Scott Westfall, who had an interest in improving the look of downtown Adrian. Part of that was renovating the store, an important part of the downtown scene. They started renovating in 2017, and their greatest obstacle was the second and third floors, which hadn’t been occupied in many years. “The challenge was to take this building that was dying and bring it back to life. Fortunately, Scott and I had a vision—and our visions didn’t always align—but we had an amazing team that was able to pull that out of our heads and create something that was better than either one of us could imagine.” 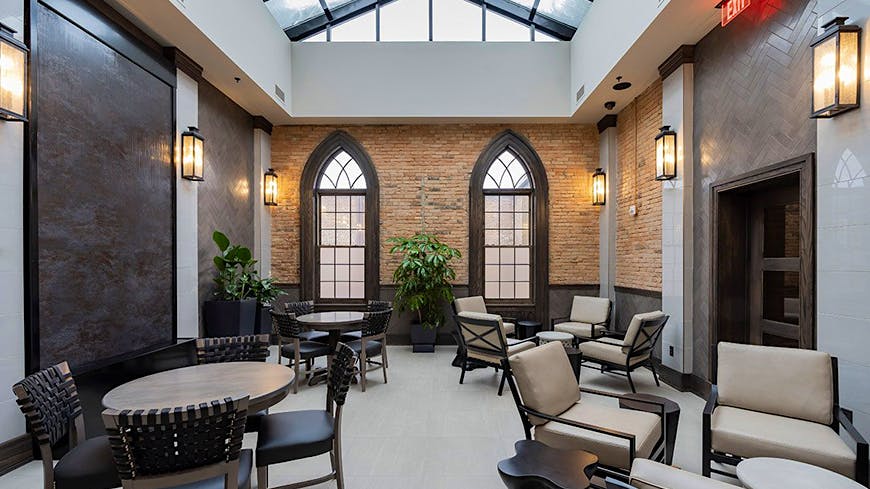 They bought an adjacent building, allowing them to expand the cigar lounges, knocking down walls to add space. The renovation work was completed in February 2019. But roughly one year after reopening, the Covid-19 outbreak forced the newly-opened space to close its doors again. It reopened at 50 percent capacity in March 2021, and by July it returned to 100 percent capacity with no mask requirement. 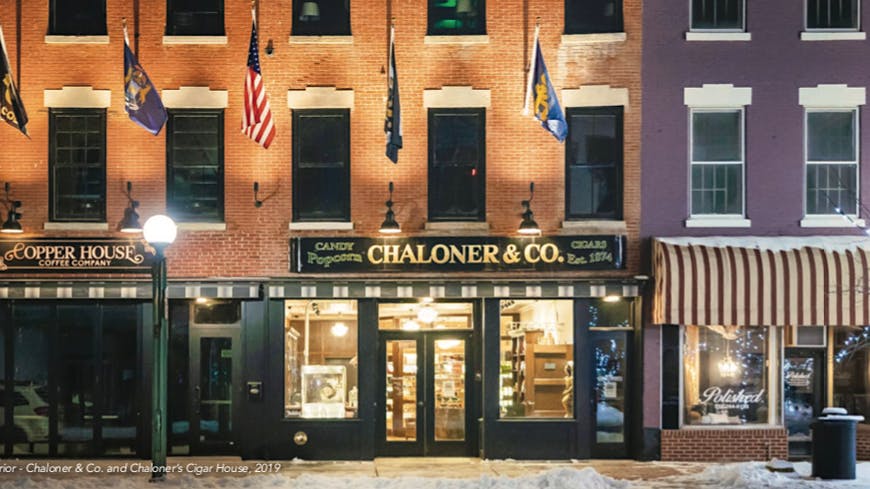 Chaloner’s now features two posh smoking lounges on the second and third floors, an atrium and an expansive humidor containing plenty of premium cigar brands. Leatherbound seats are spread out across the space, and the bar is fully stocked with premium liquors. On the menu, you’ll find suggested pairings as well as signature cocktails like The Hazy Hit or The Royal Approach. Though there have been many changes, some things have remained the same: The 70-year-old popcorn machine has been refurbished and is still popping kernels on the first floor. On the second floor, the store’s 100-year-old nut roaster is on display. 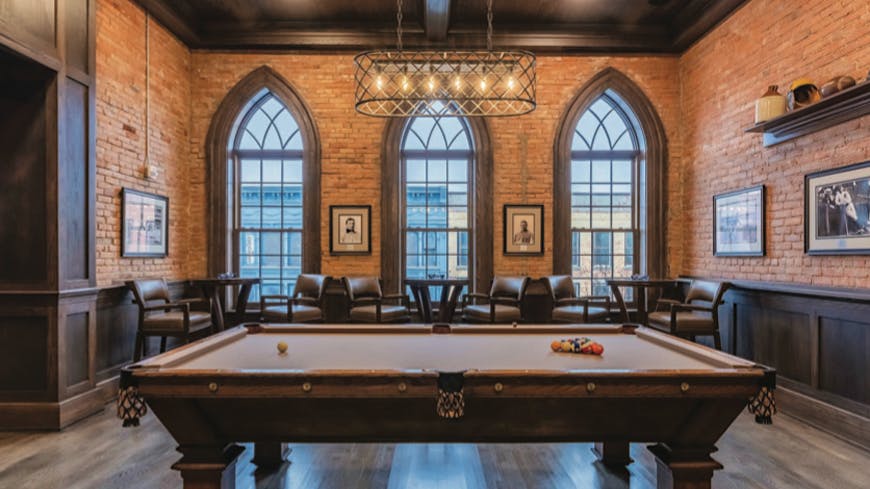 While Adrian wasn’t much of a cigar town per se, the store and lounges have brought cigar lovers together to share their passion. 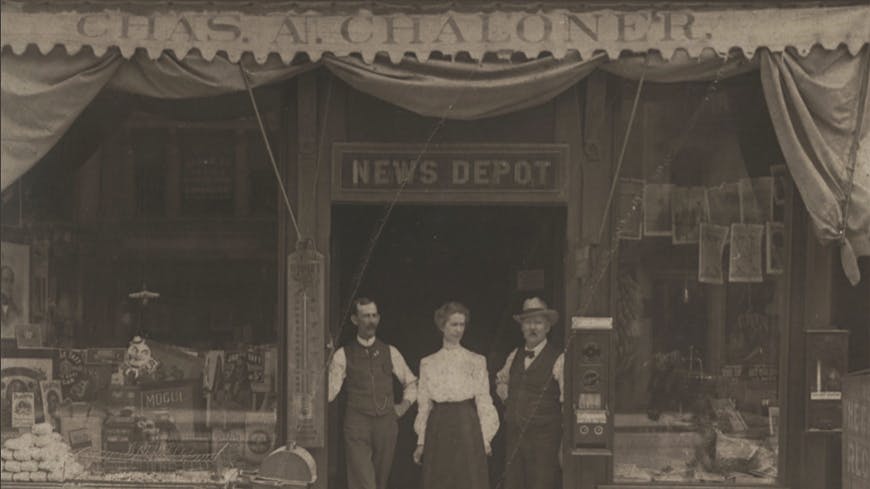 “It was about us giving back to the community… the community has embraced it as theirs,” Pilmore told Cigar Aficionado. “They loved the idea we were bringing back a historical business. The local community and state government couldn’t have been more supportive.” 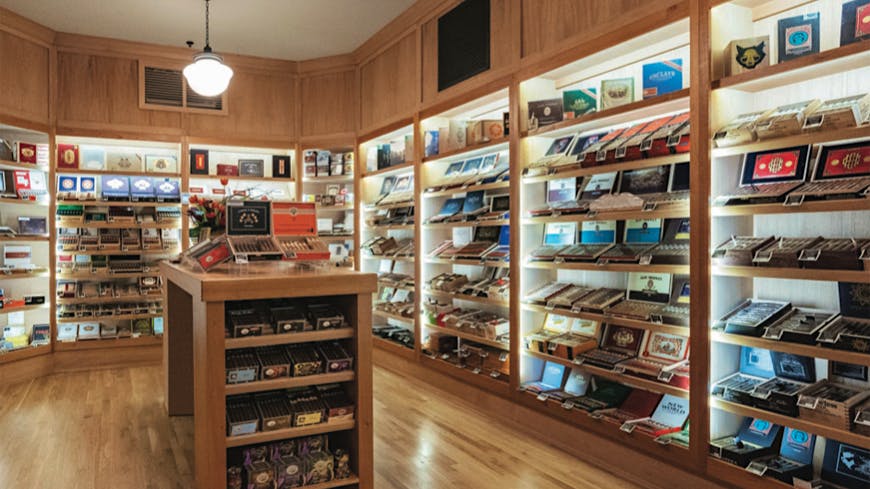 Pilmore also emphasized that people from all walks of life frequent Chaloner’s, and he said it can hardly be called a boy’s club as half of the customers are women.