Fans of the HBO megahit “Game of Thrones” know that the land of Westeros is a dangerous place. Giants, face-changing assassins, immaterial spirits slaying would-be kings, white walkers, and oh yeah, dragons are just some of the many perils roaming the setting of George R.R. Martin’s fantasy world.

To ease the stress of living in such a hazardous realm, the “Game of Throne” characters often turn to wine (lots of wine) to drown their fears. Vino also seems to be the libation of choice for anyone hoping to establish some sort an alliance in the show.

Cigars, however, never make an appearance. In fact, “Game of Thrones” seems to be a tobacco-free universe. (Smug book readers will point to “sourleaf” as a tobacco product that appear in the novels, but c’mon, who reaches for chewing tobacco to relax?)

We at Cigar Aficionado feel Martin may have missed an opportunity by not including cigars in his epic tale. After all, what better way to strike a shadowy deal or meditate on your tough day than with a fine cigar? Maybe Westeros wouldn’t be such a bloody place if the characters gathered around a fire once in a while to enjoy a smoke and hash out their problems.

Seeing as cigars aren’t likely to appear in “Game of Thrones” Season eight, which begins on Sunday night, we took the liberty of pairing some of our favorite characters with a cigar that they would likely enjoy. And if you think we missed any, let us know in the comments. (Fair warning: Spoilers abound in our write-ups below.) 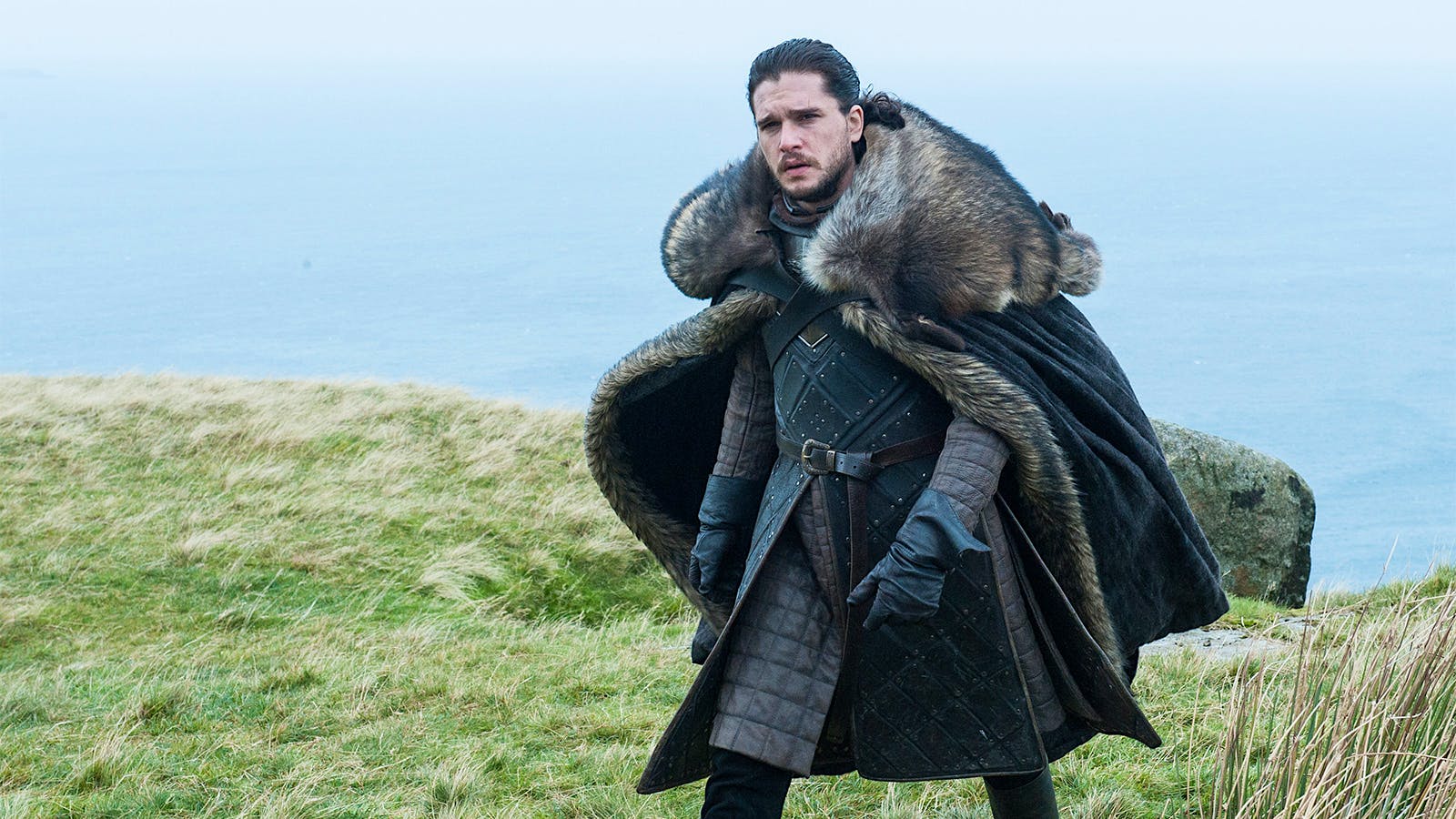 No character in “Game of Thrones” has had a more extreme story arc than Jon Snow, played by Kit Harrington. When we first meet young Snow in Winterfell, he’s the bastard of Lord Eddard “Ned” Stark, the warden of the north and the patriarch of the mighty Stark family. But Snow goes from being shunned to worshipped, becoming Lord Commander of the Night’s Watch, then dying, coming back from the dead and then being put in charge of Winterfell. His fellow northern allies cheer his reign, calling him “King of the North” again and again.

This rising star would best be matched with the cigar from the Caldwell portfolio, Long Live the King. The Petite Double Wide Short Churchill once scored 91 points in a Cigar Aficionado taste test. 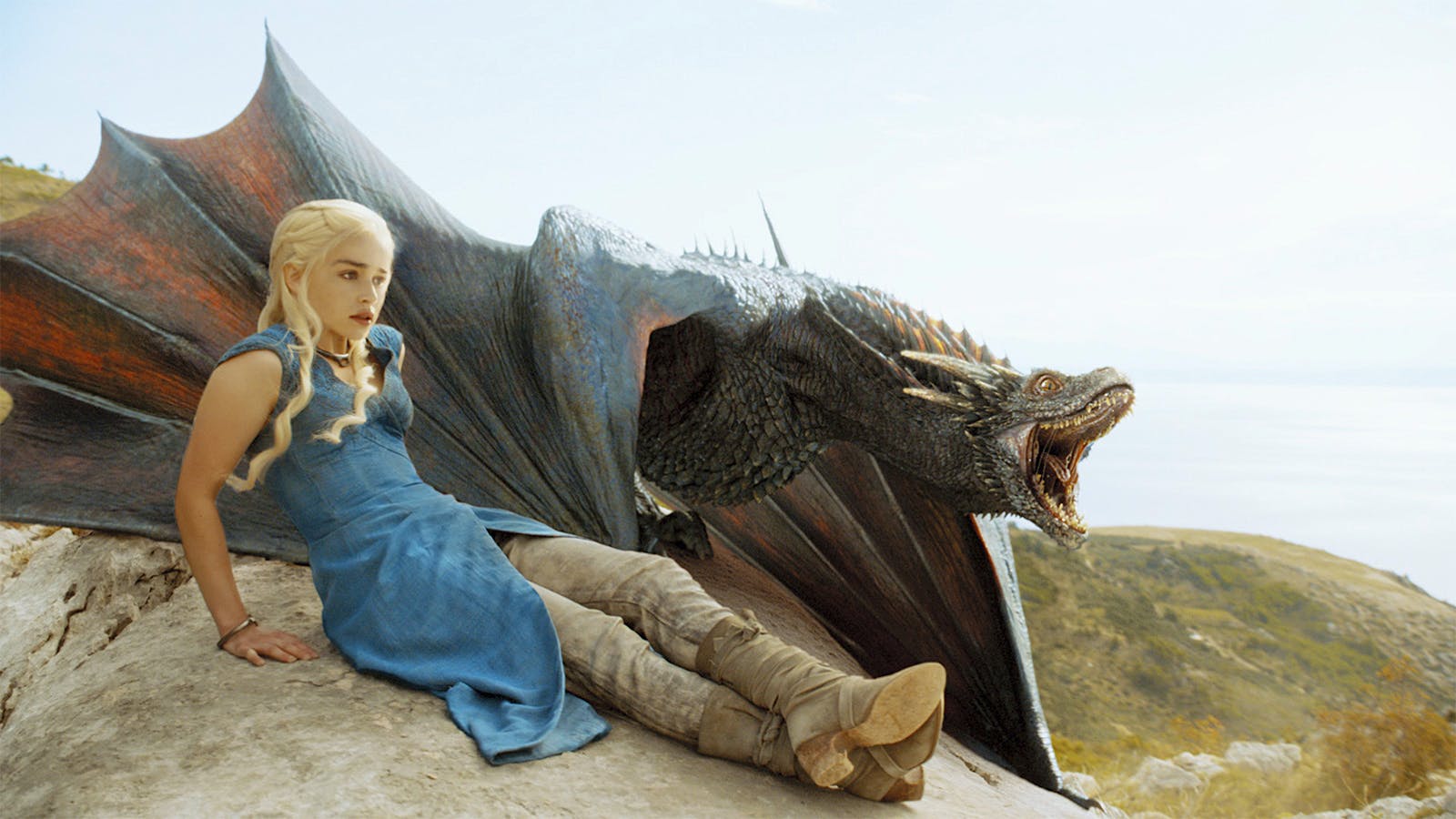 In a series filled with tough female characters, no one is tougher than Daenerys Targaryen, played by Emilia Clarke. She has a litany of titles that would make Apollo Creed blush: Khaleesi of the Great Grass Sea, The Unburnt, Breaker of Chains, Stormborn… . But the one that really sticks is her best nickname: Mother of Dragons. Targaryen rides into Westeros on the back of a fire-breathing dragon the size of a 747, roasting enemies (and the occasional ally) with ease.

What cigar would she smoke? The correct answer is any cigar she likes. (No one wants to become dragon food.) The natural pairing would be a Gurkha Black Dragon Imperial Presidente, rated 88 points back in 2007. 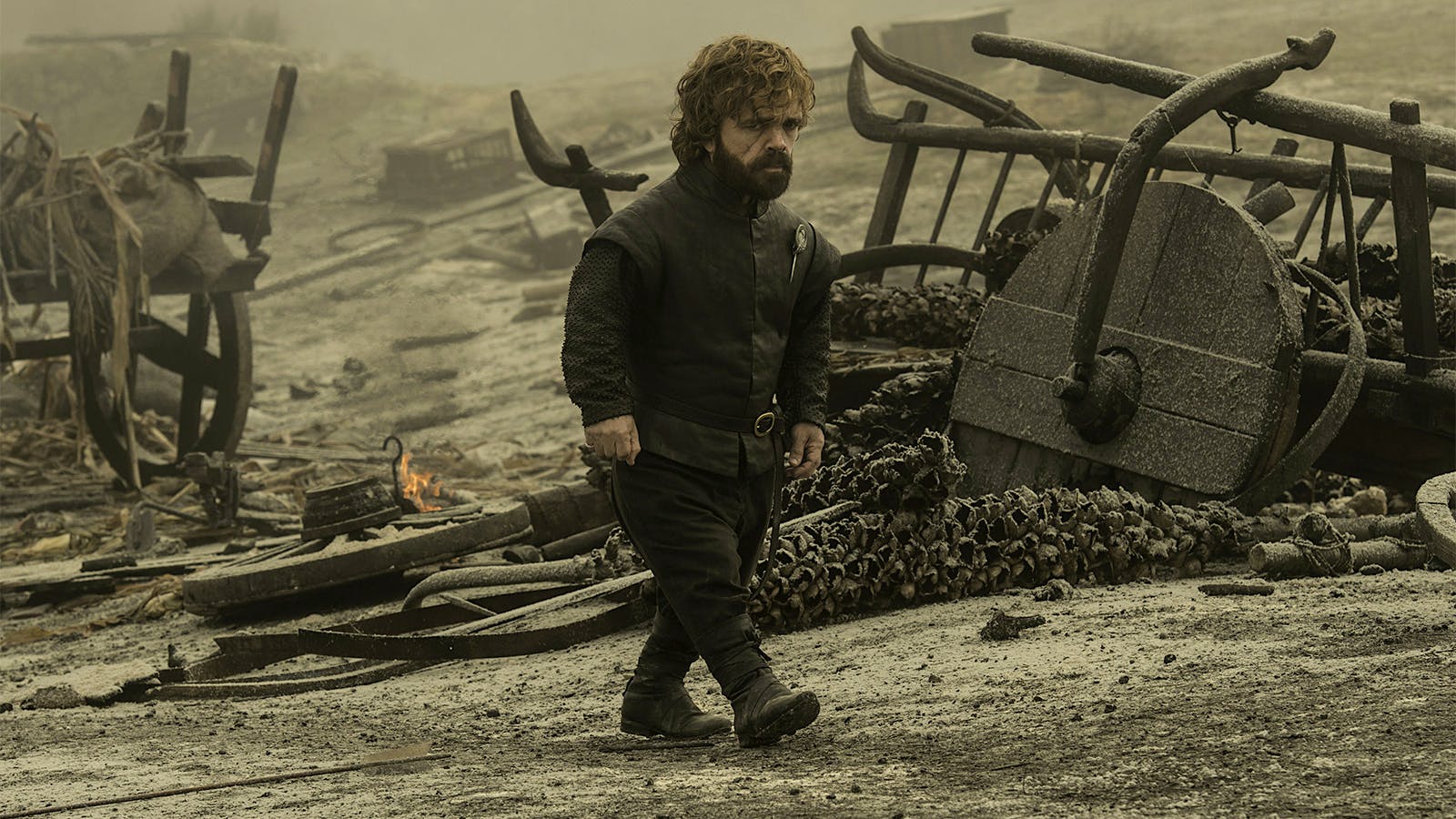 Fan-favorite Tyrion Lannister, played by Peter Dinklage, has some of the best lines from “Game of Thrones,” and has played a pivotal role in every season. Unwanted by his rich and influential family and ridiculed by nearly everyone for his appearance, the character turned to books at a young age, leaving him well read and properly equipped to deal with the many slings and arrows of scorn that are often thrown his way. “Never forget what you are, the rest of the world will not,” he tells Jon Snow in the very first episode. “Wear it like armor and it can never be used to hurt you.”

This sage character, who once served as Hand of the King and now the Hand for Daenerys Targaryen, seems perfectly fit for a cigar of similar construct: The Wise Man Maduro Robusto. The Nicaraguan smoke is Cigar Aficionado’s No. 3 Cigar of the Year. 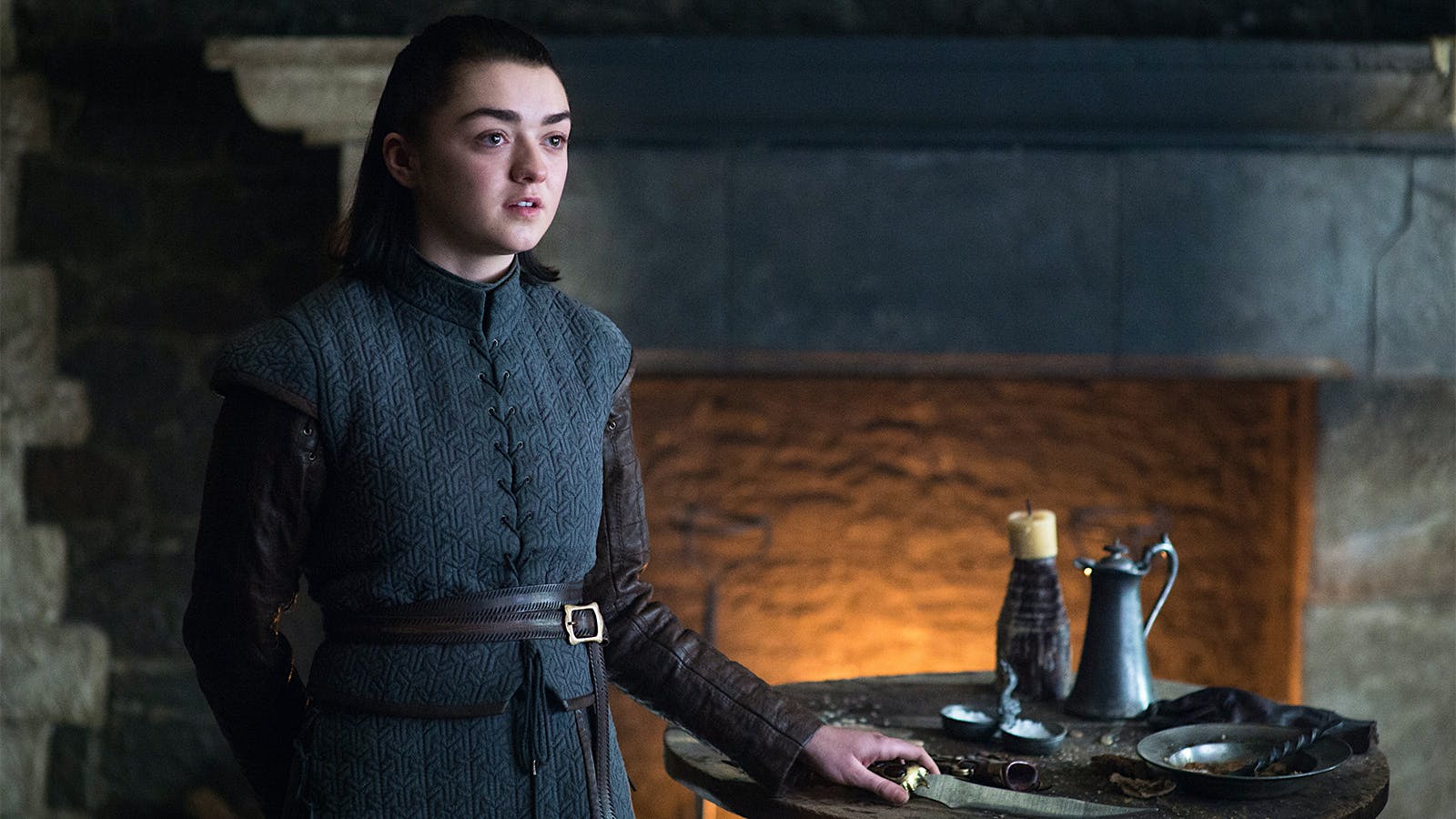 The youngest daughter of Ned Stark, played by Maisie Williams, may have the appearance of a sweet and innocent girl, but she is far from a prim princess. Headstrong and feisty with a tomboyish streak, it was obvious from season one that Arya was not meant for a life of nobility. Her father understands this, which is why he hires a master swordsman to teach her the deceptively deadly Braavosi style of fighting. Later, she pursues the life an assassin when she joins the Faceless Men.

Always at her side has been her trusty smallsword, the aptly named Needle. Seeing as Arya chose the name herself, we figured the perfect cigar for her would be the Tatuaje Tattoo Needles. This tiny smoke may be small in stature, but like Arya it offers a surprising amount of power. 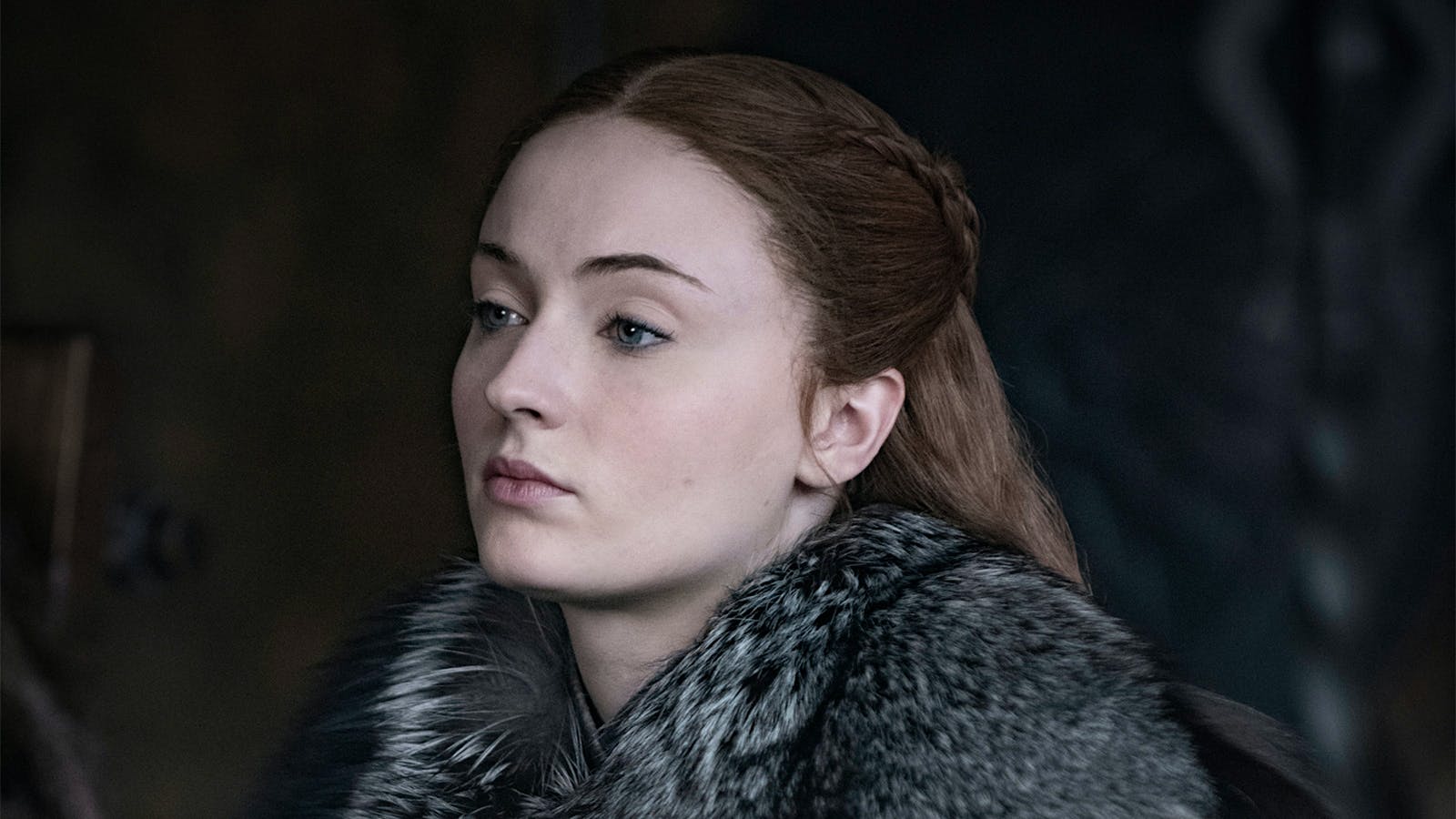 It’s tough not to pity Sansa Stark (played by Sophie Turner) the eldest daughter of Ned Stark. Raised as traditionally feminine, Sansa has endured the many deplorable fantasies of some of the show’s worst villains, i.e. Joffrey Baratheon and Ramsey Bolton. But she has survived, which is a testament to her strong will. And now, as the new Lady of Winterfell, she is prepared to battle whoever attempts to come for her family’s keep.

What better cigar for tough, willful Sansa than a La Dueña, created by one of the strongest women in the cigar industry, Janny Garcia. Rolled predominantly with broadleaf tobacco from Connecticut, La Dueña offers an earthy, robust flavor with just a hint of sweetness, like Sansa. 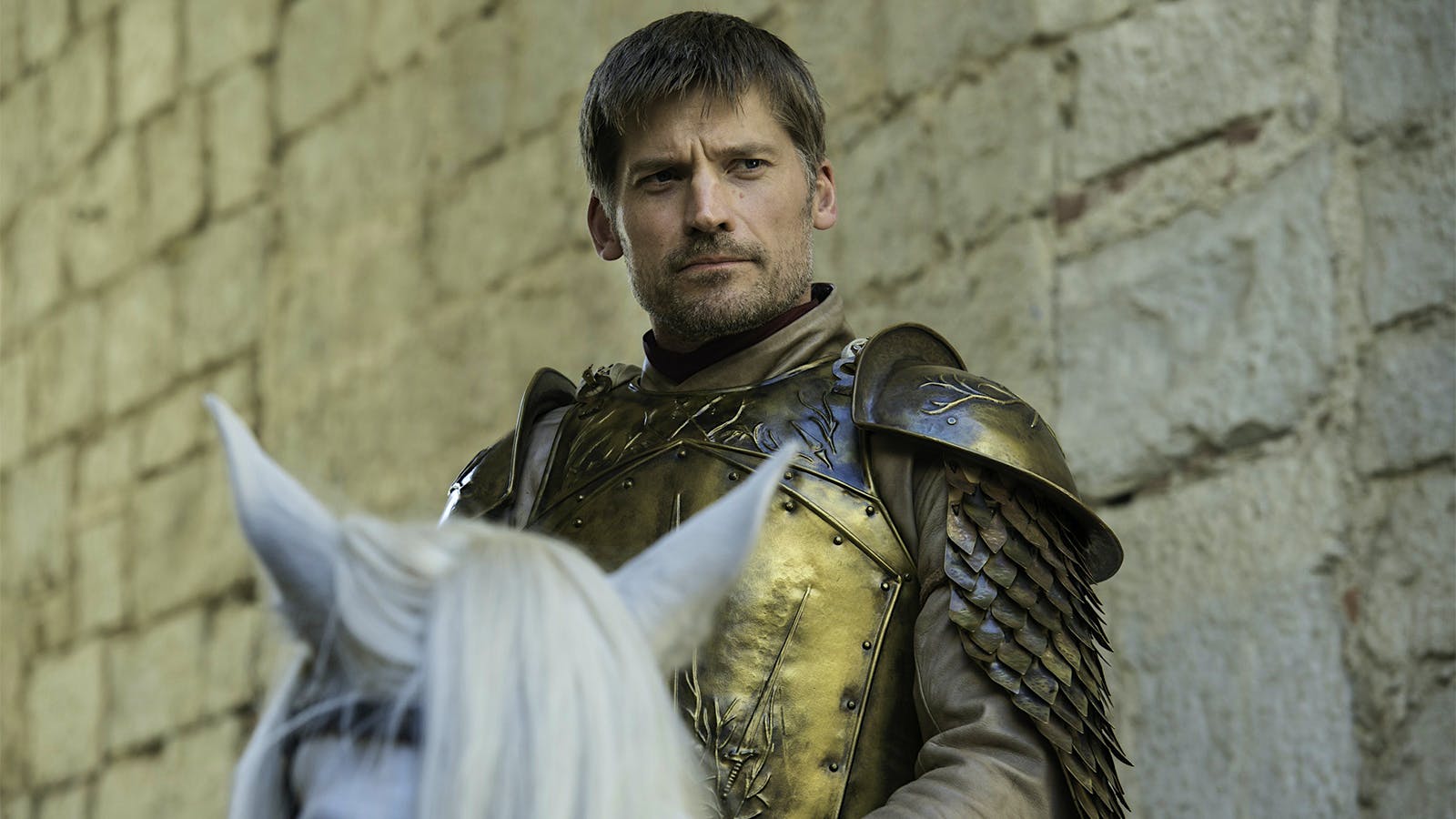 Played by Nikolaj Coster-Waldau, Jaime Lannister started off a bit linear as a pretty-boy baddie with a penchant for incest. After many trials and tribulations, though, he has shown to be more complex and honorable than believed. (Guess losing a hand will do that to a guy.) Last we saw Jaime, he was defying his sister Cersei’s orders and heading north to defend humanity from the Night King and his truly horrifying army of undead.

If Jaime were to ever visit a cigar shop humidor, his eyes would naturally gravitate to the La Aurora 100 Años line and its stunning band that displays a proud lion, the Lannister family sigil. Knowing Jaime, he’d likely grab a box of Años and walk out the front door, proclaiming to the shocked tobacconist that “a Lannister always pays his debts.” 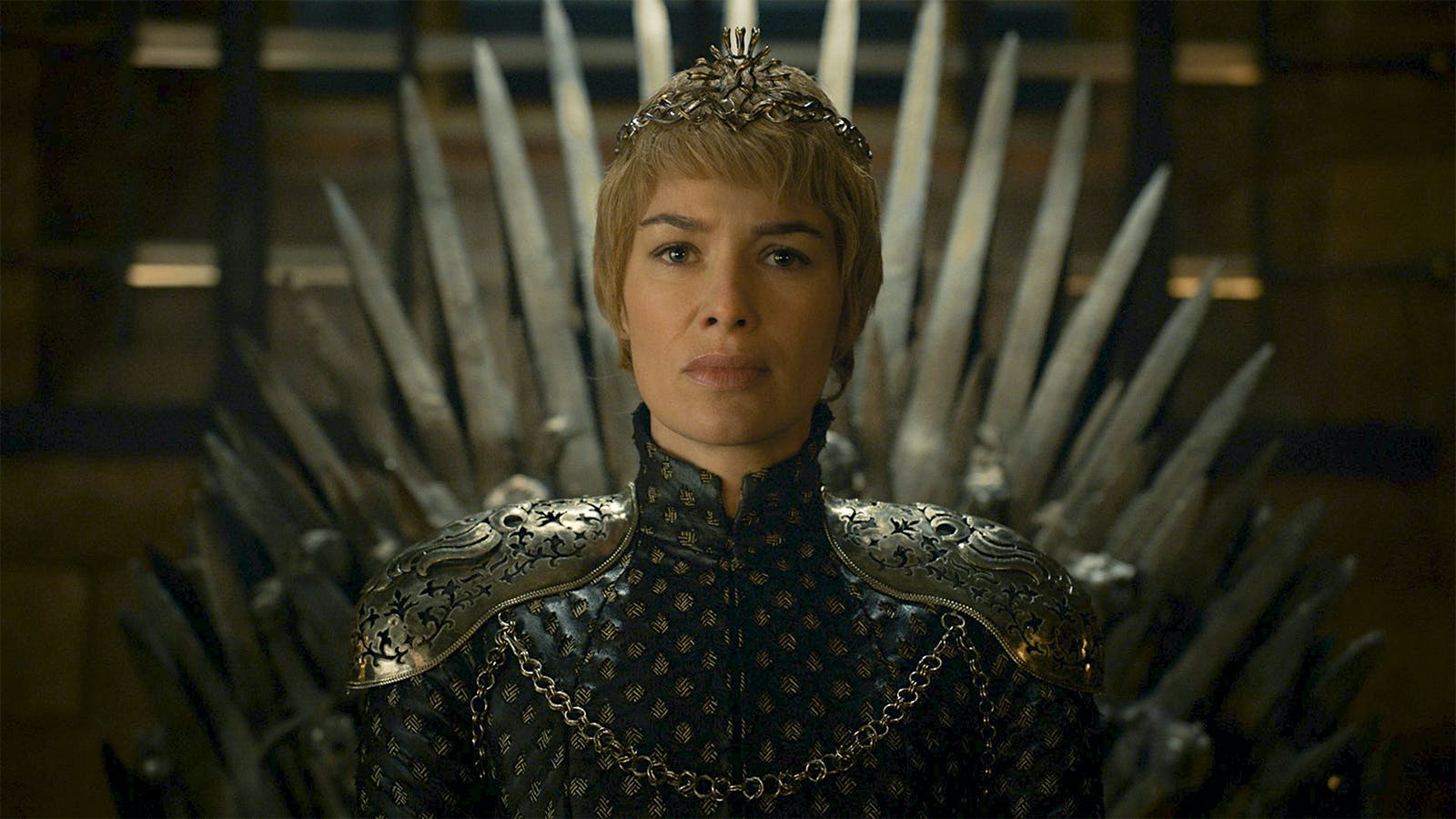 Is there a more evil person on “Game of Thrones” than Cersei Lannister, played by Lena Headey? We think not. At this point we’ve lost count of how many treacherous acts Cersei is guilty of committing, but that’s exactly what makes her such an intriguing character. Whether she is having an affair behind her late-husband’s back, torturing political enemies or resurrecting champions from death, she’s the villainess you love to hate.

Still, Cersei is a Lannister; hence, she adores wealth, gold and the finer things in life. So what better cigar for her than the La Palina Goldie? Rolled one at a time with great care, each Goldie is said to contain some medio tiempo, a small, highly sought after tobacco leaf that grows, rarely, on the highest part of a tobacco plant. 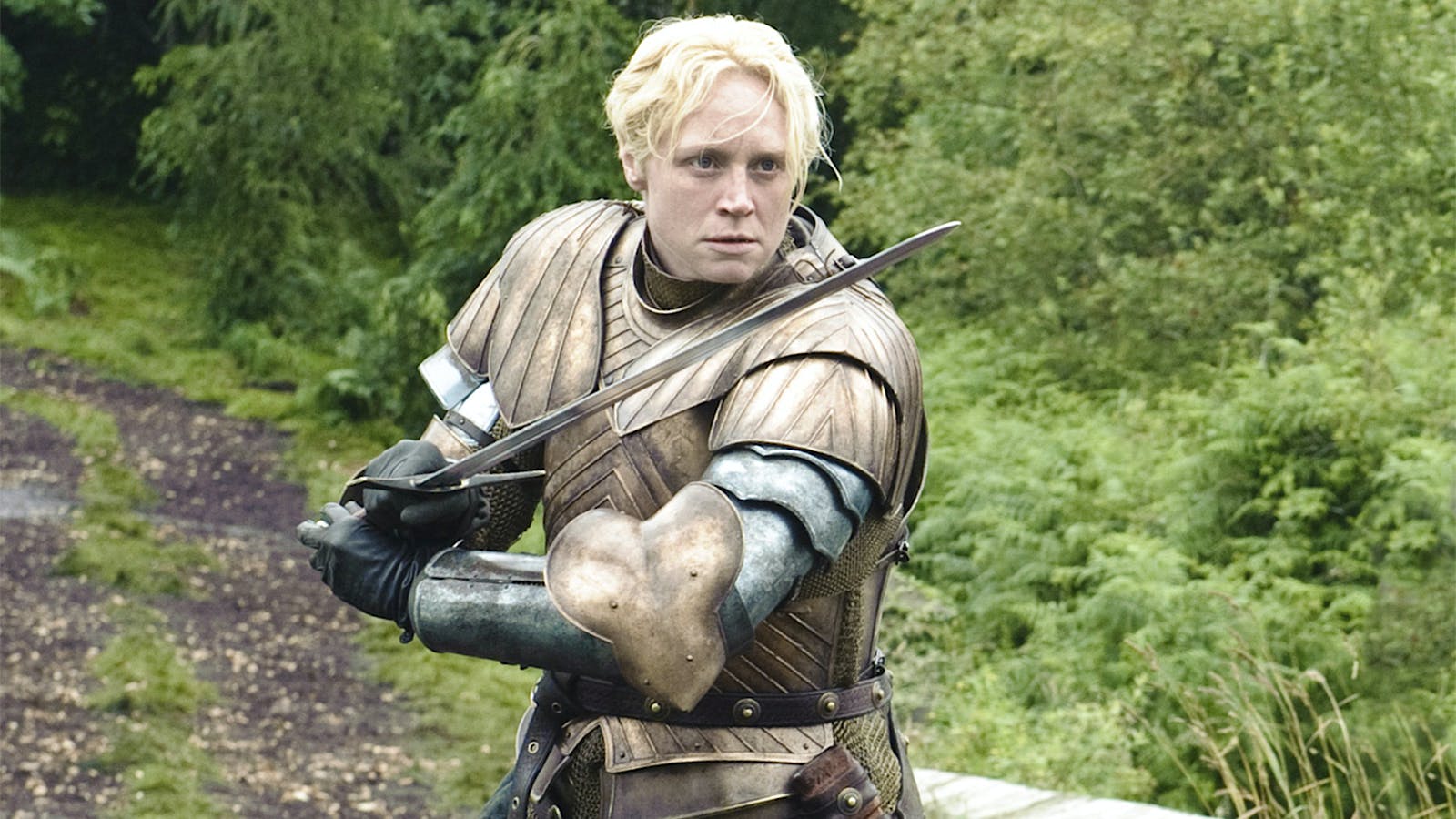 Tall and muscular, Brienne of Tarth, played by Gwendoline Christie, wants nothing more than to be recognized as a true knight. Her father, Lord Selwyn Tarth, tried many times to marry her off to a suitor, but that didn’t work. Instead, she gravitated to a life of combat, ultimately swearing her allegiance to the late-Catelyn Stark and, eventually, Stark’s daughter Sansa.

Never one to stray too far from her sword Ice, a Hoyo de Monterrey Excalibur No. II cigar (named for, arguably, the most famous sword in fiction, pulled from a stone by King Arthur) would best fit Brienne. In the April 2017 issue of Cigar Aficionado, this classic non-Cuban Hoyo scored 88 points. 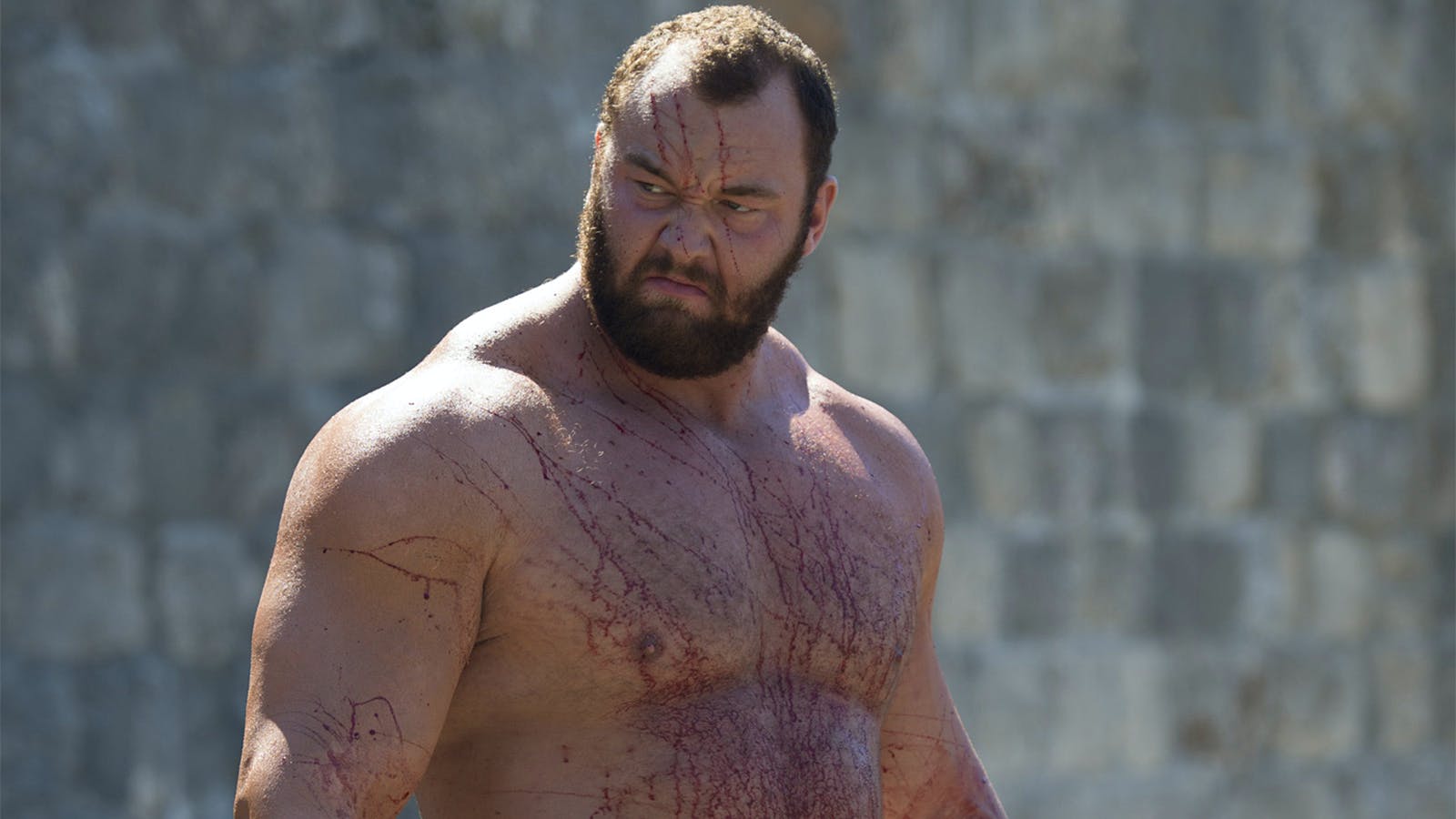 Gregor Clegane, a.k.a. The Mountain

Perhaps the most feared person in all of Westeros, Gregor Clegane is not to be trifled with. Currently played by six-foot-nine, 400-pound strongman Hafþór Júlíus Björnsson, “The Mountain” is known for his size, prowess in battle, extremely cruel nature and uncontrollable temper. (If you don’t believe us, just ask the people of Dorne.) As of now, Clegane is Cersei’s personal bodyguard, intimidating any who dare cross her. 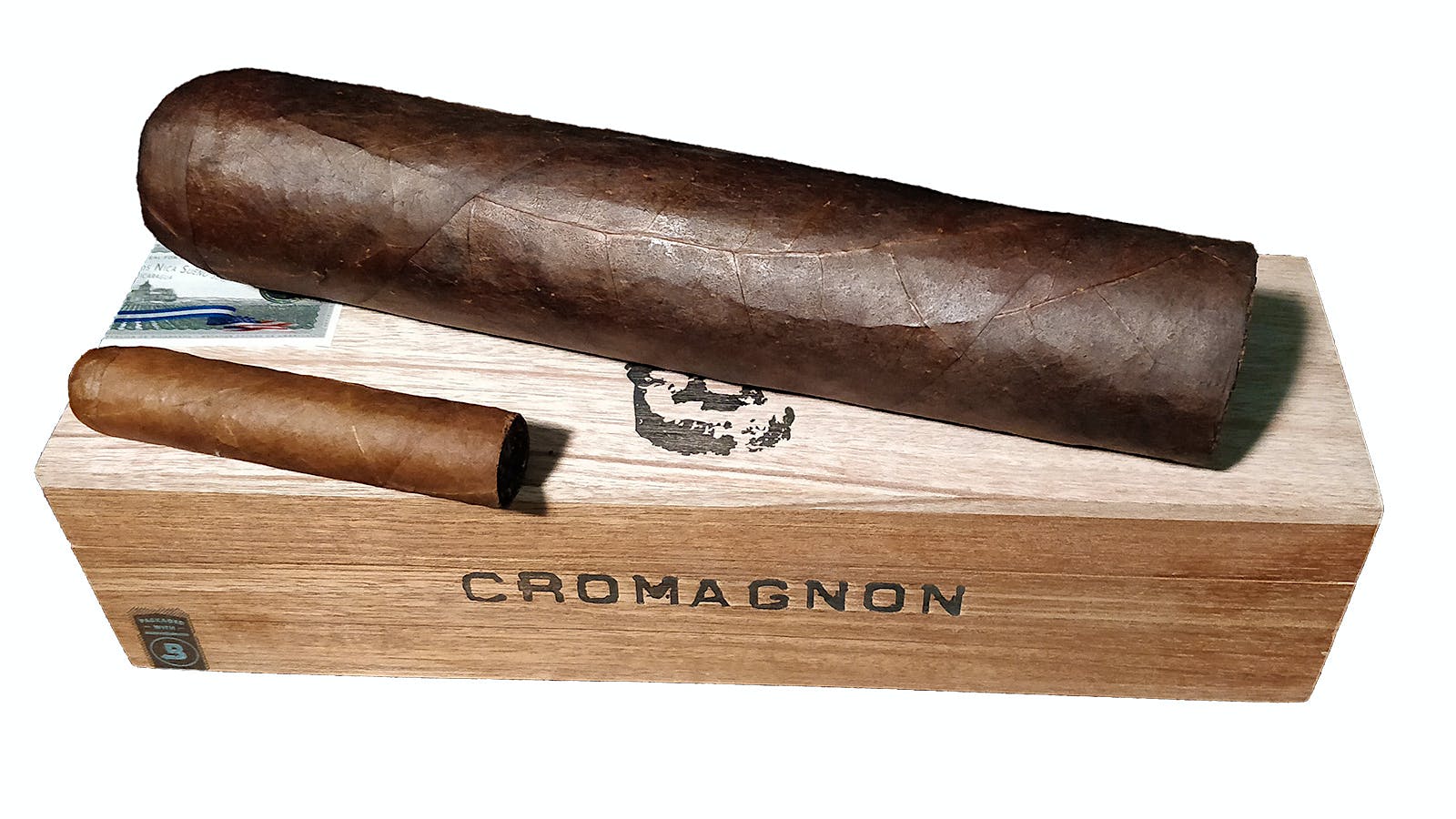 A mammoth of a man needs a large cigar, and so the CroMagnon Femur, which measures a gargantuan 10 inches by 133 1/3 ring gauge, would fit The Mountain perfectly well. Just don’t ask his brother to light it for him.