Brothers Gus and Billy Fakih sit in a cigar shop in midtown Manhattan unwrapping bundles of a new cigar brand that’s yet to be released. As is often the case, the boxes aren’t ready, so most of the cigars are sitting in Nicaragua waiting to be packaged. But the Fakih brothers are in an unusual position. They used to own the very cigar shop they’re sitting in, along with another one further up town, until they sold their stores seven years ago. No longer retailers, they started the company Artesano del Tobacco and released the Viva La Vida brand not long before the pandemic. Their newest cigar, El Pulpo, makes a Mexican San Andrés wrapper the centerpiece of this bold new blend, crafted in Nicaragua by A.J. Fernandez.

You may remember Viva La Vida when it first came out in 2019. The harlequin on the band and box was a not-so-subtle evocation of festive times. If not in 2019, Viva la Vida may have shown up on your radar in 2020 when the Jester was named the No. 16 cigar on that year’s Top 25 list. Viva La Vida cigars are by no means mild, but the new El Pulpo takes the intensity to the next level. In Spanish, el pulpo translates to “the octopus.” So why an octopus? 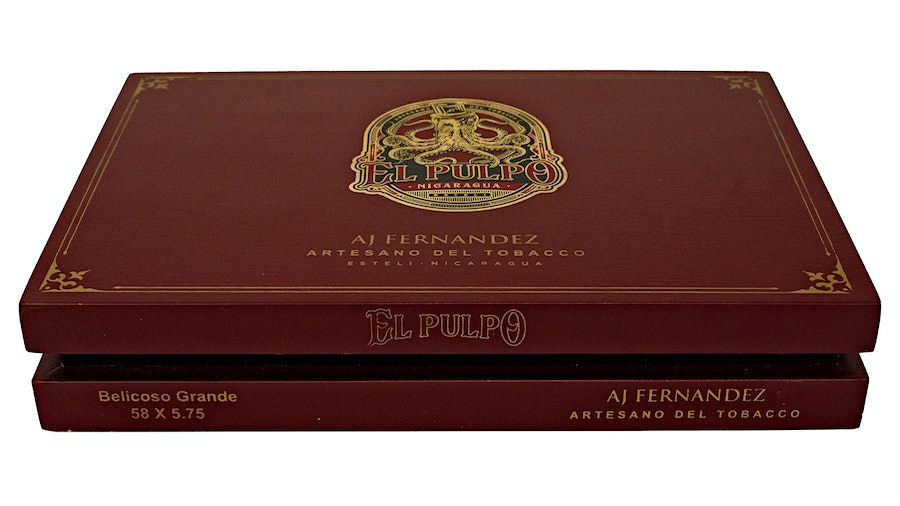 “The octopus is one of the most intelligent creatures in the sea,” explains Billy, the younger of the Fakih brothers. “And when it gets its tentacles around its prey, the octopus won’t ever let go. The smoke of this cigar will completely surround your palate like an octopus. And it won’t let go.”

But the cephalopodic similes don’t end there. “The octopus can change shapes,” Fakih continues. “If you put it in a square or triangular shape, the octopus will become that shape. It adapts. This cigar will adapt to your palate in the same way.”

To achieve such enveloping tendrils of smoke, the Fakihs developed a blend with cigarmaker A.J. Fernandez and came up with an all-Nicaraguan cigar, save for the dark, Mexican wrapper. El Pulpo has three sizes, all of them box pressed: Robusto, measuring 5 inches by 56 ring gauge; Toro, at 6 by 56, and Belicoso Grande at 5 3/4 by 58. They come in boxes of 10 and the brothers hope to ship El Pulpo by November. 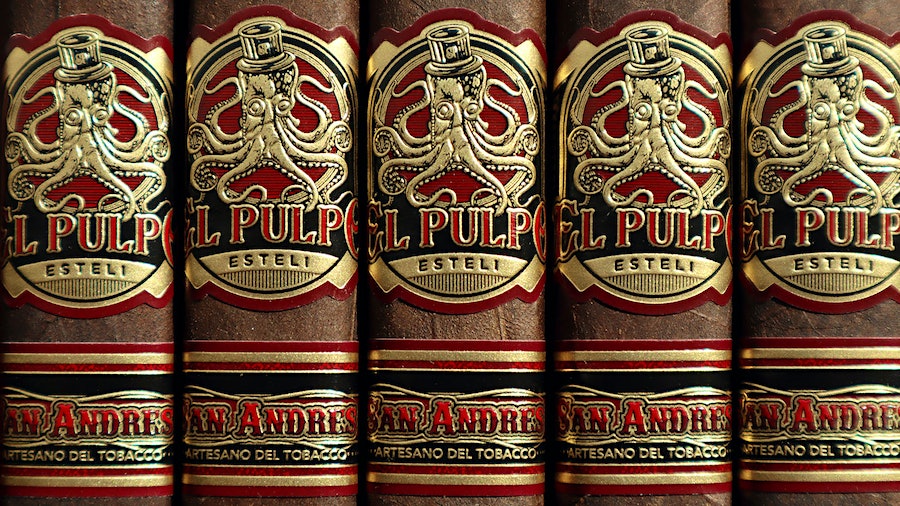 Though prices have yet to be established, the Fakihs say that these cigars will retail somewhere in the $15 to $17 range—a few dollars more expensive than the core Viva La Vida line.

“You pay for the age,” says Gus in regards to the Mexican wrapper. “These bales were selected in 2017. It took a long time to develop this blend. Either we didn’t like the tobaccos or A.J. didn’t.”

Gus is clear that El Pulpo is not the original Viva La Vida blend with a Mexican wrapper, but an entirely different cigar.

For a vertical brand tasting of the El Pulpo, see a future issue of Cigar Insider.