In a move that will give Villiger Cigars more control over its Nicaraguan portfolio of brands, Villiger has opened a factory in Estelí, the country’s epicenter for premium cigar manufacturing.

Called Villiger de Nicaragua, the new facility began operations in October and is now producing the brands previously made under contract at Joya de Nicaragua, namely Villiger San’Doro, La Vencedora, La Meridiana, Corrida Nicaragua and Casa de Nicaragua. Production of the La Libertad brand, which was made in the Dominican Republic, has been relocated to Nicaragua as well.

“Our goal was to create a modern production facility where hand-rolled premium cigars are produced for all Villiger worldwide,” said Heinrich Villiger, owner of Villiger Söhne AG, based in Switzerland. “From raw tobacco purchasing to shipping, Villiger now has quality control completely in one hand.” 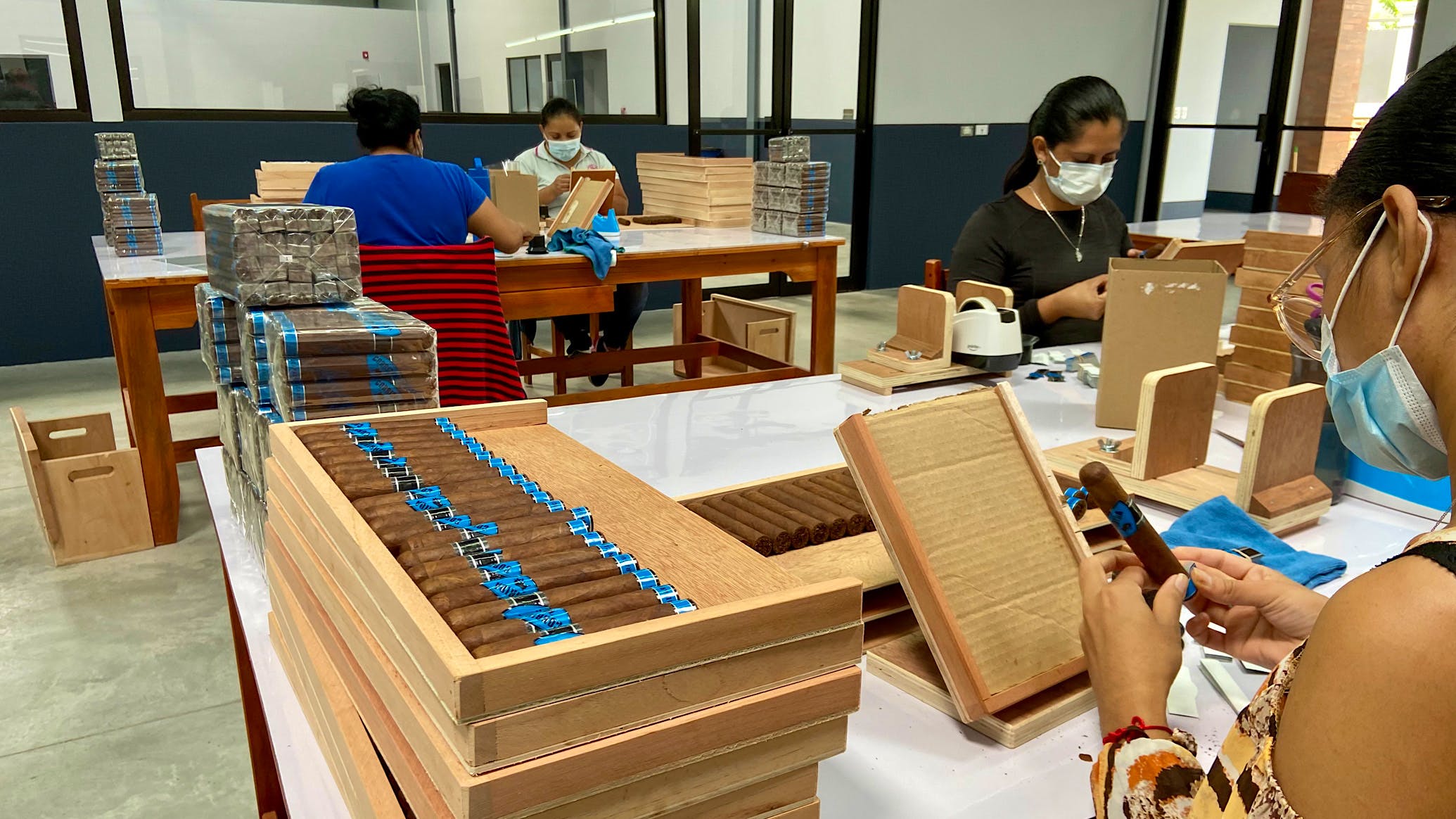 At the Villiger de Nicaragua factory in Estelí, employees band up Villiger Corrida Nicaragua cigars, now made at this new facility.

The new factory is neither extremely large or small, with approximately 33,000 square feet of space. It employs 100 people, including 80 rollers, but Villiger intends to expand its number of employees in the future. This operation was done in partnership with Joya de Nicaragua, the country’s oldest manufacturer of premium cigars. According to Villiger, Joya’s production team and expertise is instrumental in getting the factory operational and maintaining its workflow.

In addition to this Nicaraguan factory, Villiger also owns a factory in Brazil, and contracts the ABAM factory in the Dominican Republic for other brands such as Bock and La Flor de Ynclan.

Villiger’s premium cigars are distributed out of Miami by Villiger Cigars North America, the premium division of Villiger Söhn AG, known for its machine-made cigars.