According to the lunar phase calendar, there will be a half moon in the sky on the night of October 13, but for Viaje, the moon will be full. That’s the day that Viaje Full Moon cigars will ship to retailers.

With an eye-catching jack-o-lantern image printed on its jet-black box, Viaje Full Moon is a seasonal smoke that brand owner Andre Farkas has been releasing around Halloween since 2013. He doesn’t do it every year, and didn’t put one out in 2020, but this year, the spooky cigar is coming back.

Full Moon will be offered in two blends—regular and Edición Limitada. Both measure 5 inches by 58 ring gauge, and are made with Nicaraguan binders and fillers. The difference is in the wrapper. While the regular cigar has a Corojo ’99 cover leaf, the Edición Limitada is cloaked in dark Mexican San Andrés. The prices are different as well. Full Moon is slated to retail for $11.42, but the EL is a little higher at $12.25. 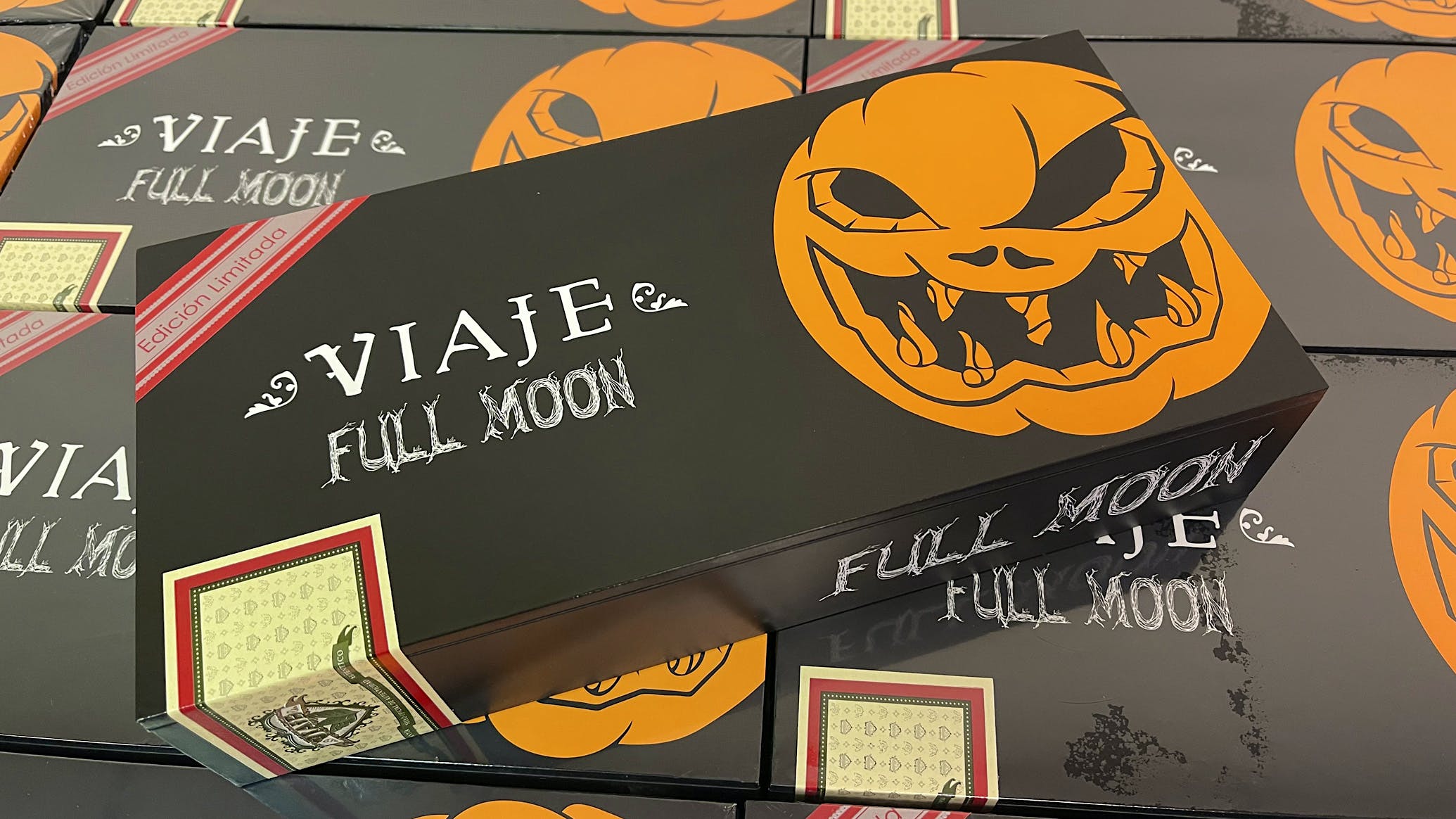 Viaje Full Moon is made in Nicaragua at the Aganorsa Leaf factory and comes in boxes of 24.

Farkas is known for putting out seasonal smokes inspired by the holidays. He has cigars for Thanksgiving and Christmas as well.

“I think celebrating holidays and special occasions with a cigar is only natural,” Farkas says. “An occasion like Halloween definitely calls for a special smoke.”