Thousands took to the streets in Havana and in cities and towns around Cuba on Sunday in a rare outbreak of public demonstrations against the government, many of them chanting “libertad,” Spanish for liberty. Several news outlets called the protests Cuba’s largest in decades.

Many protesters were arrested, and there were reports of Internet outages after the demonstrations. Cuba’s government placed blame on the American embargo and denounced the protests, with Cuban president Miguel Díaz-Canel calling on his supporters. “Revolutionaries need to be on the streets,” he said. 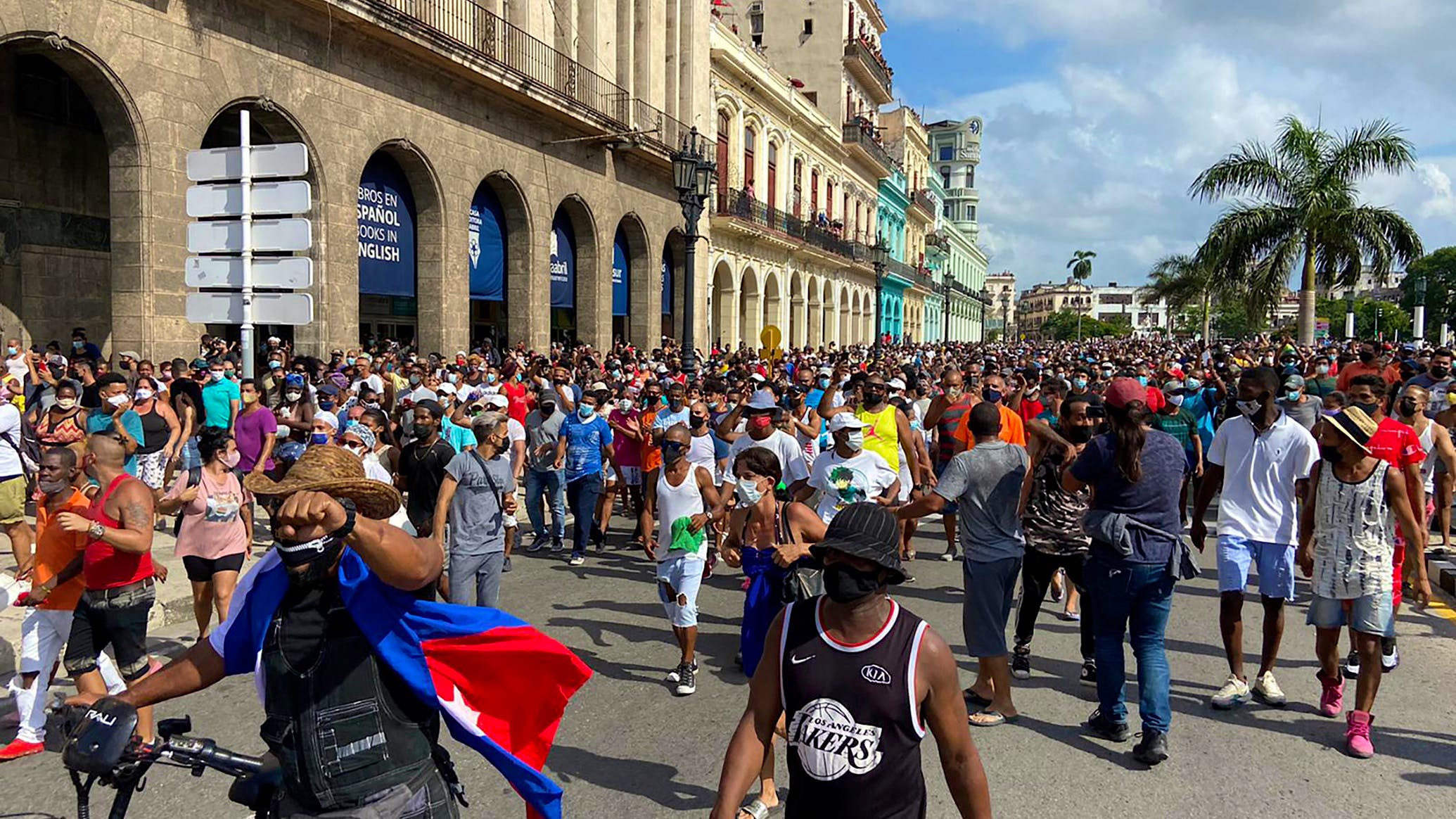 Prior to July’s unrest, the Biden Administration had paid little attention to Cuba. In April, just a few months after inauguration, White House press secretary Jen Psaki said “a Cuba policy shift or additional steps is currently not among the president’s top foreign policy priorities.” Some felt Biden would follow in the footsteps of President Obama, who moved the United States closer to normalization with Cuba than any other U.S. president since the embargo began more than 60 years ago. President Trump erased much of President Obama’s moves, making it harder for Americans to visit Cuba and, among other restrictions, erasing the ability to legally bring back Cuban cigars when traveling abroad.

Cuba has been hit particularly hard by the Covid-19 pandemic, with new cases rising sharply this summer: more than 6,400 cases were reported on July 12, compared to roughly 1,000 per day back in April and May. Cuba’s economy, highly dependent on tourism, has been ailing as the country remains largely shut down to visitors.

Cuba is a leading producer of cigars, the home to such storied brands as Cohiba, Montecristo, Romeo y Julieta and many more, but current U.S. law prohibits Cuban cigars from being sold in the United States.