All cigar aficionados need a humidor (or a few) to keep their cigars in ideal condition, and you can get a fine one for around $1,000. But over the years a precious few have sold for hundreds of thousands of dollars (and even more) at auction. These five humidors, ranked in ascending order, are the most expensive ever to go under the hammer.

It didn’t matter that the final evening of the 2017 Habanos Festival was dedicated to Montecristo—that night Cohiba stole the show. With its tall, sleek pedestal and bizarre sculpture of a golden Taino Indian head seeming to float on top, the large humidor begged for attention at the auction—and certainly got it, inciting an aggressive bidding war. While the humidor’s design would certainly make a statement in anyone’s living room, it was probably what was inside that inspired such interest: 580 Cohiba cigars, including 20 each of the prized Behike trio (BHK52, BHK54 and BHK56) as well as 25 of the Majestuosos 1966 anniversary smokes. The bidding battle ended in victory for investor Leander D'Silva of Apéro, part of a Toronto investment firm. He won the lot with a winning bid of 380,000 euros, which today converts to about $411,000. 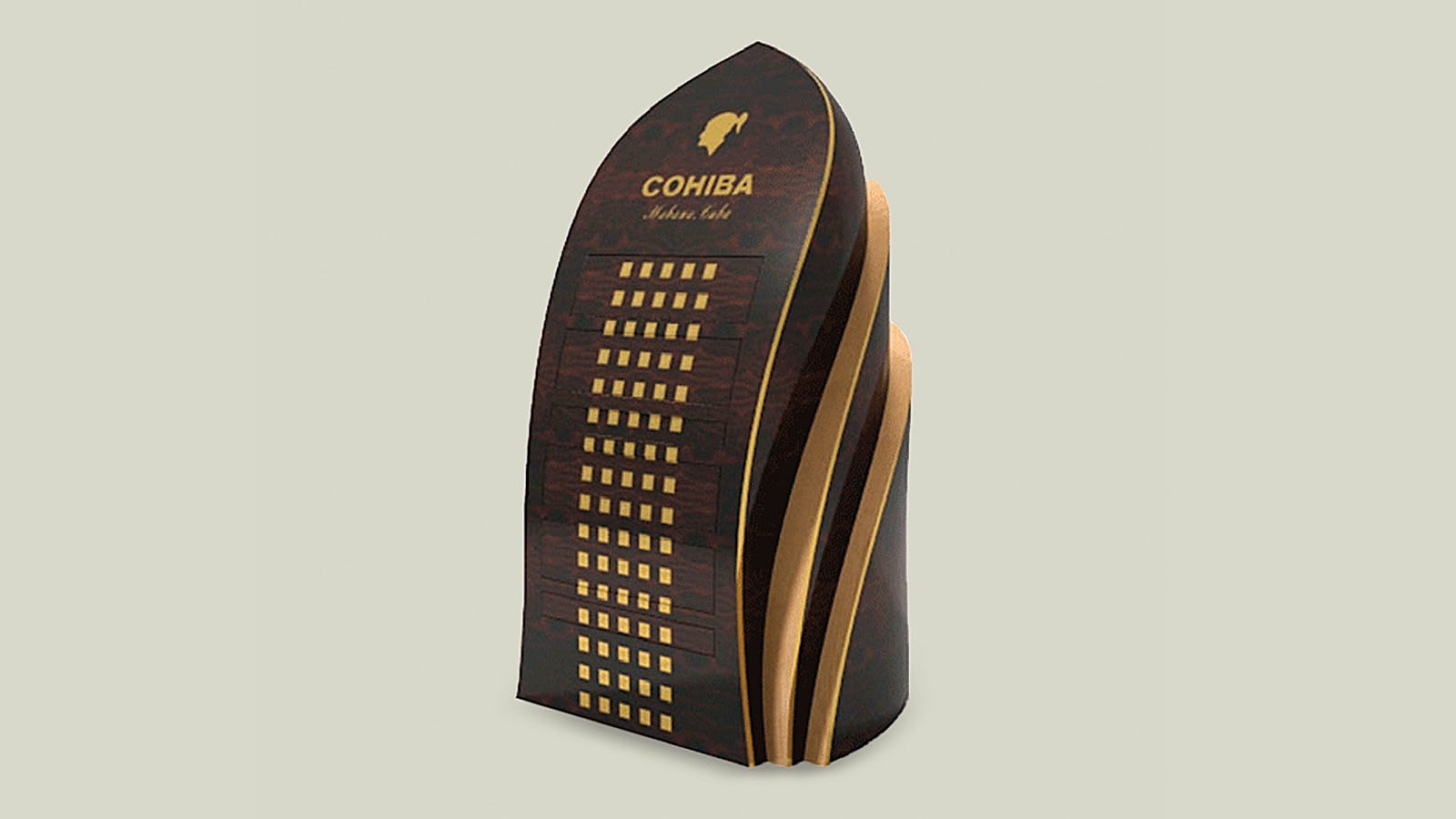 If you were in Havana on the night of February 26, 2011, you’ll remember bidding seemed on the conservative side at the annual humidor auction closing the Habanos Festival. Nothing broke 100,000 euros, and one lot even went unsold because it couldn’t make reserve. That all changed when the final lot went to the auction block. It was a curved, Cohiba humidor standing four-and-a-half feet tall that Habanos described as “monolithic” with a sheer façade and segmented body meant to represent the layers of a rolled up tobacco leaf. Suddenly, the auction got some life. Bidding soared into the hundreds of thousands until the lot was won by José Maria Palacios Fernández of Spain’s Altadis S.A. for 450,000 euros. Back then, it amounted to more than $600,000, but today, it’s closer to $487,000. Either way, it’s a lot of money, and one of the priciest humidors Habanos ever sold. 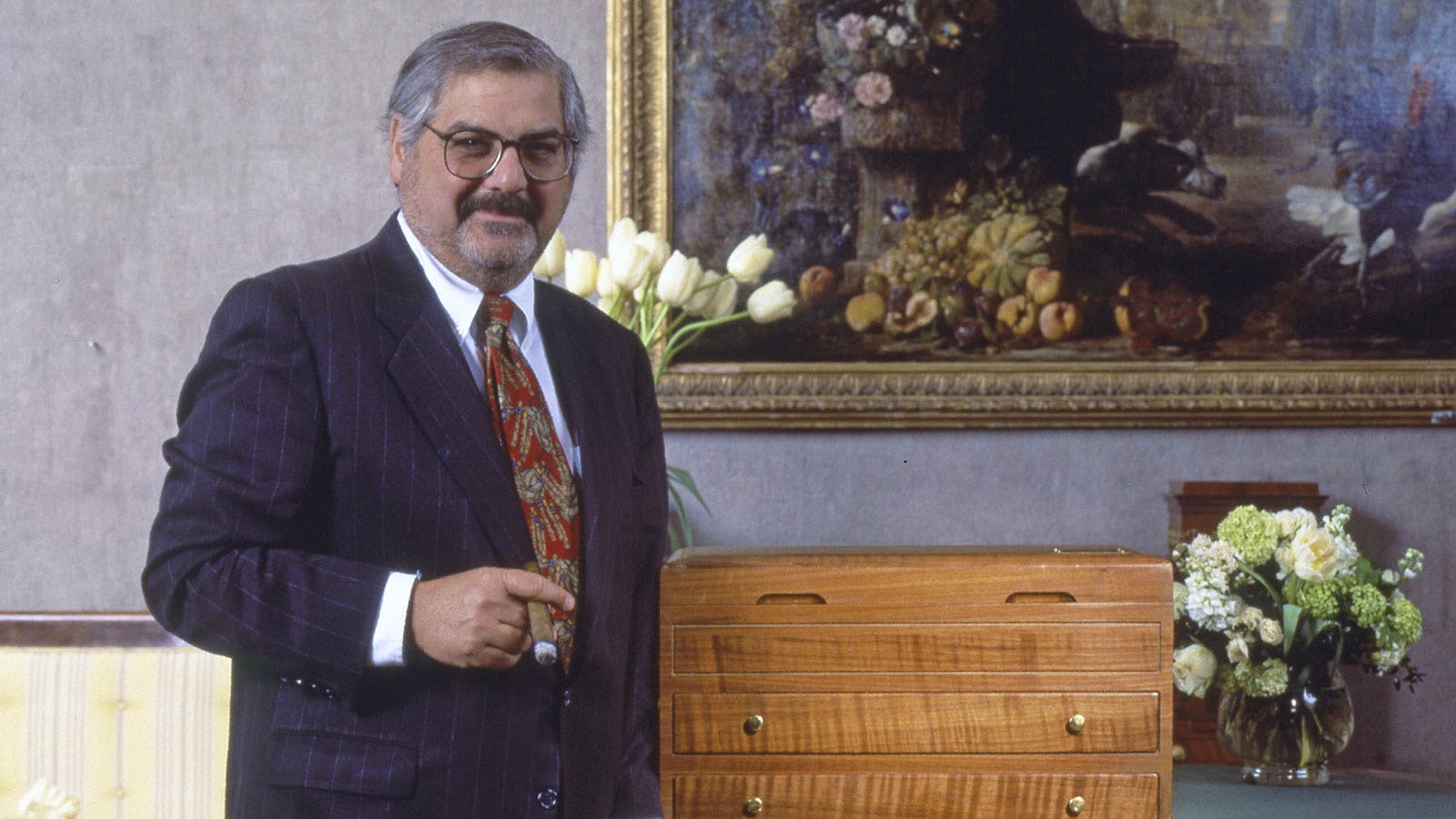 “I had no intention of spending $575,000 Tuesday night, April 23, at the Sotheby's auction of the estate of Jacqueline Kennedy Onassis. The only thing I knew was that I wanted President John F. Kennedy’s humidor, a present to him from Milton Berle on JFK’s inauguration day in 1961.” So wrote Marvin R. Shanken in the Summer 1996 edition of Cigar Aficionado (the magazine was a quarterly back in those early days). Shanken started bidding when the bids were well over $100,000; when the price soared to a quarter of a million, it was down to him and a bidder on the phone.

“At $400,000, there was a long pause from the phone bidder. I instinctively knew we were at or near his limit; I had passed mine minutes before, so I was already beyond caring about the amount. Now it was about the humidor,” wrote Shanken.

“Almost in a dream, I heard the gavel slam down and the auctioneer say, ‘Sold!’ amid the cheers in the room. Not knowing who I was, auctioneer Diana Brooks, the president and CEO of Sotheby’s, said from the podium, ‘I hope you like cigars.’ Little did she know!”

The humidor now sits in the corporate conference room of M. Shanken Communications Inc. in New York City, a proud symbol of one of the greatest cigar smokers of all time. “The humidor, and all that it means to cigar smokers who revere President John F. Kennedy, is now preserved,” Shanken wrote. “Cigar Aficionado has now become the guardian of an important symbol, a legacy of JFK’s love of a fine cigar. It is an honor.”

Cigar Aficionado’s Night to Remember dinners raised approximately $30 million for charity over the years. Perhaps the most stunning lot ever brought to auction at one of those black-tie events was the one held in April 2005. The final lot was Marvin’s Mystery Box, a special Elie Bleu humidor commissioned by Marvin R. Shanken, containing Cuban cigar bands inlaid in the marquetry.

The piece drew the interest of some very famous dinner guests: Michael Jordan, Rush Limbaugh and Sidney Frank (who was bidding over the phone, via Lee Einsidler). The price went higher and higher, until it reached $300,000. Auctioneer Shanken offered to triple the lot, selling one to each man, and financier Michael Milken matched the amount, for a total of $1.8 million. 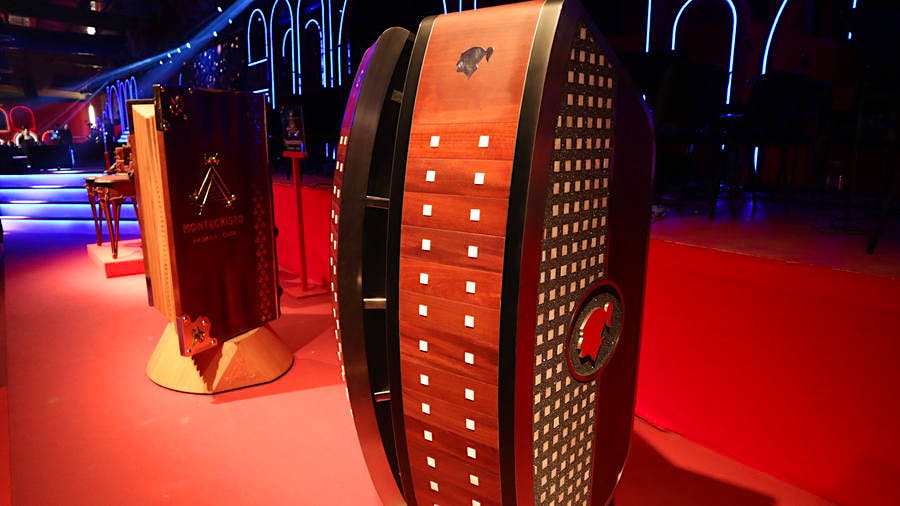 Few were expecting the 2020 Habanos Festival auction to draw record bids. After all, the Coronavirus pandemic was starting to spread, spooking world stock markets and casting a bit of a pall on the celebration. But records fell—in a big way—once this auction began. The final lot, a large Cohiba humidor filled with treasures, sold for 2.4 million euros ($2.6 million) to Chinese businessman Li Thet.