It seems as early as athletes celebrated championship victories, they did so by lighting up cigars. From football to women's hockey, victors have often indulged in post-championship smokes to cap off seasons of greatness and hard work–ultimately claiming their sports' most prized trophies.

A haze of cigar smoke was once a common phenomenon at such storied basketball arenas as Madison Square Garden in New York City and Boston Garden. But even as regulations have banished cigars from the ranks of spectators in the stands, special dispensation is often bestowed on players within the confines of the locker room.

Never are the rules more lax than when celebrating a championship is in order. Hardly a title is won when someone doesn’t light up. But, as Michael Jordan told Cigar Aficionado editor & publisher Marvin R. Shanken in an interview in the August 2005 issue, smoking in the NBA doesn’t always wait until a crown is secured. The Chicago Bulls’ superstar and six-time NBA champion took to enjoying a substantial Hoyo de Monterrey Double Corona as a way to relax during the long drives to home games, lighting up before he played. 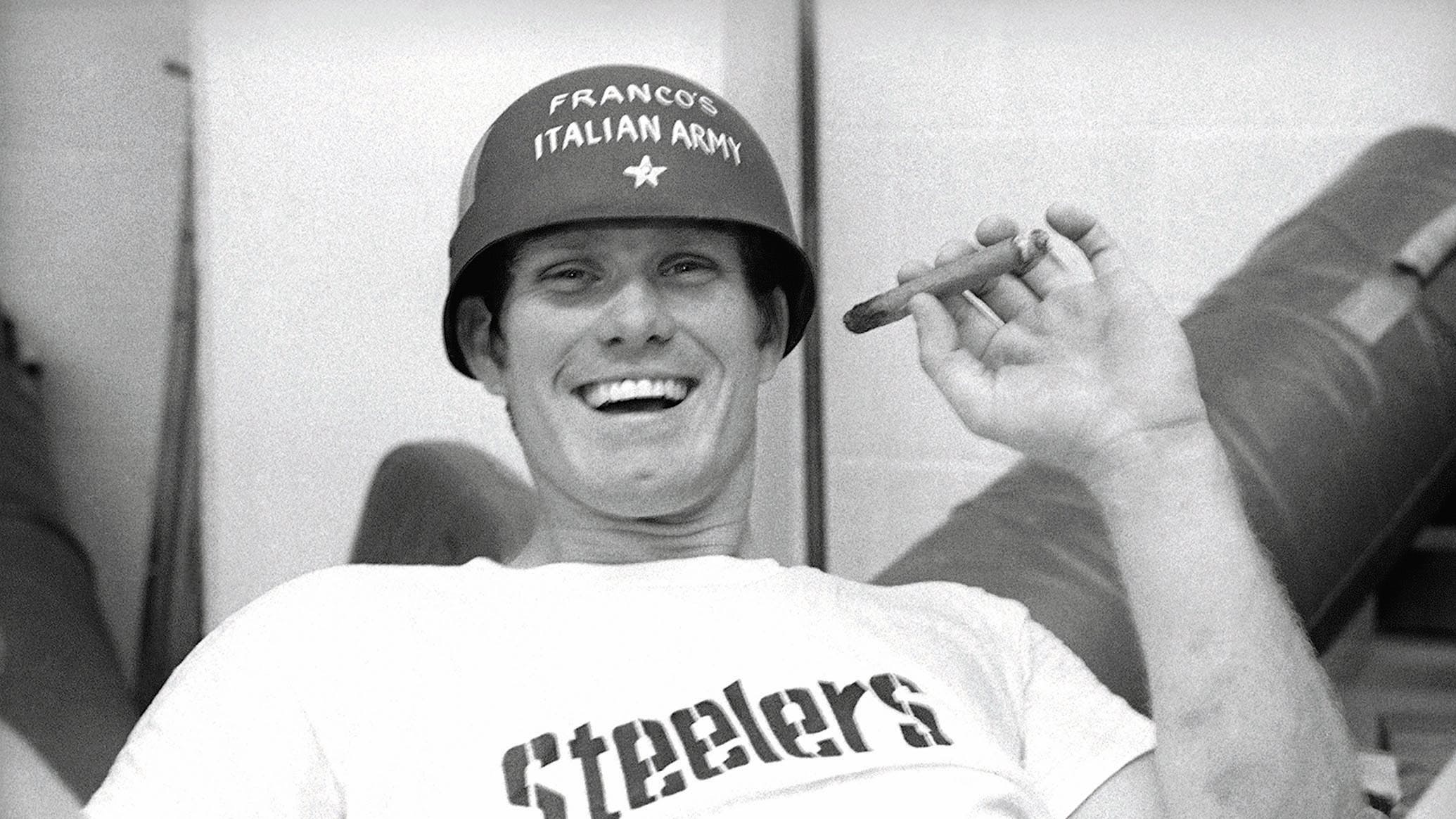 Vince Lombardi famously said, “Football is not a contact sport, it’s a collision sport—dancing is a contact sport.” But it can also be a smoking sport as these gladiators prove. Even while removed from the field of competition, Joe Namath contemplated his situation with a smoke. He had announced he was quitting when Commissioner Pete Rosell demanded he sell his interest in the mob-tainted Manhattan bar Bachelors Three and gone to Hollywood to star in movies. He would come to his senses and return to the game.

One memorable cigar celebration came last year when owner Robert Kraft opened a humidor of 50th Anniversary Padróns for his champion Patriots. At the time, he quipped he only smoked “on rare occasions—like after winning the Super Bowl.”

It’s often said that baseball is a game of inches. It’s the difference between a foul and a homer, a ball and a strike, a put out and a run scored. But it can also be a game of ring gauges—as attested by the many cigars smoked by players and spectators alike. The rule is big game, big cigar. Bobby Thompson’s legendary ninth-inning home run that capped a league playoff for the New York Giants over the Brooklyn Dodgers, of course, deserved a smoke. 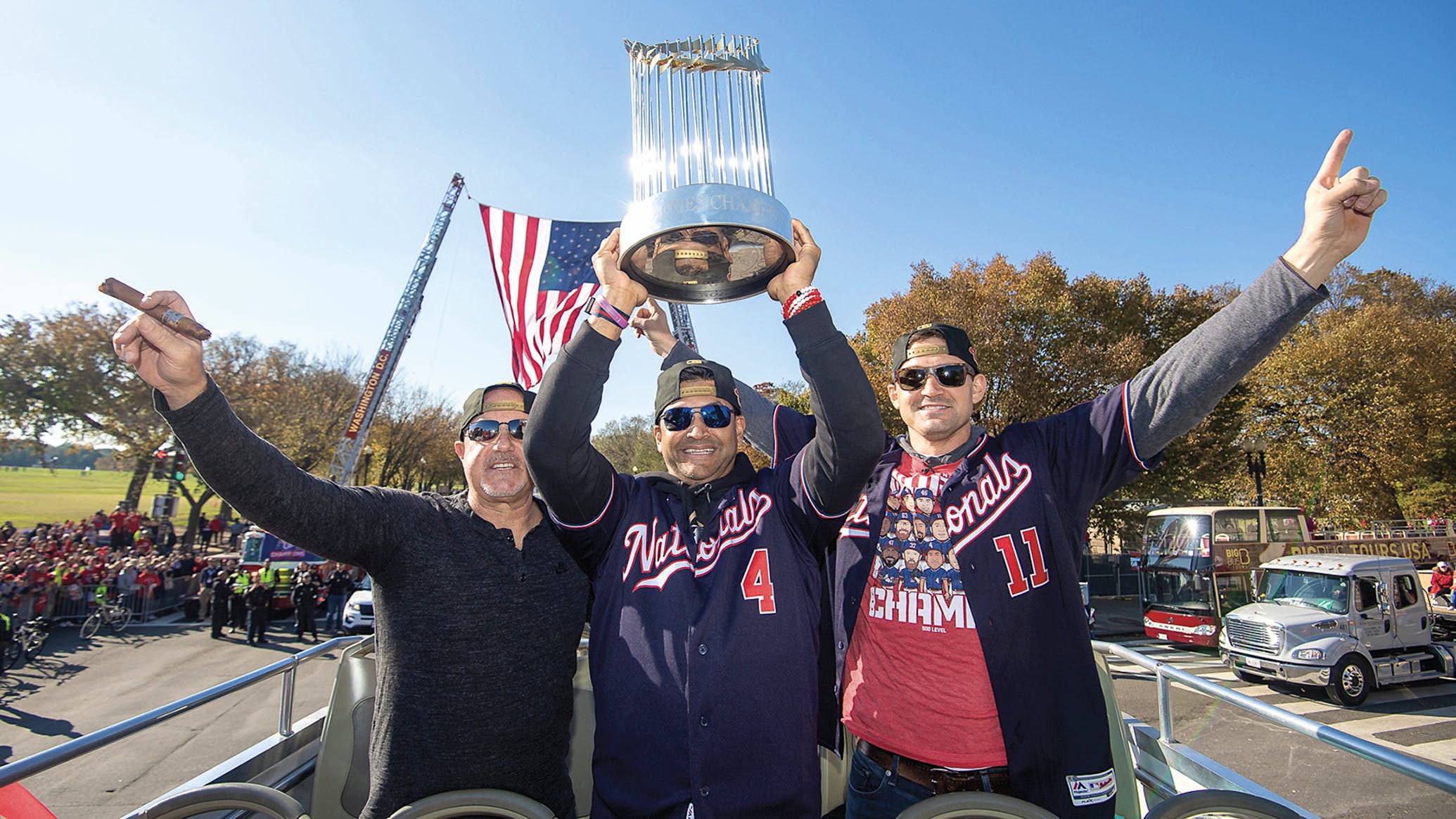 In 2019, the Nationals gave Washington its first Series in 95 years and general manager Mike Rizzo (left), felt the occasion warranted for a victory smoke. (Photo/Courtesy of Washington Nationals)

Perhaps no sport is more suited to the simultaneous enjoyment of a fine cigar than golf. The long walks (or at least cart rides) through the bucolic surroundings of a golf course promote the same sort of serene attitude that a cigar so often provides. The measured stop-and-go action allows for players to carry their lit smokes with them, rest them on any number of purpose-built cigar holders (or even in the grass) and then calmly take their shots. And all the world is your ashtray.

What better way to replay a game (in celebration or solace) than at the 19th hole with a cigar? But what separates the rest of us duffers from the adept professionals shown here is the ability to smoke and swing capably at the same time.

Cigars and hockey is a fire-and-ice combination that just makes sense. Beyond the many sticks that get smoked by spectators to keep warm in the chilly surroundings of an ice rink, there is the solid tradition for celebrating great victories with a smoke.

The Great Gretsky himself, hockey’s finest player, adorned our cover in 1997. And consider one reply to the kerfuffle that arose in 2010 when the victorious Canadian women Olympians feted themselves with cigars, beer and Champagne after the gold medal game. Even while apologizing, the spokesman for the Canadian Olympic Committee said, “In terms of the actual celebration, it’s not exactly something uncommon in Canada.” Oh, Canada!