Premium cigars, exceptional spirits, quality food and lively conversation were all a part of the second-ever Big Smoke Meets WhiskyFest, held on May 28 at the Seminole Hard Rock Hotel & Casino in Hollywood, Florida. VIP attendees lined the hallways of the hotel's ballroom long before the 5:30 start-time, eager to make their way inside, and everyone was chomping at the bit to meet the biggest names in the cigar industry in a cigar-friendly atmosphere. Each guest was given an event-branded tote bag from Cigar Aficionado ready to be filled with handmade smokes. 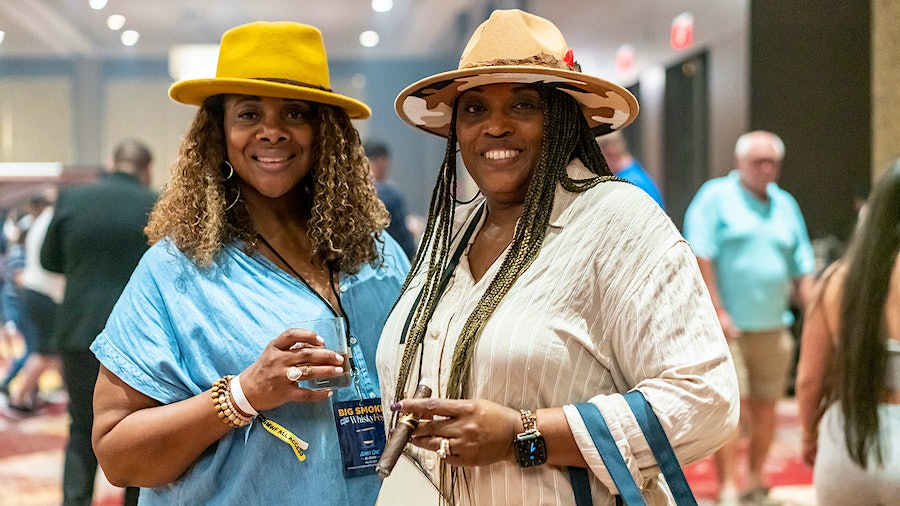 People came from all over the United States for the second-ever Big Smoke Meets WhiskyFest, enjoying fine cigars and fine spirits.

As guests entered the main ballroom, they were greeted with a festive atmosphere. The biggest brands in the cigar and spirits industries filled the room with eye-catching setups—none more elaborate than J.C. Newman's towering replica factory display. As they made their way around the ballroom, attendees could be seen with loads of cigars—often with one of them lit—that were handed to them directly from the cigarmakers themselves, along with a fine drink and savory food from one of the many stations around the room. The energy was high as a band played in the background, often playing covers from classic groups such as The Beatles, The Rolling Stones, and Journey. Smiles and stimulating conversation abounded throughout the ballroom as like-minded cigar and whisky aficionados mingled together. 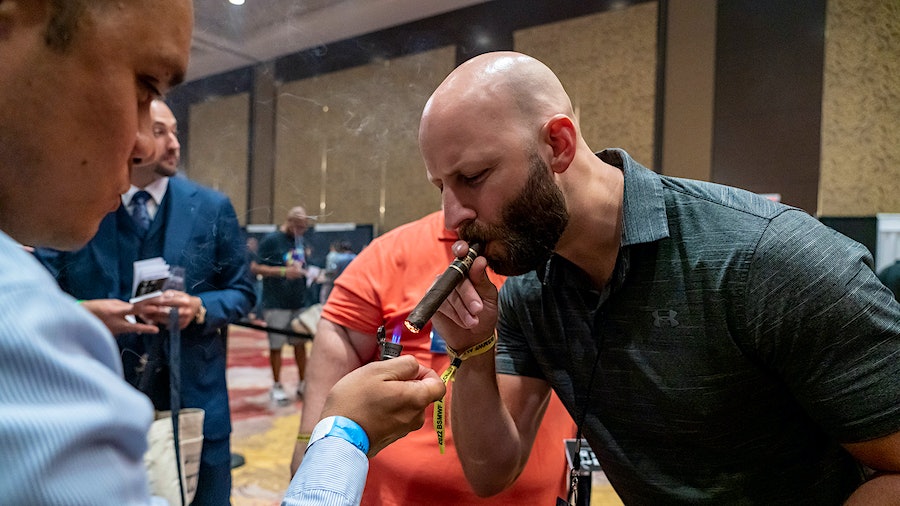 Getting a helpful light at a cigar booth on Saturday night. 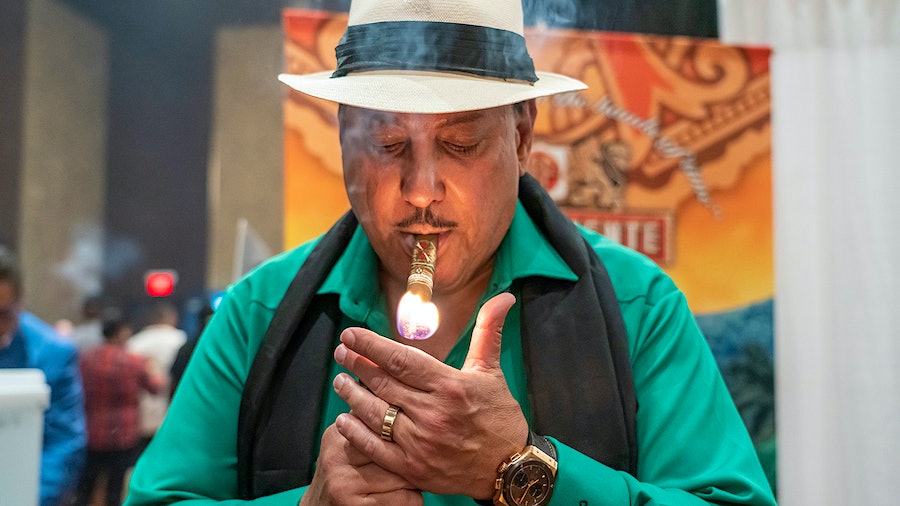 Arturo Fuente maker Carlos Fuente Jr. on the show floor, lighting up one of his Fuente Fuente OpusX cigars. 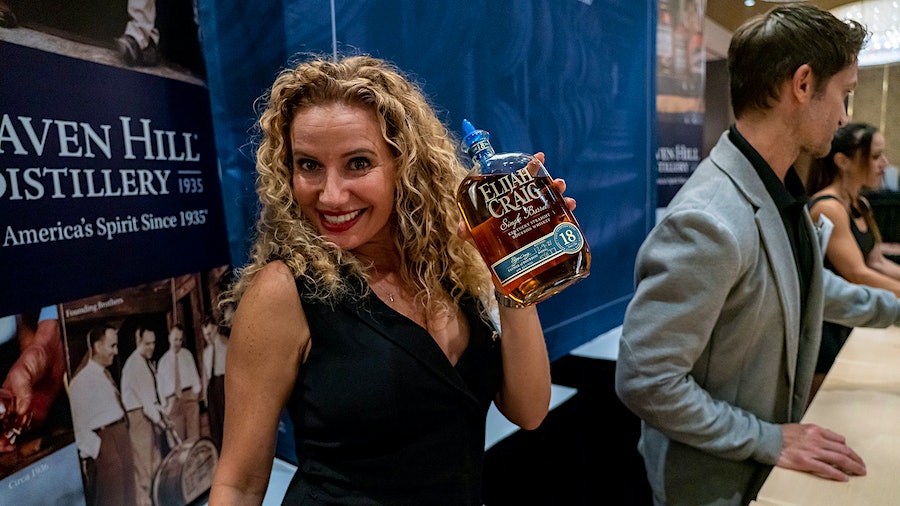 Elijah Craig 18 year old was one of many fine Bourbons being poured at the Saturday night event.

Tim Stroud, who made the trip from a small town in North Carolina, was in attendance for the first time at a Big Smoke event with a brimming smile on his face. Tim credits Rocky Patel for turning him into a cigar lover but finds it hard to connect with like-minded folk in his town, which made the event all the more rewarding for him. "How can you not be happy with all the great people and the great culture here?" said Tim.

Matt and Melissa Hayes from Chicago were there for the second time, having come to the inaugural Big Smoke Meets WhiskyFest last November. The couple is a walking embodiment of the event, as Melissa considers herself a whisky aficionado, whereas Matt is the cigar lover. Yet both share an equal passion for fine pairings, making this event a must-attend for them. Matt and Melissa were glowing with enthusiasm during this Saturday evening as they considered the event another exciting step in their journey into the worlds of fine smokes and spirits. 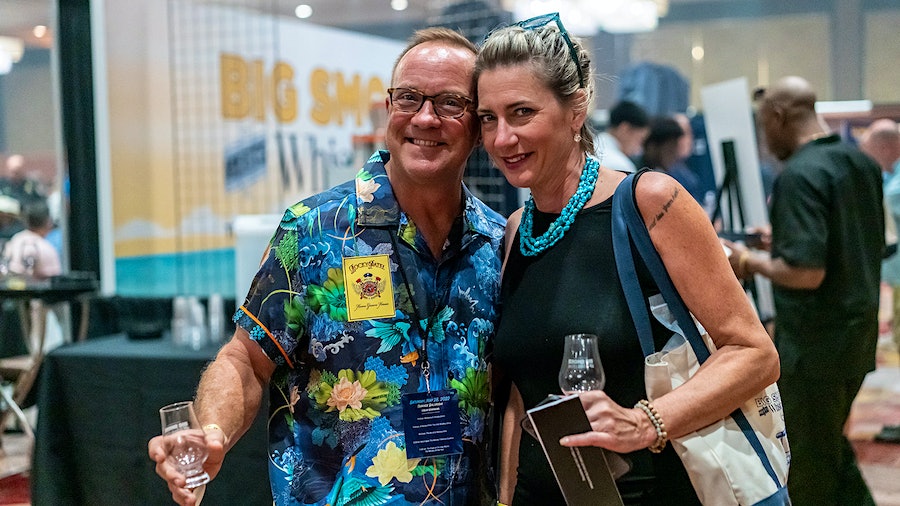 In large, attendees of the second-ever Big Smoke Meets WhiskyFest varied greatly in context, with husbands and wives, groups of friends and single-person guests gathered together from all over the country to share their passion for premium cigars and spirits.

Cigar Aficionado will be back this year with the Big Smoke event in Las Vegas November 11 and 12; click here for more information.