After two years off due to the global pandemic, the Habanos Festival is back on schedule for 2023. Today, Habanos S.A. announced the dates for its next international cigar celebration: February 27 to March 3. The last Festival was held in 2020 shortly before Covid-19 tightened its grip around the world.

Officially called the Festival del Habano XXIII, the gathering in Havana is one of the world’s largest cigar parties, where thousands come from all over the planet to celebrate Cuban cigars. It’s also an unusual time of year for the Cuban cigar industry. Normally closed off to the public, Cuba’s cigar factories—and a few select tobacco farms—open up to tours and field trips. There are seminars and cigar dinners, and Habanos uses the event to unveil new products. 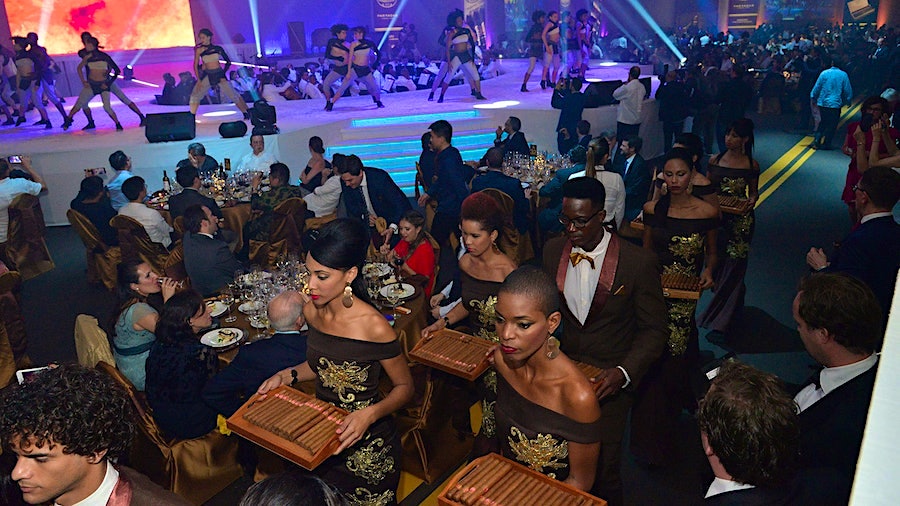 The closing dinner of the 2018 Habanos Festival in Havana, Cuba. (Photo/Lázaro Luis)

After 2020, Habanos has held virtual events, one called Habanos World Days, as a sort of stand-in for the actual festival. Products were introduced and presentations were streamed online by Habanos officials. In September, Habanos hosted a festival-like party in honor of Cohiba’s 55th anniversary.

There’s no official word yet as to which products will be shown at the upcoming 23rd festival, but expect the usual itinerary of cigar-heavy activities, including special smokes and a charity auction of one-of-a-kind humidors with proceeds going to Cuba’s public healthcare system.

Check back with cigaraficionado.com to see more details as they develop.