The best Cigar of the Year. The most exciting Whisky of the Year. The two will be paired together at the Big Smoke Meets WhiskyFest seminars, taking place Saturday, May 28 in Hollywood, Florida.

The Cigar of the Year is the Padrón 1964 Anniversary Series Torpedo, rated 97 points by Cigar Aficionado magazine. The cigar has been in short supply for some time, but since it was named Cigar of the Year in January, the smoke has been extremely hard to find.

Jorge Padrón, the man who runs Padrón Cigars Inc., will be on stage with Cigar Aficionado executive editor David Savona to discuss the history of the cigar, how it’s made, and how Padrón has emerged as a leading producer of cigars. The company makes all of its cigars by hand in Nicaragua and is the only producer to win Cigar of the Year four times. 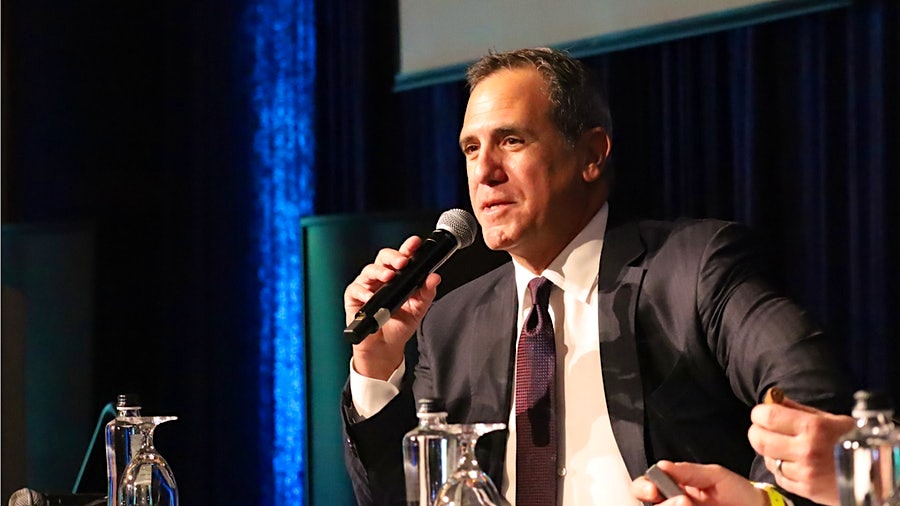 Jorge Padrón of Padrón Cigars speaking to the audience at the 2021 BIg Smoke Meets WhiskyFest. He will return this year for a tasting of his Cigar of the Year. (Photo/Zak Bennett)

The high-scoring Torpedo will be paired with the Whisky of the Year—Lagavulin 11-year-old Offerman Edition: Guinness Cask Finish, which was rated 95 points by Whisky Advocate, a sister publication to Cigar Aficionado. The Islay single malt Scotch has a suggested retail price of $80 a bottle.

The Scotch is 11 years old, and it spends four months of finishing in casks that once held Guinness stout. The whisky was inspired by actor and comedian Nick Offerman, best known for his work on the television series “Parks and Recreation,” as well as his love of Lagavulin. It’s been in short supply since being given the accolade of Whisky of the Year.

Rasmus Just, National Educator for Scotch at Diageo Hospitality Division, will be on stage describing the whisky.

Tickets are still available for the seminars, by clicking here.

The other seminar topics are:

For a special offer on the seminars for new attendees, click here.