Texas is back in business. After nearly a year of various shutdowns and restrictions designed to slow the spread of the deadly Covid-19 virus, Texas Gov. Greg Abbott announced last week the reopening of Texas businesses and the end of the statewide mask mandate. Abbott’s executive order goes into effect today, and allows any Texas business to open to 100 percent capacity should they so choose. Across the Lone Star state, cigar shops contacted by Cigar Aficionado welcomed the return of normalcy while expressing caution for their customers.

“We’re strongly recommending that customers still wear masks,” says Keith Rumbo, co-owner of Club Humidor in San Antonio, Texas. “We won’t make you wear a mask—the customer won’t be forced out if they don’t have a mask—but we’re not going to risk it. Our employees will still be masked up.”

Rumbo, along with his wife Tiffany, owns three Club Humidor locations across San Antonio. Like many cigar retailers in Texas, he says the shutdown was devastating to his business.

“It was horrible when it first hit. A week into it, we were doing mail order only. Then we started curbside pickup at one location, then curbside at all three locations. Now the stores are open, but we’ve been operating at limited capacity.”

Rumbo notes that, even with Abbott’s announcement, he’ll be maintaining socially distanced seating arrangements in all three of his locations and prohibit moving furniture to less than six feet apart.

“We’ve had a really good bounceback, and we’re going to keep up our safety measures. We’re really pleased with our customers being so loyal in this trying time.”

B.P. Battles, owner of The Boardroom Whisky and Cigar Lounge in Fort Worth, told Cigar Aficionado he’ll be opening up his lounge to 100 percent occupancy today, but says he’s also keeping strict safety policies in place.

“I’m requiring that customers continue to wear a mask when not seated,” Battles says. “They’ll have to have their temperature checked and sanitize their hands upon arrival. I realize this may be an unpopular decision, but I have a responsibility to keep my customers and employees safe.” 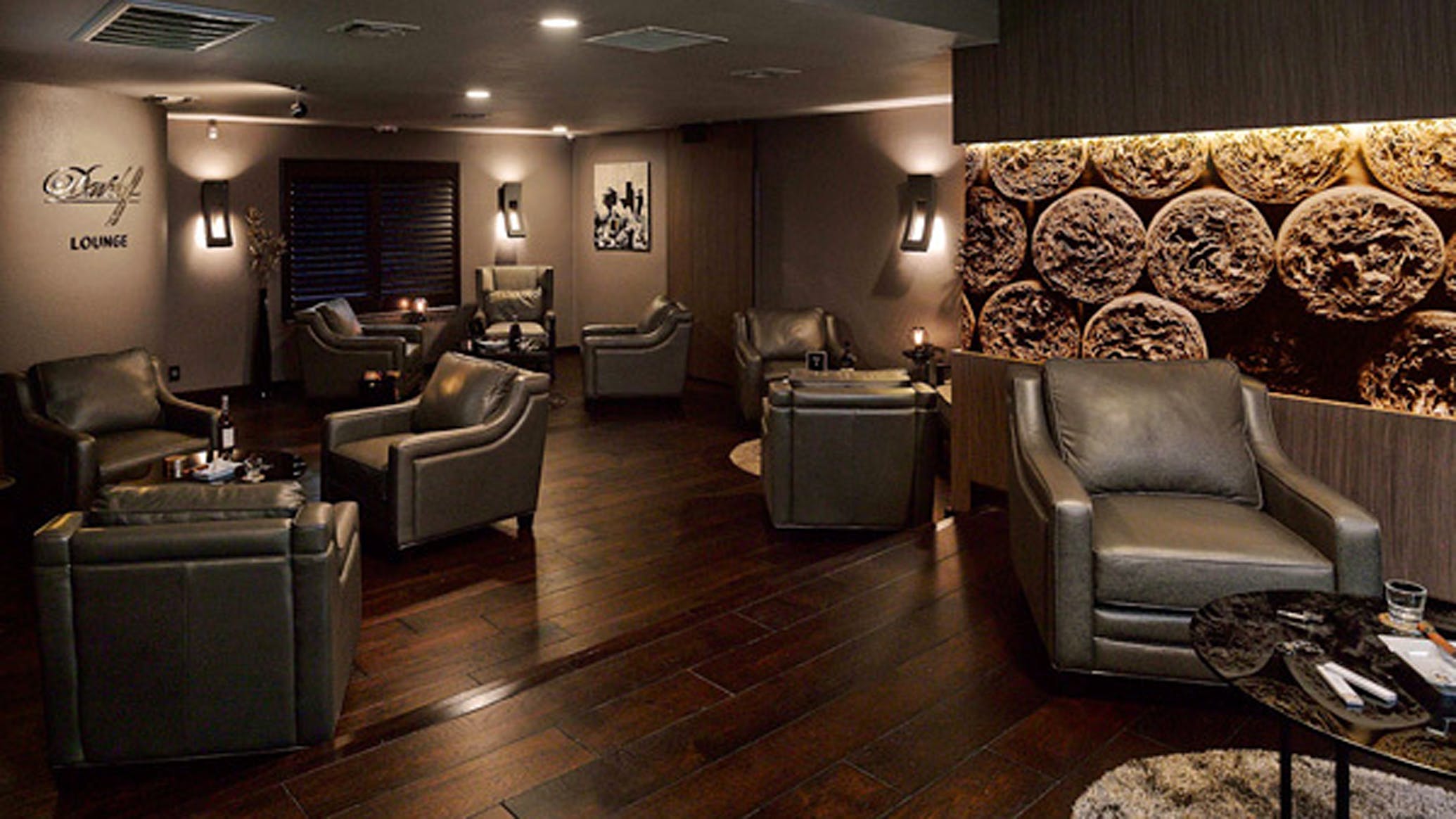 Battles has five employees who help him run the 1,600 square-foot cigar bar. “In March last year, I lost 65 percent of my business,” Battles says. “We were completely shut down in April. Things have improved since then but there are still too many unknowns out there. With the majority of Texas still not vaccinated and different Covid strains appearing we need to continue to be careful.”

In Dallas, a cigar shop called Cigar Art is looking forward to reopening its lounge while keeping safety measures in place.

“Dallas County had some of the strictest Covid restrictions in the state,” says Kelsi Cavazos, who owns Cigar Art with her husband Marco and business partner Russ Hargraves. “In addition to the mask mandate, we had a ‘no smoking inside’ restriction. Our lounge has been closed. We’ve been operating at ‘to-go’ capacity at 50 percent occupancy.”

Cavazos says the business suffered at the beginning of the shutdown, but found new opportunities in online sales.

“We pivoted hard to online sales and local delivery,” says Cavazos. “We offer online shipping pretty much anywhere in the U.S.”

Cigar Art, which measures about 1,700 square feet, has been in Dallas for more than eight years. The shop’s lounge, which takes up about 500 square feet, reopens today.

“Customers will still be required to wear masks in the retail and humidor area but they'll be allowed to remove their mask when sitting in the lounge.”

Lone Star Tobacco in Houston is also recommending that customers continue to mask up.

“Our staff is wearing masks,” the younger Henderson says. “We’re keeping everything clean. We have hand sanitizer for customers and employees.”

He also notes a loss of business caused by the shutdown.

“The last week in March and all of April [last year] was tough. We were doing curbside pickup only in April. Some local delivery also, but that was it.”

According to Brian Foley, the general manager of The Cigar Vault, which has two locations—one in Buda, the other in Austin—Abbott’s decision to lift the mask mandate doesn’t change the Vault’s safety policies.

“[Today] is not a magic date,” Foley says. “Nothing will change in regards to safety. We may open up a few more spots in the lounges, but our employees will continue to wear masks. We will require our customers to still wear masks.”

Foley says The Vault will continue to take Covid-19 seriously because they’ve seen the deadly toll of the virus firsthand. “We care about our customers. We’re a family-owned business, and we’re looking out for each other—and whether you like it or not, we’re looking out for the person in front of you. We’ve lost customers to Covid, so that's enough for us to say, ‘this is what we're going to do here.’ Our safety measures are not a point of discussion or argument, that's just how we're going to do things here.”

To date, Texas is the largest state to end its mask mandate. Fifteen other states have lifted their mandates or never instated one. According to data from the Texas Department of State Health Services, Covid-19 has killed more than 44,000 Texans.