It may be hard to believe, but Connecticut was once home to a thriving cigar industry that produced millions of smokes, many of them perfectos. To honor that bit of history, native Connecticuter and Foundation Cigar Co. owner Nick Melillo is adding two perfectos to Tabernacle, his biblically themed line.

“Anyone who has smoked Connecticut cigar brands of old knows the perfecto is a classic size,” said Melillo. “Most of the Connecticut cigars sold back in the day, we’re talking the ’40s and ’50s, were perfectos. F.D. Grave & Son, Topper … all those guys had a perfecto.”

And now so will Tabernacle, as the two new perfectos known as David and Goliath begin heading to shops soon. David measures 5 inches by 54 ring gauge, while Goliath is a bit fatter at 5 by 58. Both shapes will come packed in 25-count, slide lid boxes. David will carry a retail price of $12, while Goliath will cost $14 per cigar. 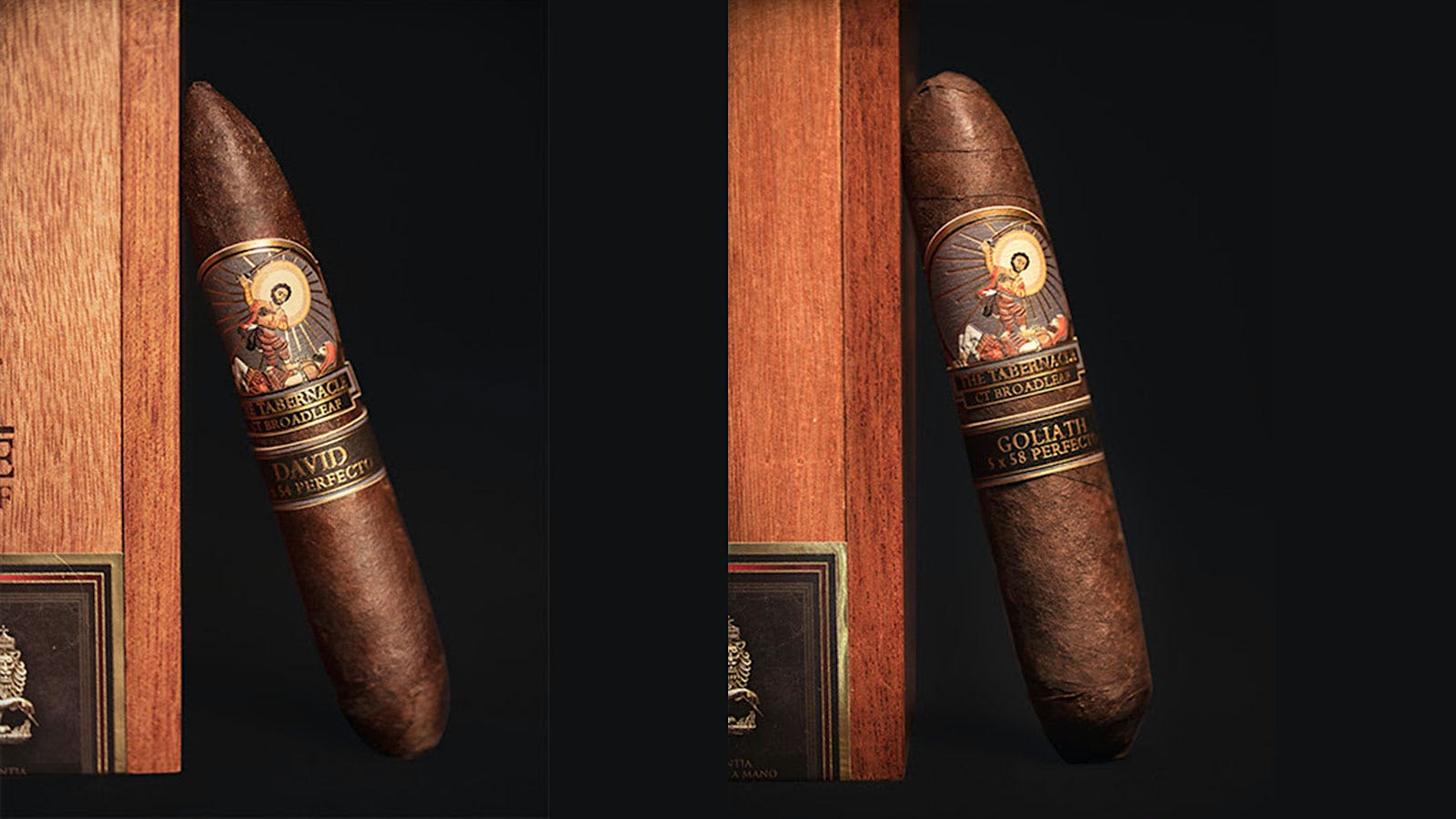 The new sizes feature the same blend as the other Tabernacle sizes: dark, Connecticut broadleaf wrapper covering a Mexican San Andrés binder and filler leaf from Honduras and Nicaragua, including a leaf from La Soledad, a notable farm owned by cigar maven A.J. Fernandez.

Like the rest of the Tabernacle line, the new perfectos were also rolled at Fernandez’s factory in Nicaragua.

“It’s a great pleasure and honor working with A.J.,” said Melillo. “We are almost the same age, and we started around the same time. It’s been a really great, easy transition. I do all the selection and purchasing in the Connecticut Valley, and he’s done an amazing job fermenting the broadleaf.”