Tabacalera de Garcia, one of the world’s largest handmade cigar factories, has been completely rebuilt and has a new owner. Today, the facility was officially transferred to Tabacalera Group, headquartered in Madrid, Spain.

Located in La Romana in the Dominican Republic, Tabacalera de Garcia is where the non-Cuban versions of Montecristo, Romeo y Julieta, H. Upmann and many other brands have long been rolled. The factory has been a part of Britain’s Imperial Brands PLC since 2017.

Imperial sold its premium cigar division to an investment group for $1.225 billion euros (worth $1.2 billion today) back in 2020, when Tabacalera de Garcia made both machine-made cigars (with brands such as Backwoods) and premium cigars. Shortly before the deal in 2020, construction began on a new facility meant to separate machine-made operations from premium, resulting in the new Tabacalera de Garcia. The massive factory is a 15-million-euro facility (about $15.3 million) dedicated solely to crafting premium cigars by hand. Construction was just completed in July.

Despite the project, and despite the change in ownership, the production of handmade cigars for Tabacalera continued without interruption during the construction process and sale. The building that previously served as Tabacalera de Garcia has been renamed Imperial Tobacco La Romana, and is now a machine-made operation that still belongs to Imperial. The new, sprawling building that is now Tabacalera de Garcia spans more than 300,000 square feet with more than 2,100 employees and the capacity for more than 1,000 cigar rollers. According to Tabacalera, it has the ability to produce 40 million cigars by hand a year. 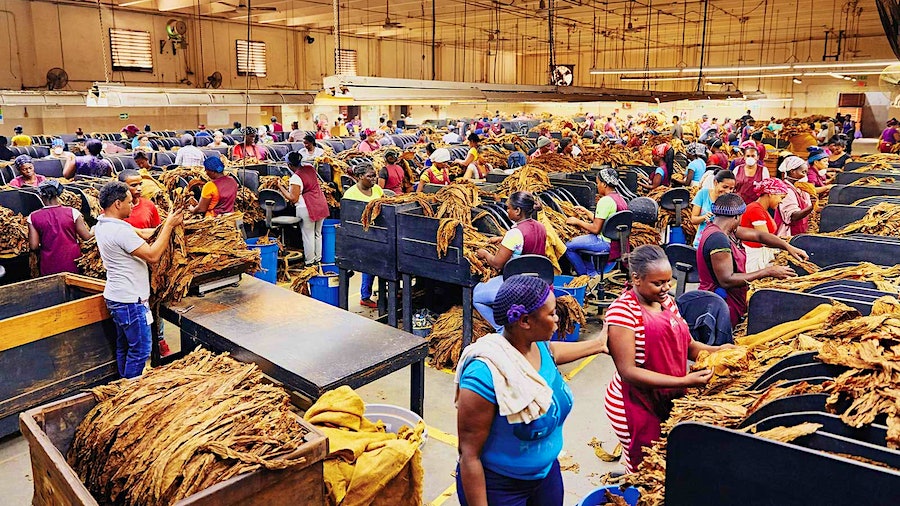 The official transfer of the factory was dependent on a deferred payment of 69 million euros (about $70.4 million). Now that the payment has gone through, the transfer was finalized today.

Fernando Domínguez, CEO of Tabacalera Group, noted: "With the entry of Tabacalera de García into the Group, the factory is situated at the epicenter of the business due to its relevance as the art of making cigars is the essence of the business and because it represents the most important group of people of the company”.

This transaction has been two years in the making. When Imperial divested the premium side of the business, it sold off its assets in two transactions to corporations owned by the investment group. One part of the sale included 50 percent of Cuban monopoly Habanos S.A. That was acquired by Allied Cigar Corporation S.L. Imperial’s U.S. division was sold for $200 million to a company named Gemstone Investment Holding Ltd. That part of the sale included Tabacalera USA and its assets Altadis USA, which is responsible for distributing premium cigars in the United States, online retailers JR Cigar, Serious Cigars and Cigars.com, plus the Casa de Montecristo retail chain. Tabacalera de Garcia, as well as the Flor de Copan factory in Honduras, were also part of the deal.