On the morning of September 9, Arizona took its first legal sports bet. Only three months later, it passed the $1 billion mark, faster than any other state had done. It’s a record that didn’t last long. Last November, New Jersey posted $1.3 billion in sports bets in that month alone. In New York, mobile sports betting became legal on January 9, and the Empire State took in $2.4 billion in its first five weeks, including a quarter of the entire nation’s legal mobile Super Bowl bets.

It’s a whole new world for legalized sports betting, which has been spreading across the United States like a wildfire since 2018, when the U.S. Supreme Court legalized the practice for any state that wants it. Morgan Stanley recently predicted that $216 billion could be legally wagered annually in the U.S. within three years. By comparison, North American movie box office sales in 2019 were $11 billion.

Thirty states, plus Washington D.C., offer sports wagering, and three others have legalized the practice but have yet to make it operational. California voters will take to the polls in November to consider opening up this potentially lucrative market. It’s estimated that within three years, at least 45 states will offer sports betting to their citizens.

Interested in wagering on sports? Don’t march in uninformed. The strategies I am sharing here have helped me win for the past 20 years.

The Perils of Parlays

No matter the sport, never bet parlays, which are a group of bets that require you to win multiple games for one payout. They are sucker bets, and comprise one-third of a sportsbook’s profits. (That’s why you’ll see offers to try to draw you into parlay bets.) They don’t come close to paying true odds.

At least 85 percent of NFL bettors bet favorites weekly, and only one of 1,000 bettors wins money betting the NFL, which tells me that favorites are inflated by bookmakers to attract equal betting on both teams. The best value by far are six points or less road underdogs. These teams finished a very profitable 51-28 against the spread last year, 64.5 percent.

Not So Super Teams

The first month of the season, bet against the two teams that played in the Super Bowl, as both teams will be overpriced. Tampa Bay and loser Kansas City were both 1-3 versus the spread their first four games. Always bet against the Super Bowl winner in its first game, a marquis Thursday night occasion that kicks off the new season and inspires the media-ignored opponent to play hard and not be embarrassed. Tampa Bay never came close to beating the nine-point-spread against Dallas in that first game last season, winning 31-29.

With division rivalries in pro football, bet against the team that beats the spread the first time they meet. Double your bet if it’s a road division underdog.

Limit your weekly picks to one or two NFL games. (For college, my limit is three to five.) The more weekly games one bets, the less of a chance you will win over a football season.

Most bettors consider comparative scores in matchups, which is a costly mistake. Team A beats Team B, who beat Team C earlier in the season, so people think Team C will lose against Team A. That gives team C an inflated underdog line. Ohio State (Team A) beat Michigan State (Team B) 56-7. Michigan State beat Michigan (Team C). But Michigan, getting 5, upset Ohio State 42-27. Bet on Team C. This system does well, especially in the talented SEC.

Sandwich games are when a non FBS/FCS school plays one of the Power 5 schools after and before big games. These are commonly called “body bag” games as the small schools need the money from these games to survive. Alabama beat Miami 44-13 in its opener last September. Next up was Mercer at home, a week before a big game against rival Florida. Alabama was a 54-point favorite versus Mercer and went through the motions winning 48-14, and not covering the spread. FSU had Jacksonville State (+28) sandwiched between Notre Dame and Wake Forest, and lost on a last-second Hail Mary 20-17. Look for “sandwich games” in early September.

If teams who meet in a bowl game played earlier in the year, always bet on the team that lost the first game as they are 9-1 versus the spread in the rematch over the last 10 times (2004–2022). In eight of those 10 games, they won the rematch outright. Revenge and motivation are sweet and worth waiting for. 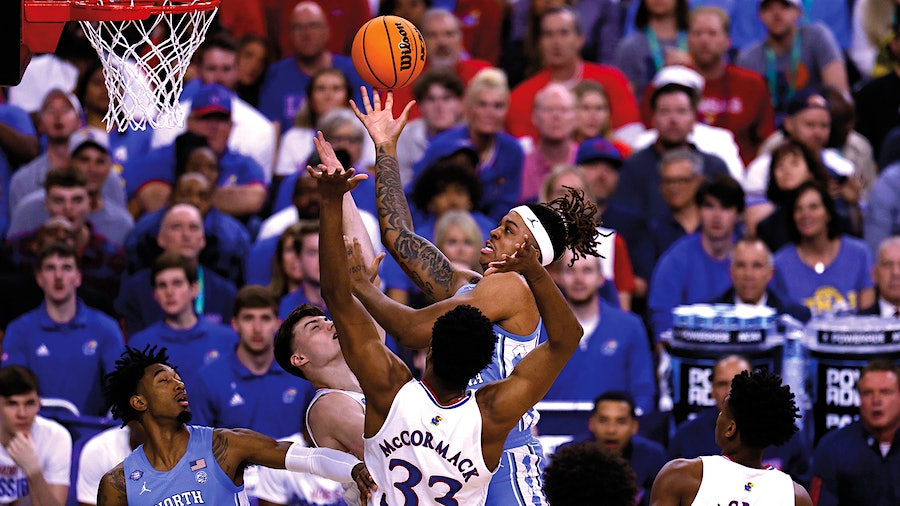 Conference foes play each other twice in the regular season. When a Power 5 Conference team loses at home, bet on that team when it’s a road underdog in the rematch. Duke beat North Carolina by 20 points at Chapel Hill on February 5, and in the rematch, North Carolina (an 11-point underdog) upset Duke 94-81 in Coach K’s last home game. Nebraska (10-22 this year) lost to ranked Wisconsin at home and as a 13-point road underdog upset Wisconsin 74-73.

Breaks Can Cause Problems

Bet against all underdog teams (especially ones with new head coaches) and against all teams favored by 10 or less that have not played in 10 or more days as they are out of sync and usually fail to cover the spread.

Focus On The Playoffs

With each NBA team playing 82 regular-season games, it’s impossible for players to play every game to their mental and physical ability, so skip betting on these games. In a seven-game playoff series, use the “Zig-Zag Theory,” which is to bet on the team that loses the spread in its first game. If that team loses two point-spread games in a row, double your bet on the winless team in game three, as it’s rare for a team to sweep 3-0 against the spread in the playoffs.

If a baseball team wins three games in a row, bet that team until it loses. Conversely, if a team loses three games in a row, bet against it until it wins. Use this system for only April and May, as oddsmakers sharpen their lines after the first two months of the season. The streak theory reduces your plays and takes advantage of early unexpected win and loss streaks.

Famous Las Vegas oddsmaker Kenny White points out that baseball home teams (which are usually favored) only win in April at a 50 percent rate. From May to August, according to White, home teams win 54 percent of the time, and it rises to 55 percent in September. If you like daily baseball action, bet against the home teams, especially early in the season.

Read Next: Sports Betting On The Go