Share
This newly designed box of San Lotano The Bull cigars pops with detail and color.

Boxes of the Nicaraguan San Lotano brand by A.J. Fernandez will start to look different in the coming weeks. The company has redesigned the packaging, moving from plain boxes with solid colors to a more traditional dress-box motif. The bands and blends have not changed. 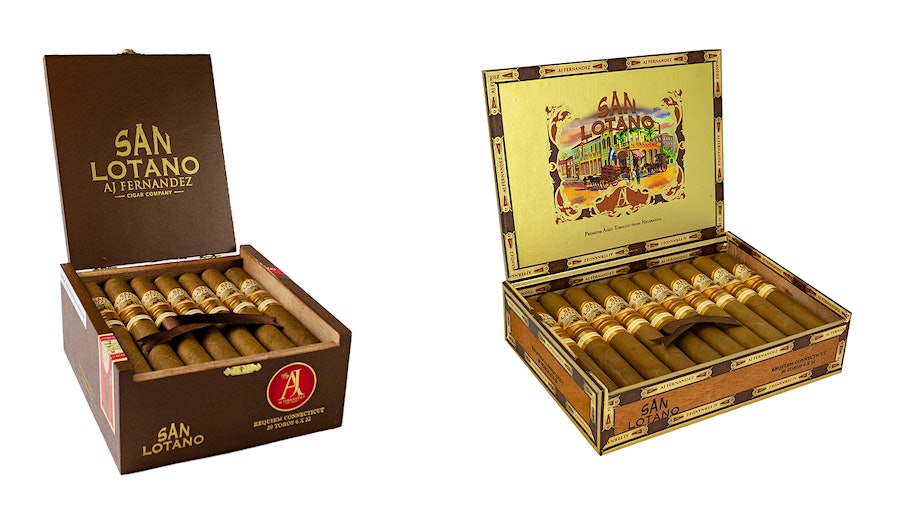 Before and after. These San Lotano Requiem Connecticut cigars went from plain, solid-color packaging (left) to the detailed, dress-box style shown on the right.

This is the second time that A.J. Fernandez has changed the boxes since the brand debuted in 2010. The last redesign was in 2017. According to Fernandez, he had intended to adapt this design years ago, but felt that impending FDA regulations would require large warnings, so he made a box better suited to an over-sized warning label. Now that this doesn’t seem to be an issue, all boxes will have the same illustration found on each band.

The San Lotano brand is named after Fernandez’s San Lotano farm, the first plot of land he bought in Estelí back in 2006. But this mountainside farm is named after his grandfather’s old Cuban brand called San Lutano, which is Spanish for someone who comes from Cuba’s San Luís region of western Cuba, Fernandez’s hometown. A mistake at the trademark office changed the U to an O, turning San Lutano into San Lotano, and Fernandez decided to run with it. 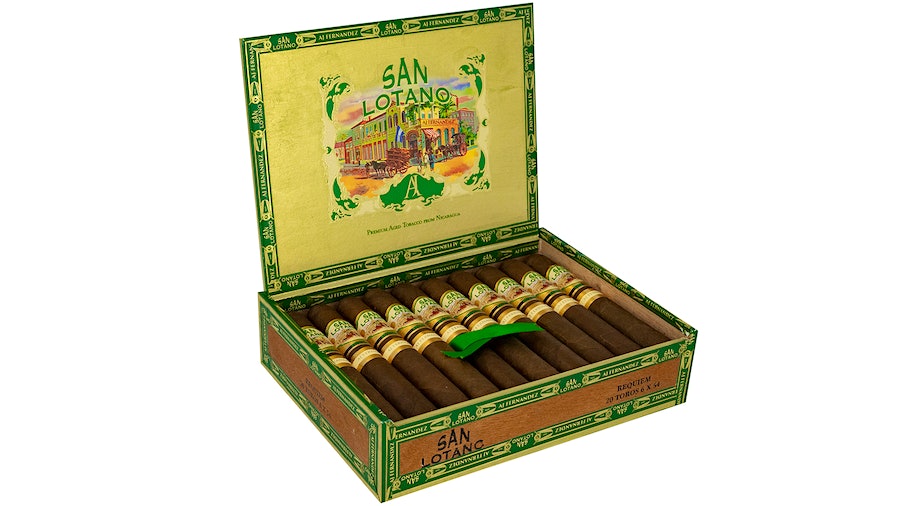 From the trim work along the edges (filete) to the romantic art on the lid (vista), the new box has all the elements of traditional dress-box packaging.

The San Lotano series comes in four different lines: Requiem Habano, Requiem Connecticut, Requiem Maduro and The Bull. The Dominicano, a collaboration between Fernandez and Dominican cigarmaker Jochy Blanco, is being phased out.