The Namakubi is back. Matt Booth of Room101 Cigars has resurrected his Namakubi brand in a single size which was previewed at the PCA trade show in Las Vegas, and retailers can expect the cigars to start shipping in the fall.

Made as a 5 1/2 inch by 50 ring perfecto called Ranfla, the limited-edition cigars are rolled with the same blend as the Namakubi Ecuador released in 2013: an Ecuador Habano wrapper, Honduran binder and a combination of Dominican and Honduran filler.

The packaging, however has changed a bit. Rather than the black-and-red boxes of the previous Namakubis, this packaging is purple in dedication to Alzheimer’s awareness, a cause that has great personal significance to Booth. A portion of the proceeds will benefit Keep Memory Alive, an organization that funds research and programs to provide assistance for those affected by brain disorders and their families. 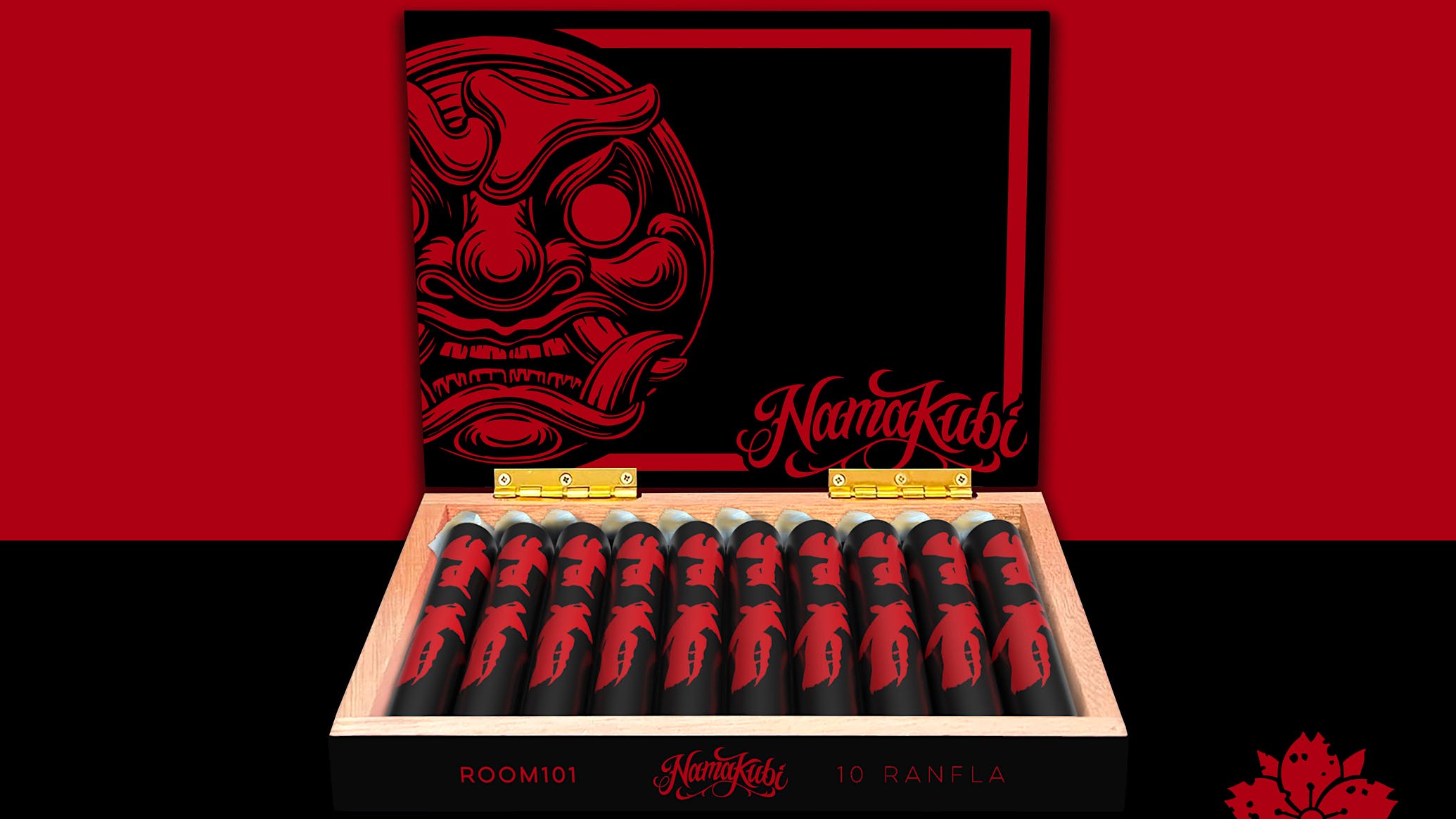 Production of the purple release is limited to 1,001 boxes of 10 cigars packaged in individual coffins, which will retail for $25 each or $250 per box.

Booth told Cigar Aficionado there will be a subsequent release of the Ranfla which will be paper-wrapped instead of coffins. These will both be in the purple packaging, along with a return to the older black-and-red packaging. Both are expected to hit the market sometime in the first half of 2022

The Room101 Namakubi Ranfla is manufactured in the Dominican Republic at Tabacalera William Ventura.