In celebration of his 60th birthday, which took place in February, brand owner and cigarmaker Rocky Patel will be releasing a new line of cigars that Patel says has been aged for two years. Aptly named Rocky Patel Sixty, the cigars are slated to debut at the PCA trade show in Las Vegas this summer, and will be a PCA exclusive available only to retailers who attend the convention.

Sixty is made in Nicaragua at Patel’s TaviCusa factory, and wrapped in a dark leaf of Mexican San Andrés. The rest of the tobacco was grown in Nicaragua. The new brand is offered in four sizes, all of them box pressed: Robusto, which measures 5 1/2 inches long by 50 ring gauge; Toro, at 6 1/2 by 52; Sixty, measuring 6 by 60 and Half Corona, 3 1/2 by 46. 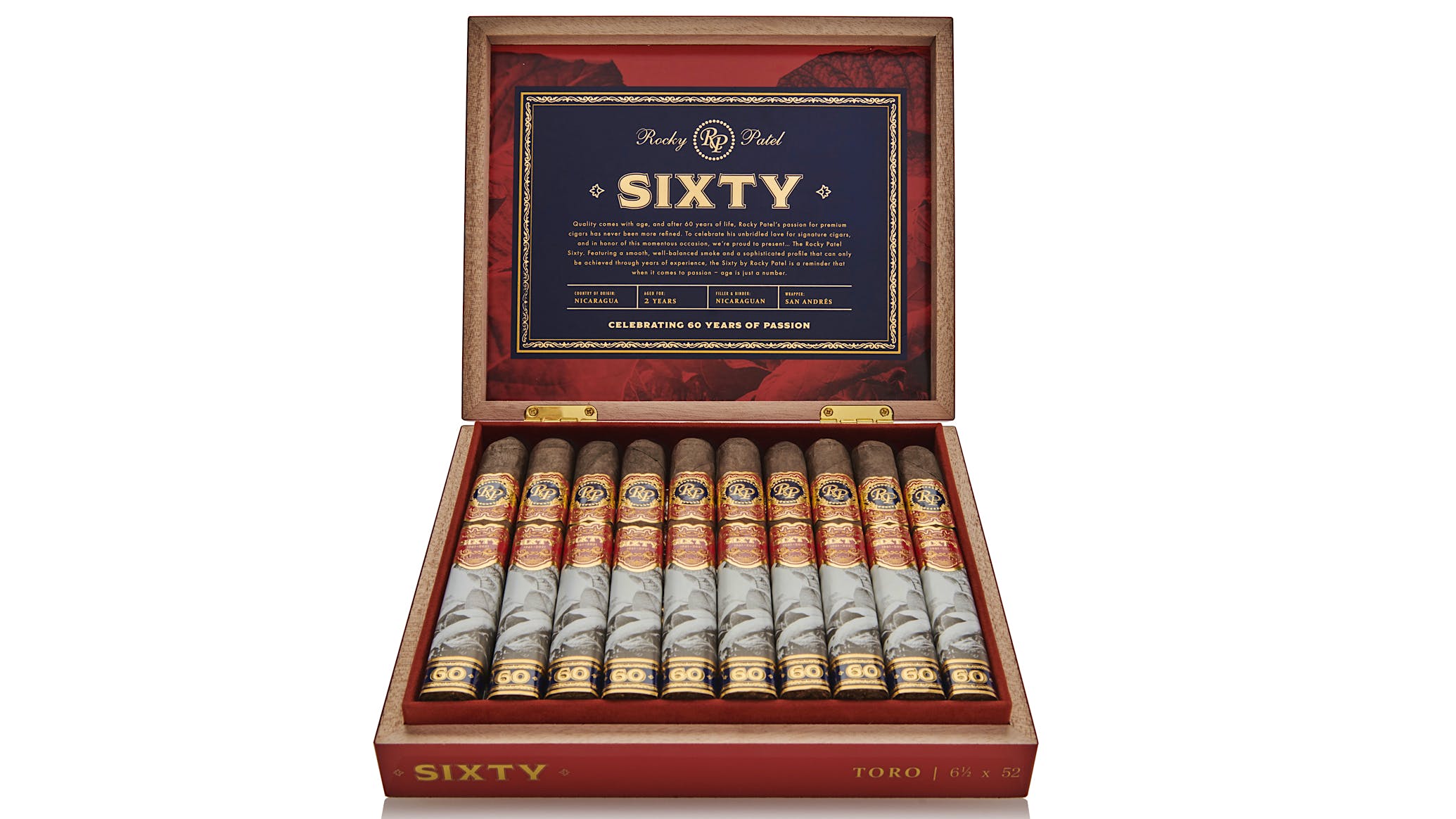 The cigars have three bands, one near the head, one in the middle and an extremely large foot band that shows a scene from a Nicaraguan tobacco field, in addition to the number 60 in large, gold type on a royal blue strip. They come in 20-count boxes and have suggested retail prices ranging from $14.65 to $16.75 per cigar (although pricing and packaging has yet to be determined for the Half Corona).

According to the company, these cigars were rolled two years ago and have been aging in Nicaragua at the TaviCusa facility.

This isn’t the first time that Patel has celebrated his birthday with a cigar brand. He not only released the Rocky Patel Fifty and Fifty-Five, but also put out the 1961 brand marking his date of birth as well as the Rocky Patel IIXXVI—that’s 2/26, his birthday, written in Roman numerals.