Xikar's new XO cutter generated a lot of excitement at this year's IPCPR trade show, not only for what it is, but also for what it isn't.

Ever since Xikar brought its original teardrop-shaped cutter to market in 1998, the ergonomic, butterfly-blade design has been the company's clear signature product, with several iterations and finishes having been added over the years. With the XO cutter, though, the Kansas-city based company opted to not trot out yet another teardrop cutter, but instead to go with a distinct round shape.

It's a bold design choice, and after effortlessly cutting dozens of cigars with the new XO, one that we at Cigar Aficionado are happy the company made.

The body of the XO cutter appears to be plastic, but it is in fact anodized aluminum. This makes the cutter light enough to easily carry in one's pants pocket without being cumbersome, and gives the XO a bit more durability.

The XO cutter's aperture is about an inch wide, or 64 ring gauge, making it large enough to snip the cap of cigars up to 70 ring gauge. The dual blades are released from the round body via a spring-loaded release button atop the cutter. When pressed, the blades shoot out the sides, and suddenly the round cutter's silhouette resembles a TIE Fighter craft from the Star Wars films. 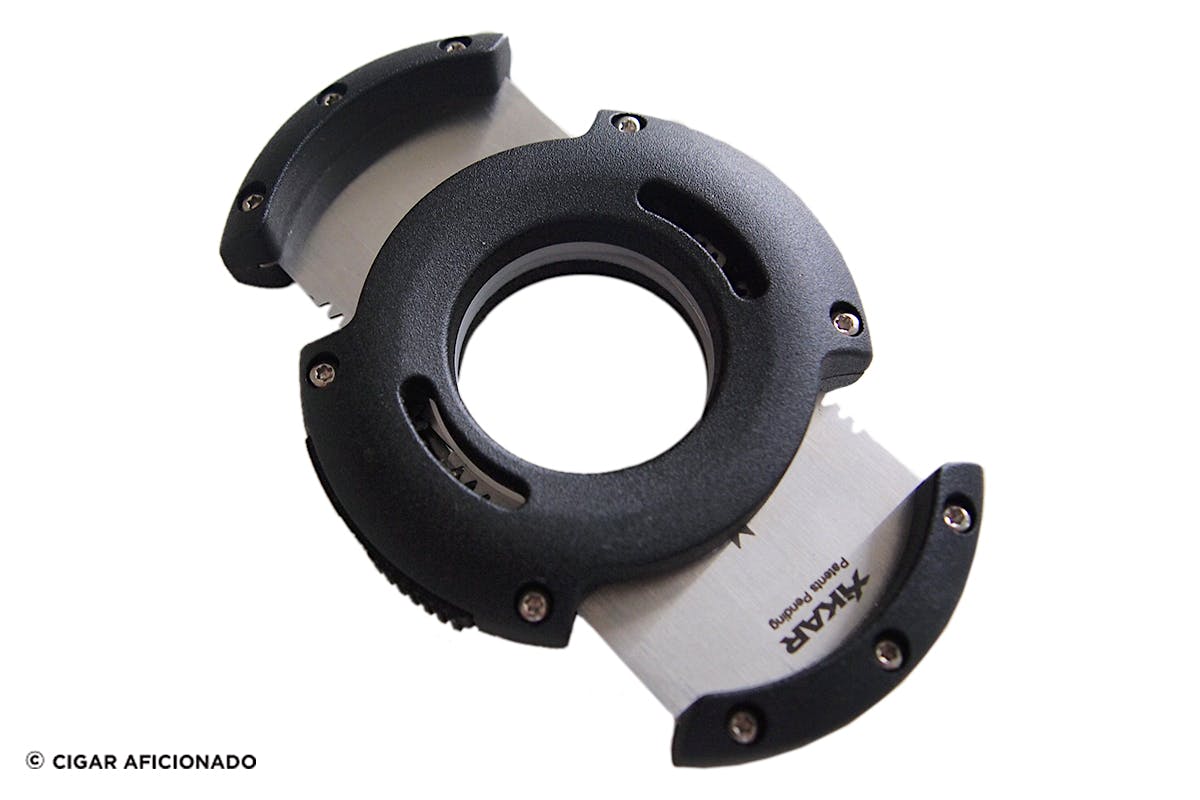 These blades operate in perfect harmony thanks to an internal epicyclic gear system housed inside the XO's body, whose mechanisms can be seen operating thanks to two slits in the cutter's body. (Just be sure no tobacco bits end up inside.) These planetary gears synchronize the blades, aiding users not only by allowing them to better line up the cut before the final snip, but also evenly distributing pressure to each blade.

Unlike other Xikar cutters, which use 440c stainless-steel blades, the XO cutter is built with 4034 stainless steel. According to Rob Lembke, vice president of engineering & process excellence at Xikar, this was yet another design decision.

"The XO cutter design requires the blades to be a thickness of steel that isn't as widely available as others," said Lembke. "Also, given the gear-driven design, other factors had to be considered besides those typically thought of in cutting-only applications."

According to Xikar, more than three years of research and development went into the XO cutter, and it shows. The sensation of cutting a cigar with the XO is tactile and incredibly satisfying. There is a little play to the blades when they are spread from the body, but this doesn't affect the smooth cutting action. 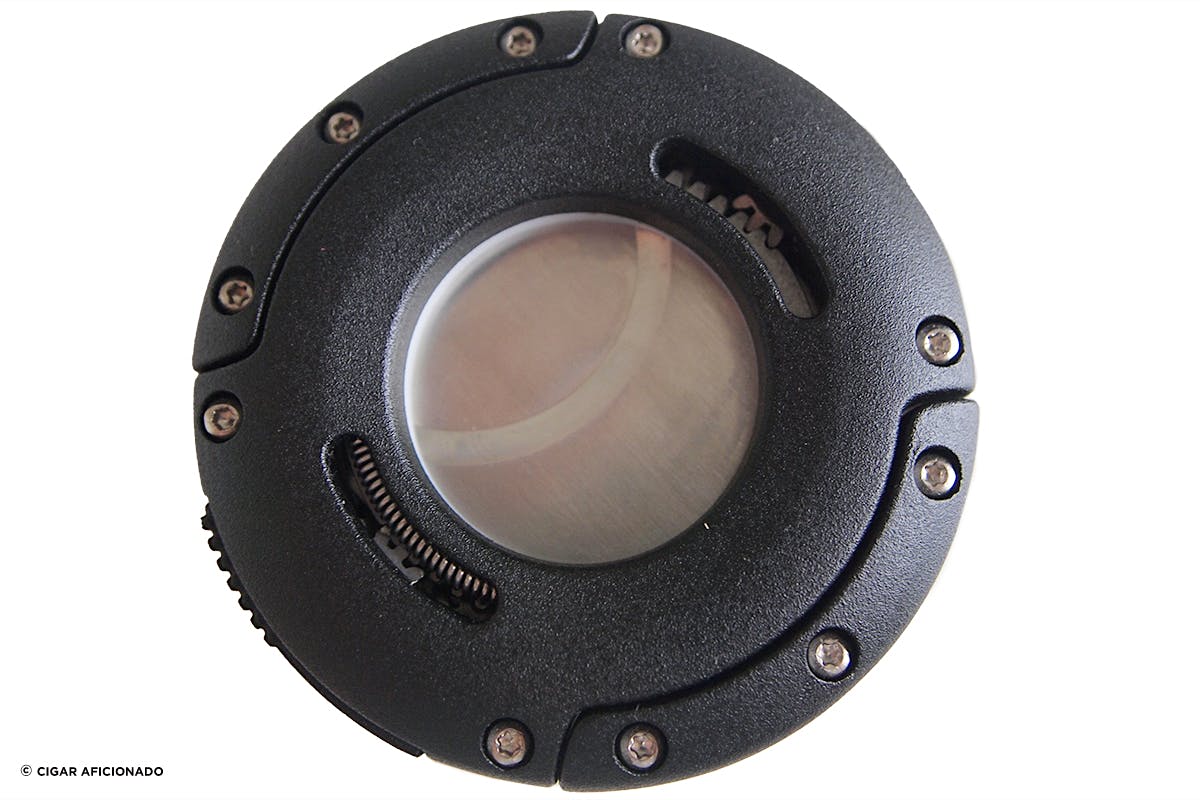 The price point may seem high ($100 for the black, bronze and gunmetal version; $120 for the blue with black blades finish), but remember the cutter is backed by the company's lifetime warranty.

Taking that into consideration, and it seems a fair price to pay for a cutter that delivers the precision of scissors in a compact, easy-to-use design.

The XO cutter will hit stores later this month, and you can visit xikar.com for more information.

Cutter
archived comments
"Bought this cutter and it's amazing. Quick,sharp cuts every time. " —June 14, 2017 22:14 PM
"I have SEVERAL Xikar teardrop cutters (5) , in varying finishes/materials and have been VERY VERY satisfied with the design, function, durability, and price point. Just when you think they got things "perfect" the newest version (TIE-fighter when open, circle when closed) comes out. I am excited to try and will likely buy. GREAT idea! BG " —October 3, 2016 22:41 PM