Share
The King Cigar Lounge has an impressive walk-in humidor and offers both public and private smoking areas.

There’s always been plenty of demand, but downtown Los Angeles has generally fallen short of providing cigar smokers a place to go after a Kings, Lakers or Clippers game. Now, the King Cigar Lounge, a mere two city blocks from the Staples Center, is showing the way. Opened in August 2019, the lounge on Hope Street is part of a steadily growing urban landscape, the kind of extended city center that L.A. has consistently been criticized for not having. New apartment buildings and small shops line the streets, all within a short walk or scooter ride from the new cigar lounge.

The King Cigar Lounge was created by Oscar Gutierrez, a former corporate executive, and Junchen (Brian) Chen, who owns three cigar lounges in China. The lounge is a hybrid public-private endeavor, with 100 memberships available. Already, the private side is attracting the city’s big-name athletes, actors, financiers and politicians.

Walk in off the street and the humidor is right in front of you. So are 15 comfortable chairs in the lounge’s public space. More chairs are on the patio. On the wall to the right is a piece of art that has tobacco leaves captured in a lacquer. It takes up most of the wall and tells you that King is serious about cigars. The wall at the end of the accessories display counter has business licenses, but also certificates that show the cigar credentials of the staff. There’s one TV behind the counter. 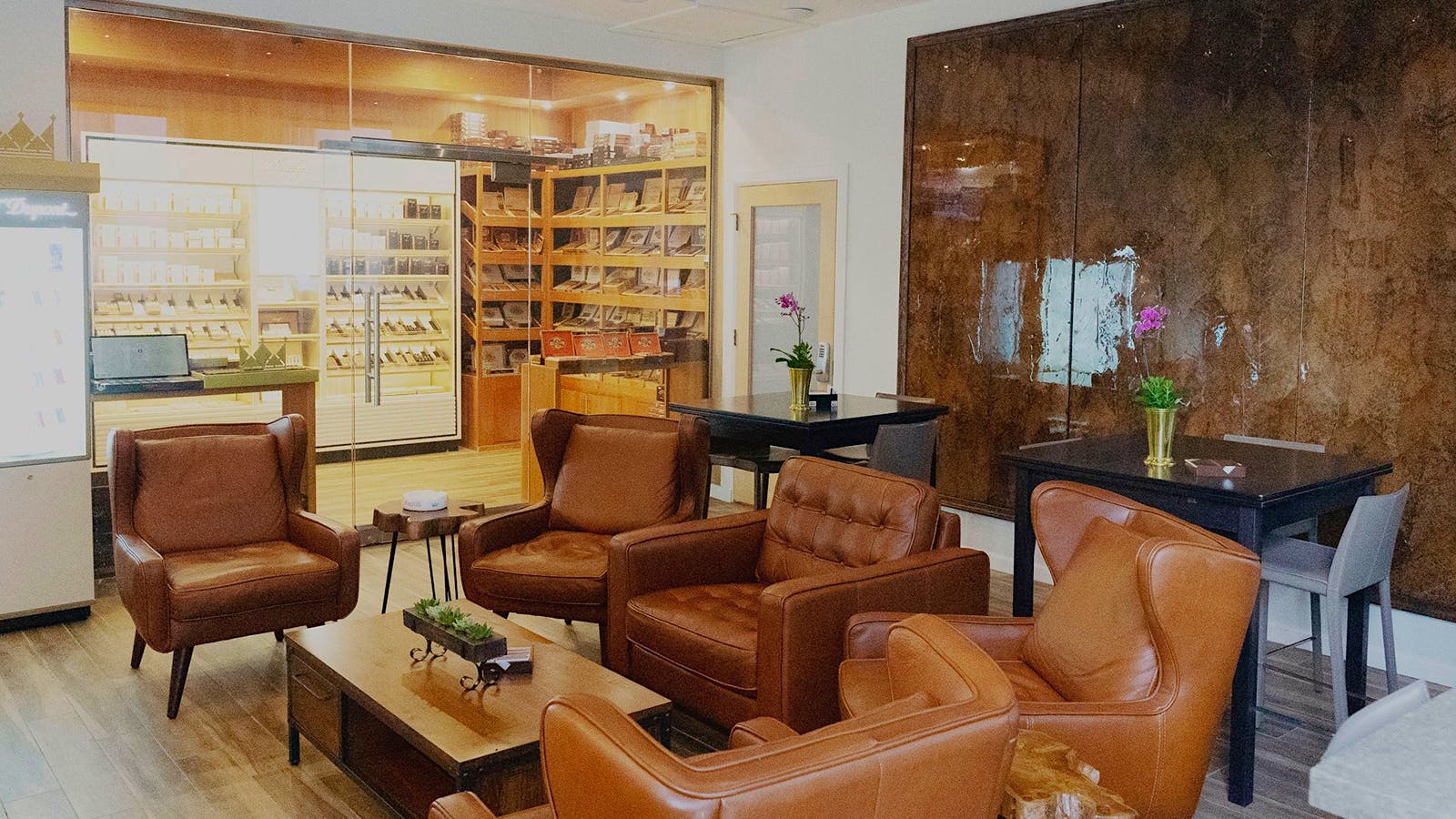 Walk in off the street and the humidor is right in front of you. So are 15 comfortable chairs in the lounge’s public space. More chairs are on the patio.

The private area has seven TVs and seating in red leather chairs and sofas for about 45. Fresh flowers are abundant, even in the lavatory. A conference room is being finished and will be available for rental. Members pay $2,500 a year, for which they also receive one of 100 lockers, 20 percent off of full box purchases and 10 percent off individual cigar buys, and some other gifts.

“We’ve got 53 members already,” Chen explained, as a city councilman walked in and said hello. “We wanted to make something different in California.”

To do that, King Cigar Lounge offers cigar sommelier services to its patrons, public or private. That means that when you select your cigar from King’s humidor, it will be cut and lit for you by an expert.

“This will make it less likely that the cigar will burn unevenly,” explained Manuel Estevez, one of the lounge’s managers and sommeliers. 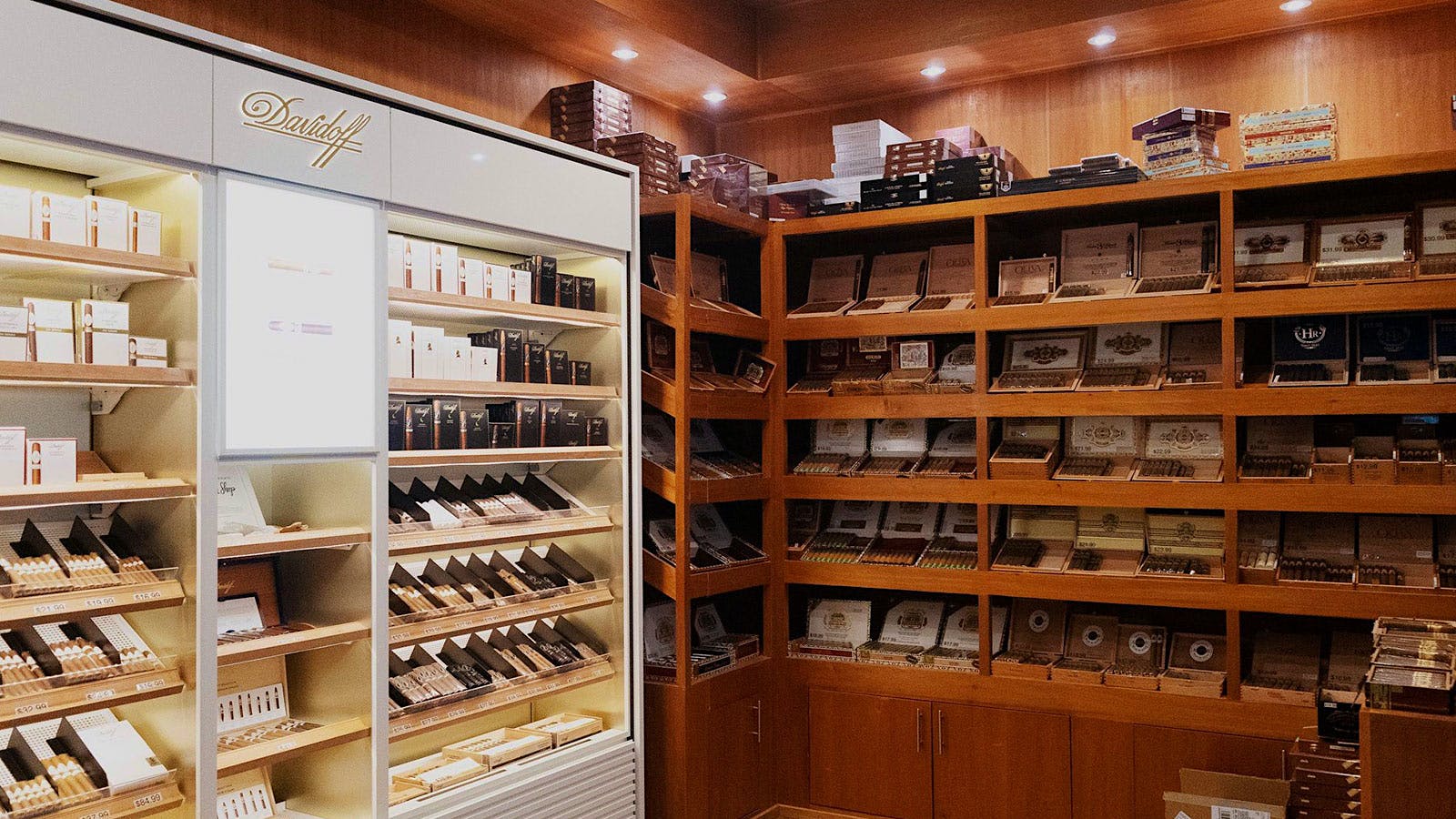 King Cigar Lounge charges a $25 cutting fee if you want to smoke your own cigar. Avoid that by visiting the humidor and choosing a smoke from about 25 brands that can only be called high end.

The shelves in the humidor are stacked with cigars from Ashton, including the ESG and VSG; Fuente and Casa Cuba, including the Eye of the Shark; Padrón (a humidor full of the 50th anniversary cigars is on display in the private lounge); Avo, Oliva, HR, Zino Platinum and Plasencia. It’s a fitting lineup that matches the vibe in the lounge. King Cigar Lounge is also an appointed Davidoff seller. 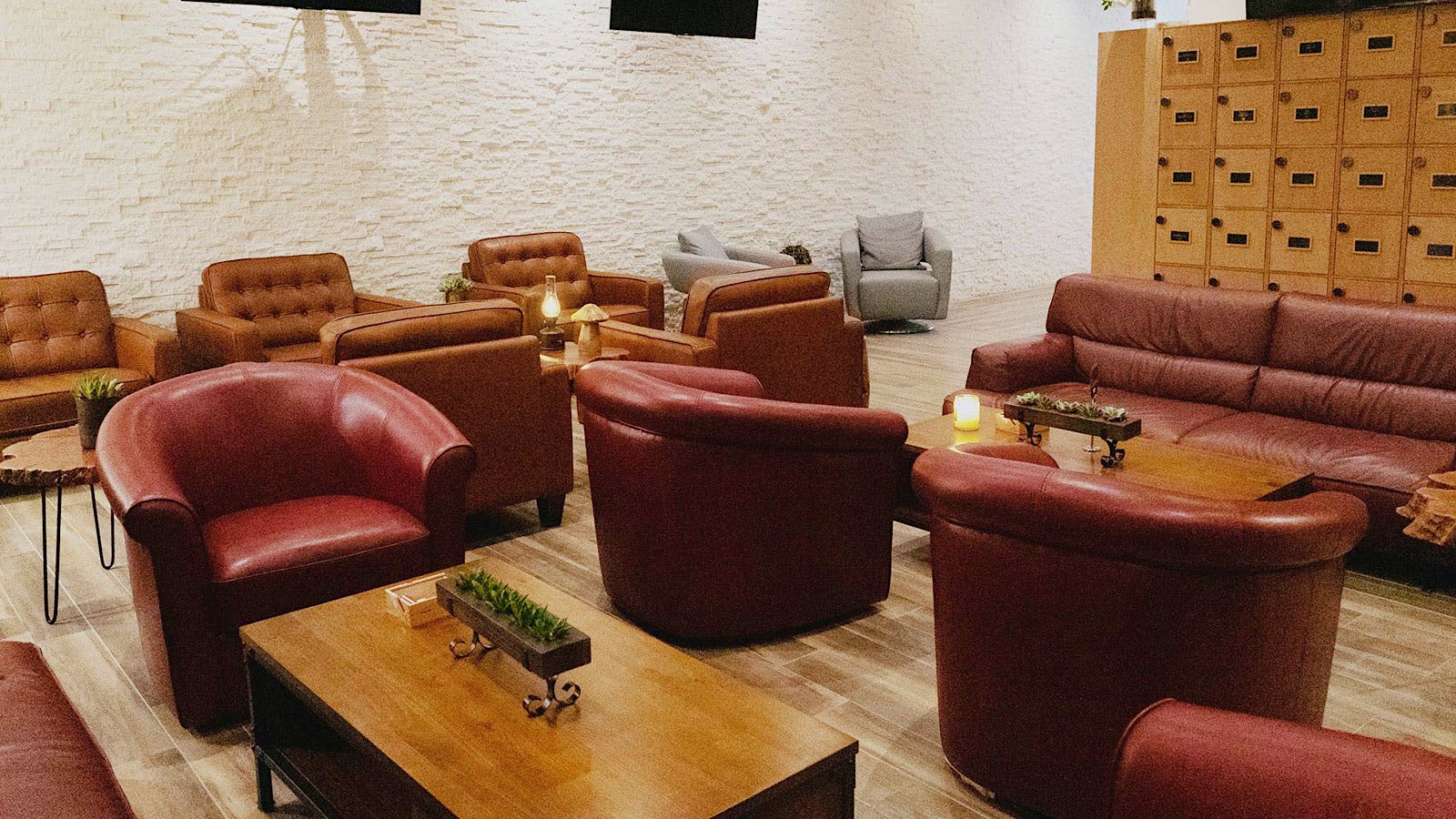 The private area has seven TVs, member lockers and seating in red leather chairs and sofas for about 45.

King Cigar Lounge does not allow cigarette or marijuana smoking. (Yep, you have to tell people that in L.A. these days.) The lounge does offer WiFi, soft drinks and Lavazza espresso. A liquor license is pending approval. The lounge is right behind The Palm restaurant and visitors can use the restaurant’s valet parking service for a small fee. There’s also a parking structure next to the lounge that charges $10 at night (more when there’s a game at the Staples Center). Parking on the street is tough to find.

Traffic in and out of downtown L.A. can be hellish. Even worse on game days. The fact that there’s now a new cigar oasis nearby makes it easier to enjoy waiting it out.