Screwpop, a company known for making keychain-style accessories such as mini-wrenches, utility knives and even a cigar punch that can open a beer bottle, has moved onto the next level to introduce the Magpulse Cigar Cutter, which has a unique characteristic—its use of neodymium rare-earth magnets.

Neodymium rare-earth magnets were developed in the early 1980s, and are among the strongest permanent magnets in the world. Commonly found in hard drives, the motors for cordless tools and jewelry clasps, these magnets are extremely strong and highly resistant to demagnetization, meaning that they have a very long shelf life.

A trip down memory lane to your fourth-grade science class might have you remember your teacher explaining how two magnets of the same pole will repel and push away one another. This is the same principle that gives the Magpulse its action: by releasing the trigger, two repelling magnets built into each side spring the blade open, leaving it ready to cut. 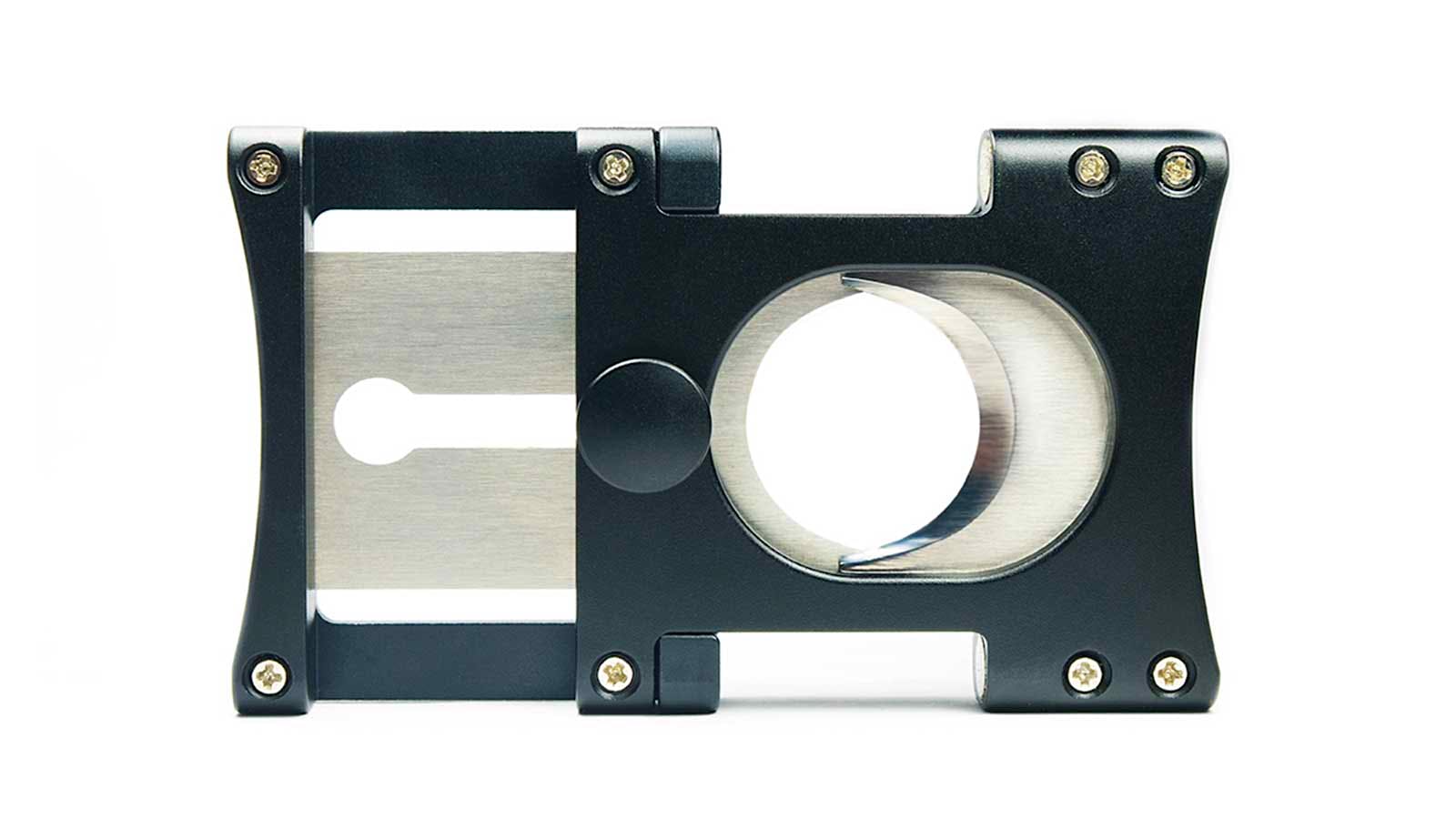 The sharp jaws of the Magpulse close with a satisfying snap, cleanly slicing through the leaves of your cigar with a pair of corrosion-resistant stainless steel blades.

The Magpulse is big, but light, thanks to its body of solid anodized aluminum, giving it a solid feel, despite its weighing only three ounces. There’s a bit of friction in the cutter when it closes, and sometimes when it opens, but the sharp jaws close with a satisfying snap, cleanly slicing through the leaves of your cigar with a pair of corrosion-resistant stainless steel blades. We used this cutter on a host of cigars of various shapes and sizes, and it has yet to disappoint, delivering a stellar cut, over and over. The Magpulse to cut cigars up to 60 ring gauge.

While the cutter doesn’t come with a warranty, and there's no practical way to sharpen the blades, Screwpop claims you can cut 11,000 to 15,000 cigars—a considerable number—without dulling the blades. The Magpulse (presently listed at $99.95) is available only in black, but for those who want a little more flair, the company plans on adding further color and style options in the near future.