Maniago, Italy, is known as the city of the knife for its long history of crafting top-tier blades of all sorts—including cigar cutters. Maniago’s Fox Knives recently released a new cigar cutter known as the Figaro, crafted entirely in their hometown in northeastern Italy.

The idea for the cutter started in June 2019 during the Blade Magazine Knife of the Year Awards in Atlanta. Marketing director Massimo Centazzo and creative designer Denis Simonutti were there from Fox, which won Knife of the Year. “We were sitting together celebrating the award and I told him to start to think about a new design for a cigar cutter,” said Centazzo, in an email correspondence. “I gave him some advice and inputs according to my experience on cigar cutters.”

Simonutti designed the Figaro, a small but strong cigar cutter made of sandblasted, 420 stainless steel. It measures a mere 3-inches long when closed and is about as thick as a nickel.

The cutter is minimalist and elegant; its biggest parts are the two holes for your middle finger and thumb. There’s a slim little notch to rest your index finger, and two exceptionally sharp blades, one fairly straight, the second curved.

The cutter works on just about every cigar. The fattest ones won’t have their entire head taken off, but plenty of the cap can be cut allowing a smoke. 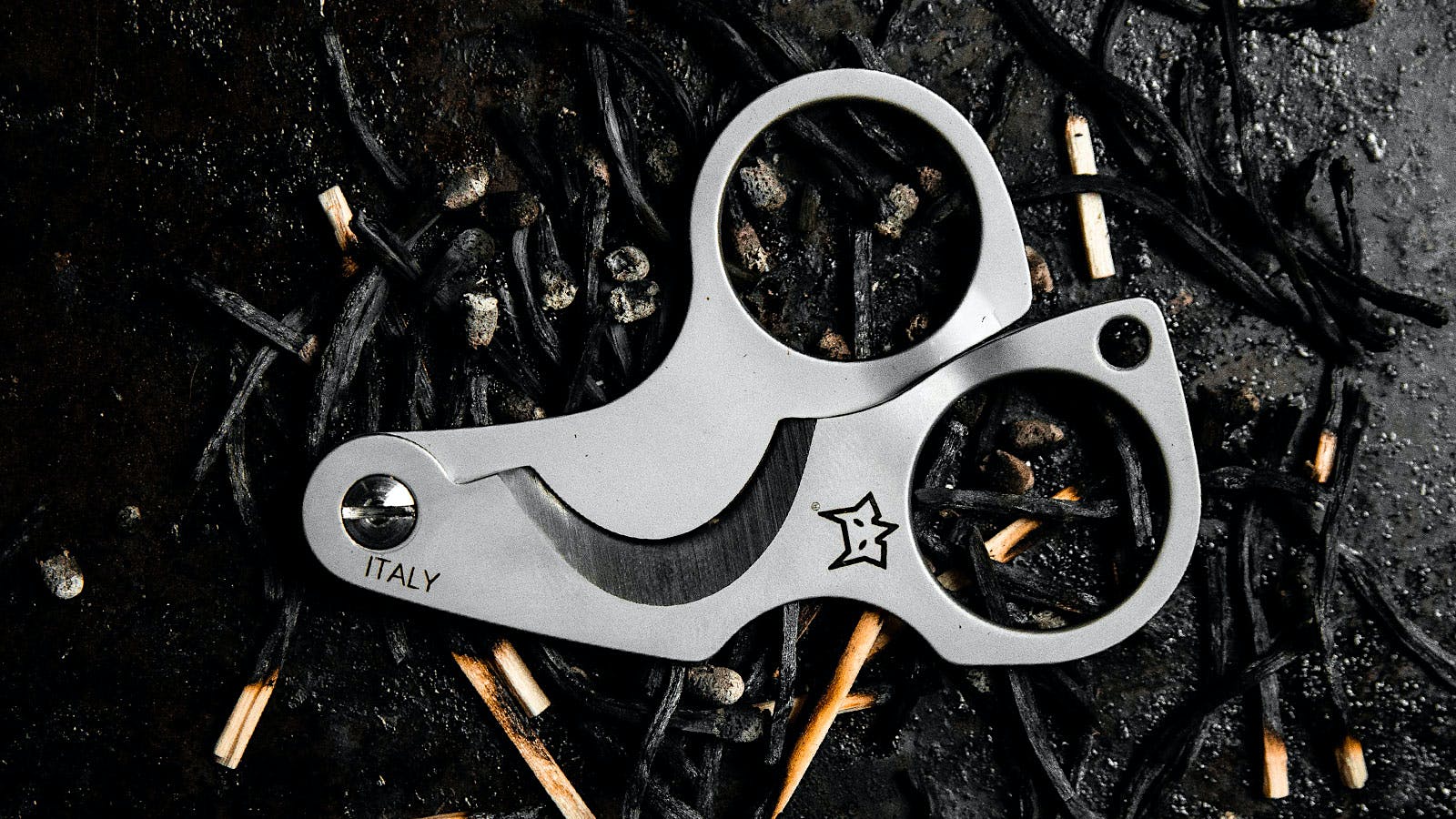 Fox has been making knives since 1977, and its products are lauded. The company is an official knife supplier to NATO, and unlike some knife makers, it understands that even the sharpest knife can’t cut a cigar as well as a double-bladed cutter.

The Figaro cutter is expertly designed, and quite adept at cutting your cigars perfectly. It retails for around $60 in the United States and 45 euros in Europe and is available online at websites where fine knives are sold.