The Chase Club inside Amalie Arena, home of the NHL’s Tampa Bay Lightning, features all the amenities one would expect from an exclusive area designed for business networking: comfortable seating, superior views, VIP parking and entry, as well as excellent food and drinks, including top-shelf wine, cocktails and beer. A ticket to the Chase Club, though, includes access to another luxury particularly appealing to cigar enthusiasts: a Diamond Crown Lounge.

The lounge is unique because it’s the only space in an NHL arena where you can smoke a cigar and watch all the hockey action at the same time. Other arena lounges, such as the Holt’s Cigar Bar inside Philadelphia’s Wells Fargo Center or the Drew Estate Lounge at BB&T Center (home of the Florida Panthers), allow patrons to light up, but guests must view the game on a television.

This special Diamond Crown Lounge opened in 2010, and is only available for use during Lightning games. Luckily, the team, which starts its Stanley Cup Playoffs run tonight, is tops in the Eastern Conference and could very well still be playing in June. Additionally, only those who possess a Chase Club level ticket, which usually cost at least $200 apiece, can access the lounge. On top of this, you still have to purchase a cigar, too.

On my recent visit, the steep price tag didn’t seem to be harming business at all, as the lounge was packed with cigar lovers wanting to smoke and watch the Lightning take on the Panthers, their cross-state rivals. The large crowd of people, many adorned in brilliantly blue Lightning jerseys, made finding the lounge a bit tricky, as it’s tucked behind one of the Chase Club’s many mixed drinks bars, high above ice level. 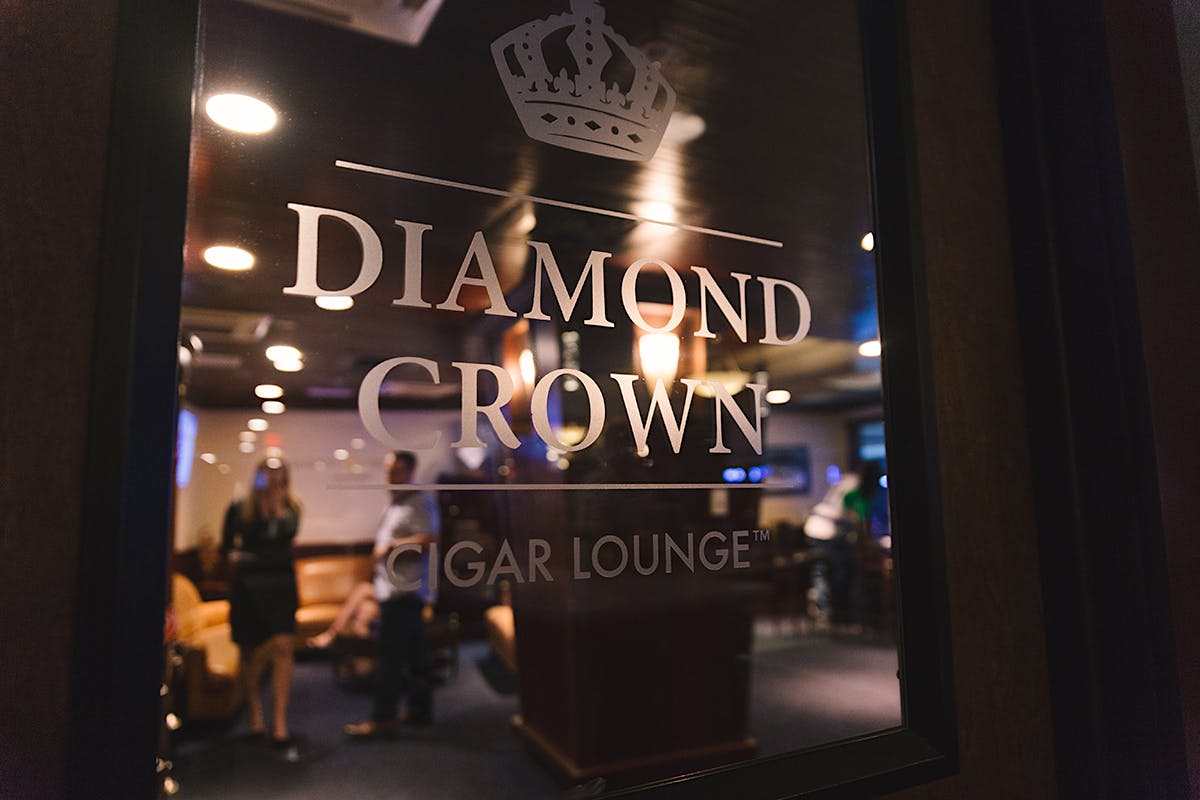 Those who possess a Chase Club level ticket at Amalie Arena are permitted to enter the Diamond Crown Lounge. These tickets usually cost at least $200 apiece.

On the walk to the lounge there are also numerous food stations, serving up everything from simple snacks such as nachos and guacamole to more extravagant dishes like roast beef sliced right in front of you. There’s even a raw seafood bar with servers shucking oysters and deveining shrimp. My personal favorite was the sliced, oven-roasted turkey sandwiches, topped with stuffing and cranberry sauce.

After getting myself a Bacardi rum and Coke, I stepped into the Diamond Crown Lounge. It’s modestly decorated, with blue carpeting, three plush leather sofas and a couple overstuffed leather chairs. A large column breaks up the space, while large windows with bartops and stools underneath allow a clear view of the ice sheet below. And in case you still can’t see the game, three televisions broadcast the live, in-house feed.

A lovely humidor with glass doors takes up the wall facing the entrance to the lounge. Inside is almost every premium cigar line (and nearly every size) that J.C. Newman owns: Diamond Crown, Julius Caeser, Maximus, Black Diamond and Brick House. A few lines from Arturo Fuente, including Magnum R, Añejo, Don Carlos, Casa Cuba and Hemingway, are also available. The prices were incredibly reasonable for a lounge, with only a slight markup from the manufacturer’s suggested retail price.

Next I found my actual seat, which was just outside, to watch the first period. At intermission I returned and asked one of the two servers on hand to grab me a Arturo Fuente Rosado Sungrown Magnum R Vitola Fifty-Six from the humidor. I paid $10.70 for the cigar, which normally carries a suggested price of $9.00. With a smile she offered to cut and light it for me, and while I declined it was nice to see that service offered, given that many who venture into the lounge may very well be first-time cigar smokers. 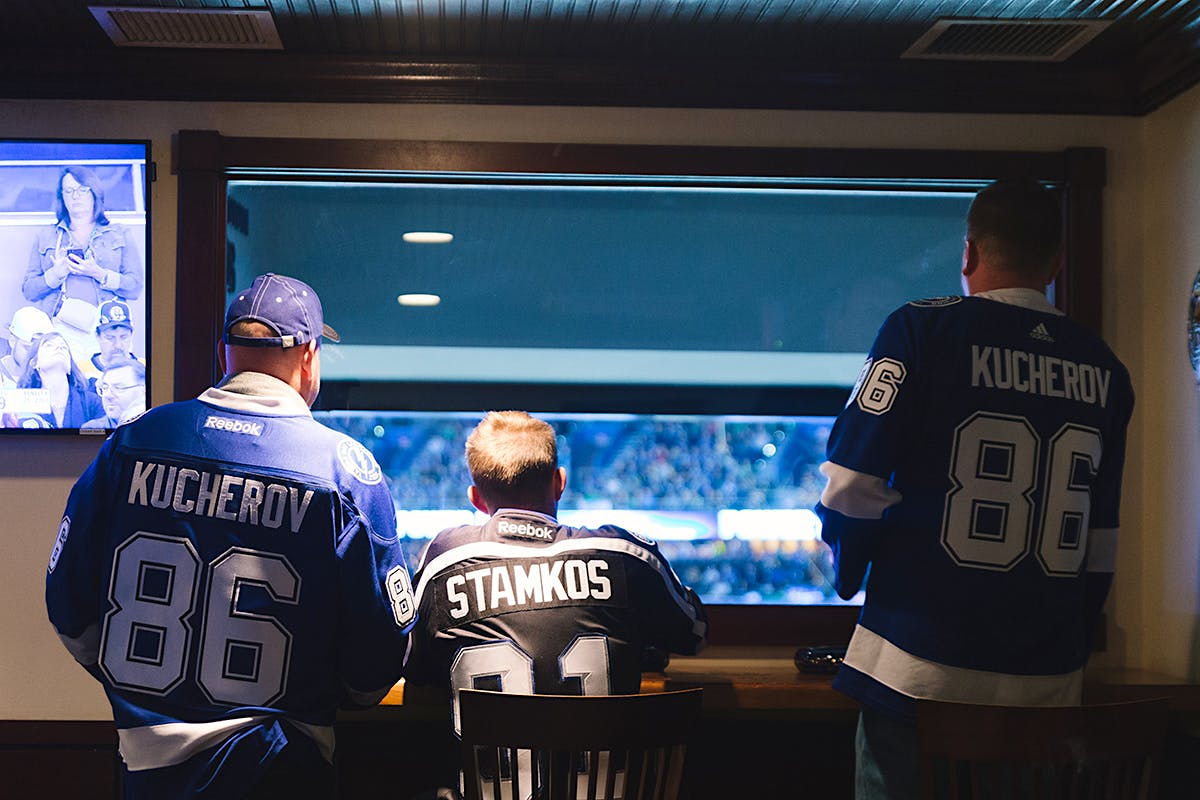 The viewing window allows the luxury of smoking a cigar and watching the game at the same time.

Sitting on one of the plush couches, I struck up a conversation with a gentleman who was enjoying a Julius Caeser Pyramid. Turns out he was exactly the type of person the Chase Club is designed to cater to: a client of a local business hoping to impress. So what did he think of his experience so far?

“Well to be honest,” he said, taking a puff. “It’s much better than I expected.”

And to his sentiment, I agreed. And then we ceased with the chit-chat, because after all, the second period was about to begin.