Casa de Montecristo by JR Cigar in Whippany, New Jersey serves up a feast for the senses. It’s evident straight away. Upon entering the front door, your eyes will try to take in the cavernous expanse of the building, with its main parlor and several anterooms for smoking.

First, there’s a broad lounge, dimly lit, with televisions tuned to football games. Cigar lovers lean back in their leather chairs, heads tilted upwards, seeming to savor the smoke before letting it go toward the ceiling. A constant din of chatter fills the room as waitresses scurry to and fro, laying down drinks and food. A singular scent fills the air—the combination of dozens of brands combined into one inimitable aroma.

Enter the humidor to the right and you will find aisle after aisle of your favorite brands, sold individually and in boxes. We’ve all been in humidors before. But not like this.

“They say it’s the largest in the world,” says manager Michael Curley. Indeed, the commodious room swallows up 5,400 square feet. Just how large is it? The term “cigar supermarket” would do it justice. “Other than Cuban cigars, there’s not a cigar you couldn’t find,” Curley says. “The number of different cigars is countless,” he adds. Well, actually they can be counted, since about 4,000 different cigars are available.

Today the parking lot is full. “The dynamics of this change,” Curley explains. “In the winter the lounges are full, because people can’t smoke in their houses and they don’t want to smoke outside because it’s too cold; so they come in and watch the games, pick up a couple of cigars, and have a couple of drinks. It’s just a real relaxed atmosphere. You don’t have to be a member to come in.”

Asked about his best-selling brands presently, Curley points to a center display of the Montecristo Nicaragua Series Robusto, one of 12 Montecristo blends, which earned a 93-point rating and the No. 10 spot on Cigar Aficionado's Top 25 cigars of 2018 list. 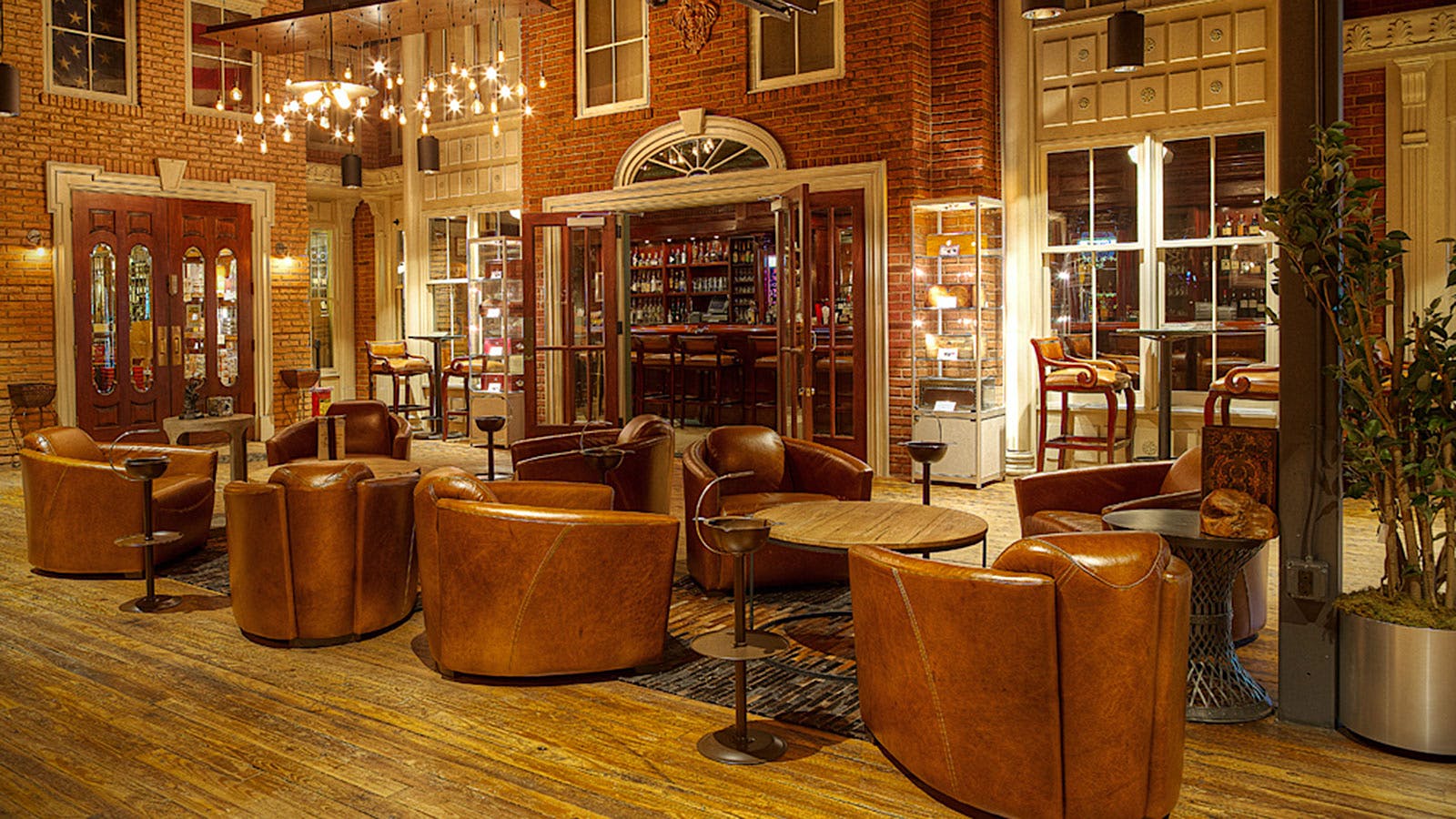 The humidor is abuzz today with the chatter of smokers. Others pause before purchasing, not wanting to abandon the piquant smell of tobacco too quickly. An event put on by accessories maker Xikar draws attention at the end of an aisle. Near the lobby is the store’s display of humidors.

The capacious building has been at the Whippany location for 20 years, and Casa de Montecristo took over about two years ago. “Actually, it’s been the same company, but we’ve just transitioned with the name,” Curley explains. “They wanted to make the name uniform. Three years ago we had seven stores. Now we have 27 [others across the United States].”

Curley says his best-seller is his J & R Alternative, a mild Dominican smoke similar in strength to a Montecristo White. The other best sellers are Perdomos, Padróns, Romeo y Julietas, and Davidoffs.

“We’re a Davidoff dealer,” he adds. “Right now, it’s the best time in the world to be a cigar smoker.” But why? “There’s better tobacco; the people are better educated,” Curley says. “A lot of the kids now who are coming up through the family-owned businesses went to college, unlike their fathers. They are agronomists; they are super smart kids. So now you throw the technology in there; they’re using to technology to find the blends. It’s just an amazing process.”

Contiguous with the humidor is a corridor with wines and spirits aplenty, leading to the dining room, packed with cigar enthusiasts on this day. Men, and an occasional woman, sit in friendly groups, seemingly without boundaries, smoking, and waiting for salads or sandwiches, such as the Cuban sandwich, or a cheese steak, or pastrami. While the service was not swift, the food offerings were tasty, and abundant, and with every entrée the waitress brings you a free cigar, which changes every week. The smoke aeration system is effective: no cloud of smoke hovers above the room and diners are not overwhelmed by the aroma.

Aside from various levels of memberships offered by Casa de Montecristo, this location features frequent events. Oliva was on hand earlier in the month to chat with customers about their brand and an event featured PDR Cigars. To cap off the month, Romeo y Julieta representatives will be on hand for a January 31 event.

So if you wish to purchase fine cigars and accessories—and include eating, drinking, and smoking in the course of the day—then Casa de Montecristo is the place for you.