The Ramon Allones 40 Carat has gone on sale in The Netherlands. Made exclusively for this Dutch market, this Cuban cigar is part of the Regional Edition program, and like so many cigars from Cuba, it’s running late. The 40 Carat was slated for a 2020 release, but these large cigars only started appearing in retail shops earlier this month.

At 7 1/4 inches long by 50 ring gauge, the 40 Carats are made with a 109-style head, also referred to as a “drop head” or campana head. The 109s look more like long, blunted belicosos and are not as pointy as traditional pirámides. Called 109 in Cuban cigar factories, the style is not used for any regular-production smokes and found only on special releases. Other Regional Edition cigars in the 109 format have included the Diplomaticos Bushido, Punch Clásico and Edmundo Dantes El Conde 109. 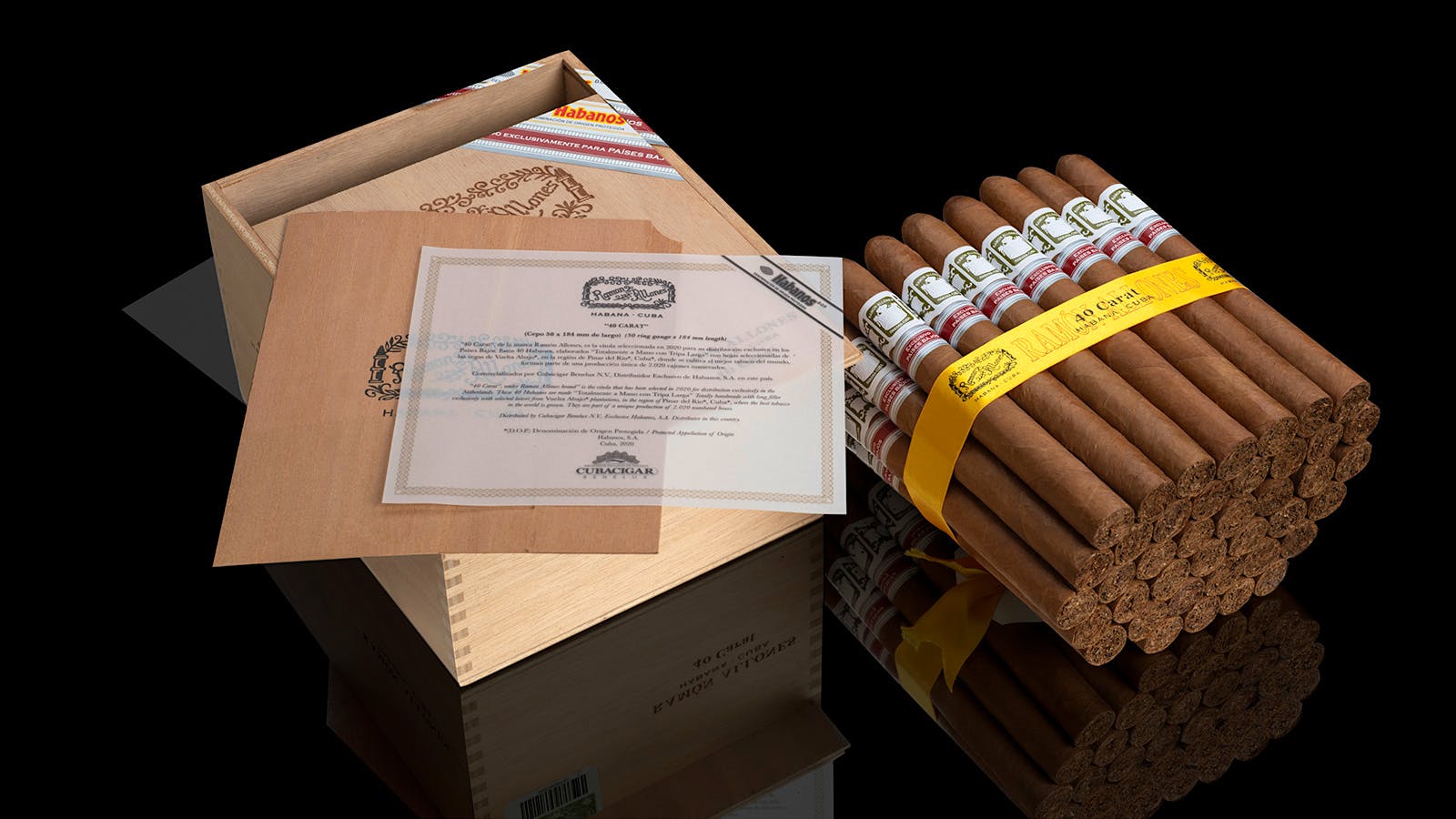