Cigars and celebration go hand in hand. So it’s no surprise that football legend Ray Lewis had cigars on his mind soon after being named to the NFL Hall of Fame this weekend.

“I’ve been going a long time. And now I can finally rest,” Lewis said, according to press reports. “I want to go fishing with a cigar now and just sit back. I don’t want to work out every day now.”

Lewis was elected in his first year of eligibility. He was named to the hall on Saturday, February 3, and his official induction ceremony will take place on August 4, in Canton, Ohio. He is widely regarded as one of the greatest linebackers of all time, playing 17 seasons for the Baltimore Ravens and winning two Super Bowls. He was named MVP of Super Bowl XXXV in 2001, when his Ravens soundly defeated the New York Giants 34-7. 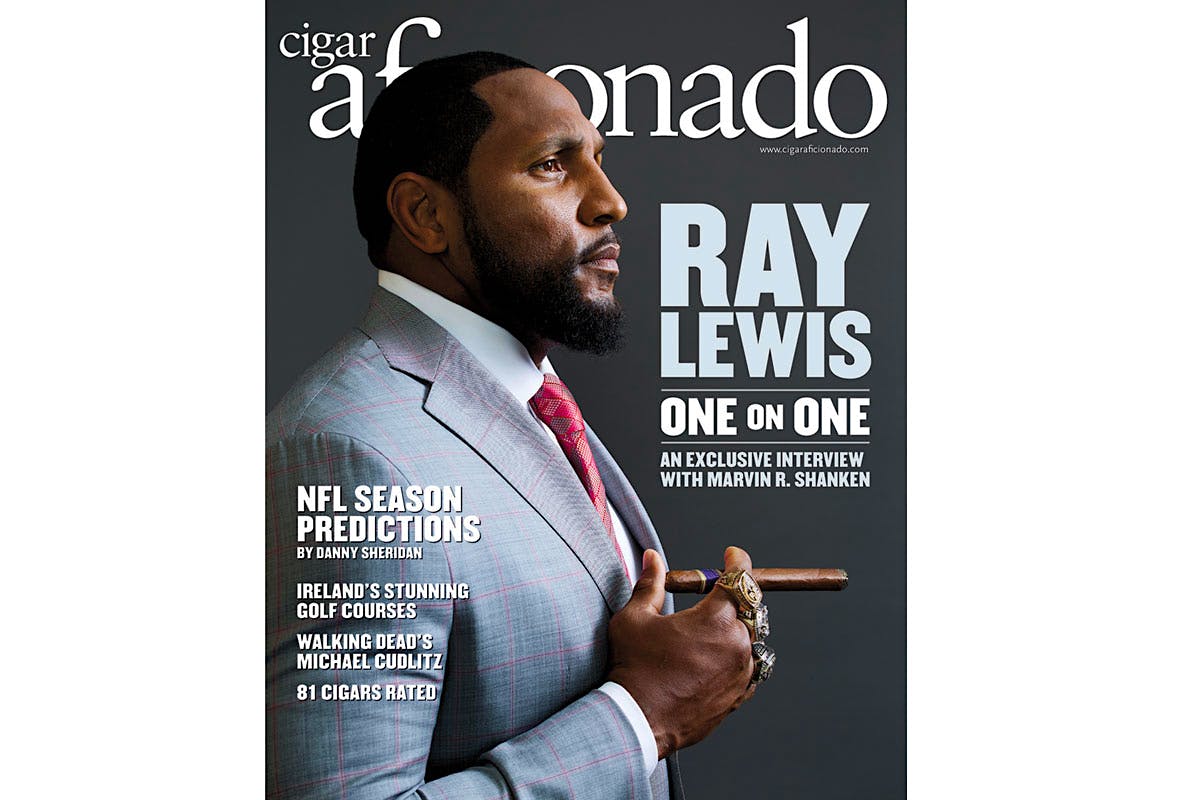 Ray Lewis on the cover of Cigar Aficionado's October 2016 issue.

In 2016 he sat down with Cigar Aficionado editor and publisher Marvin R. Shanken for a wide-ranging interview over fine cigars. The interview was the cover story for the October 2016 issue.

“I never shied away from telling people what I was coming into this business to do,” Lewis told Shanken in that interview. “And that was to be the greatest to ever put on a pair of cleats, regardless of position.”

To view exclusive videos of the interview, click here.