If you missed the initial winter release of Arturo Fuente’s Opus22 and OpusX Story travel humidor, the remaining batches of both 2020 special-edition sets are going out to retailers on May 17.

Although regular-production Fuente Fuente OpusX cigars are quite rare, the Opus22 sampler contains 22 OpusX sizes that are even more esoteric, and not part of the core line. Every year, the Opus22 cigar selection changes, making this package quite popular with collectors. 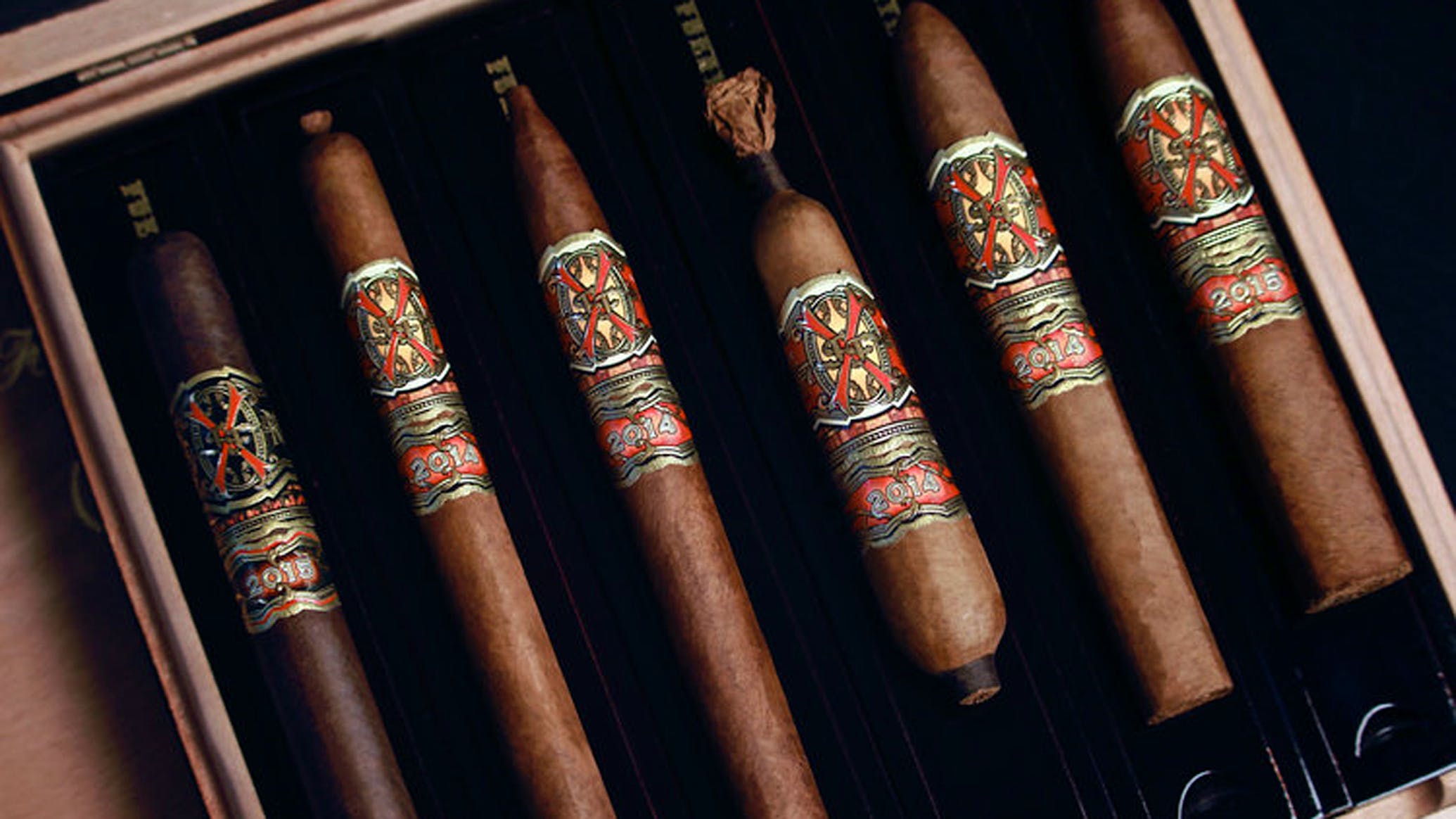 For the 2020 edition of Opus22, each mastercase holds four individual boxes, and includes unusual sizes such as the ForbiddenX 13 Belicoso, OpusX Lancero, BBMF in both natural and maduro, and Tauros the Bull. The entire set of 22 smokes retails for $995, which works out to about $45 per cigar. Only 150 boxes are shipping for the Spring release.

The net profit from the sales of the Opus22 goes to Fuente’s Cigar Family Charitable Foundation, an organization dedicated to helping the impoverished children of the Dominican Republic. 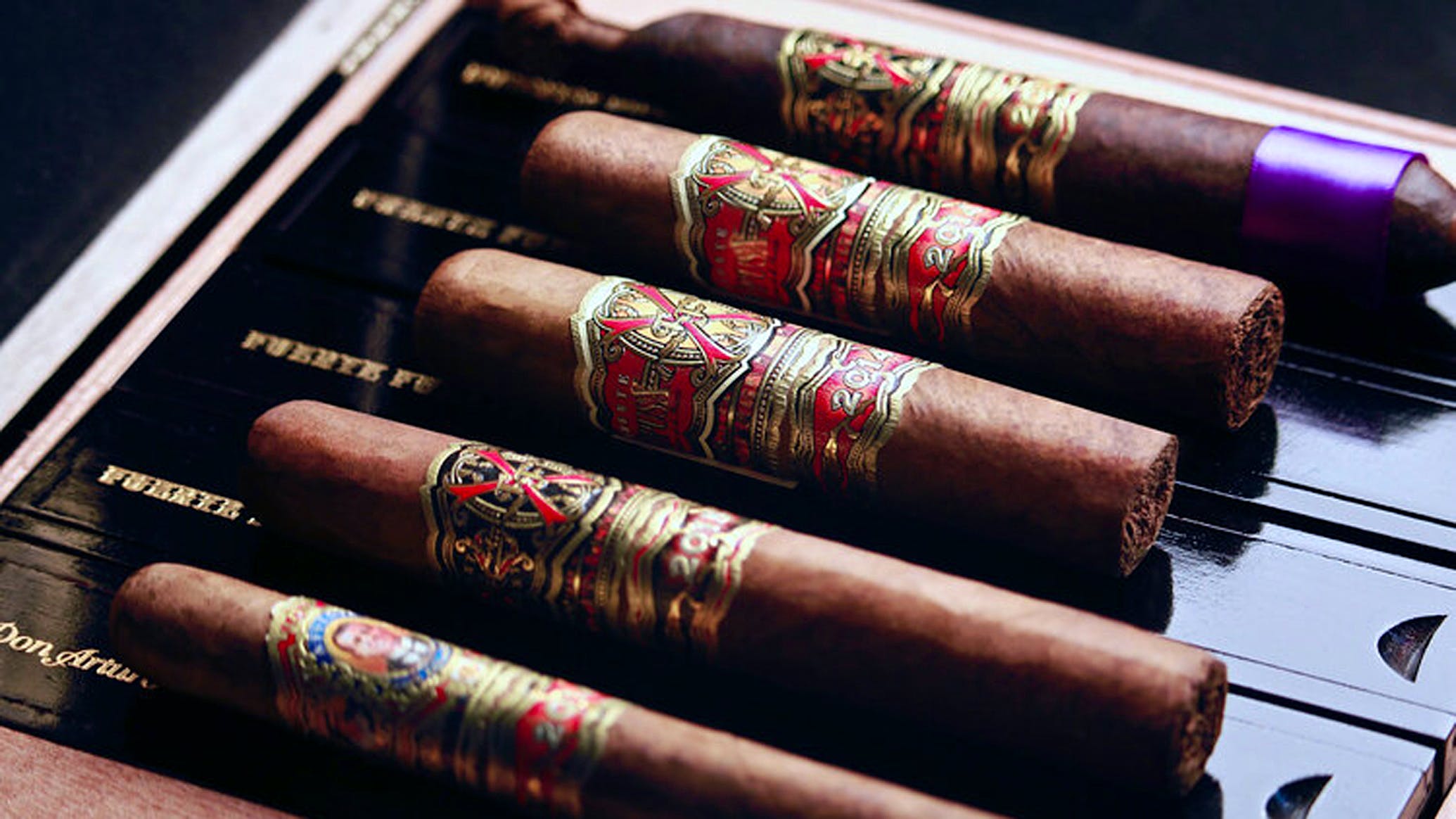 Also shipping mid-May is the OpusX Story, a Prometheus travel humidor that contains four Fuente Fuente ForbiddenX cigars: One Robusto, one Double Robusto and two Toros. Available in five different colors, the OpusX Story travel humidor retails for $179.95. Only 500 boxes are going out for the Spring release. 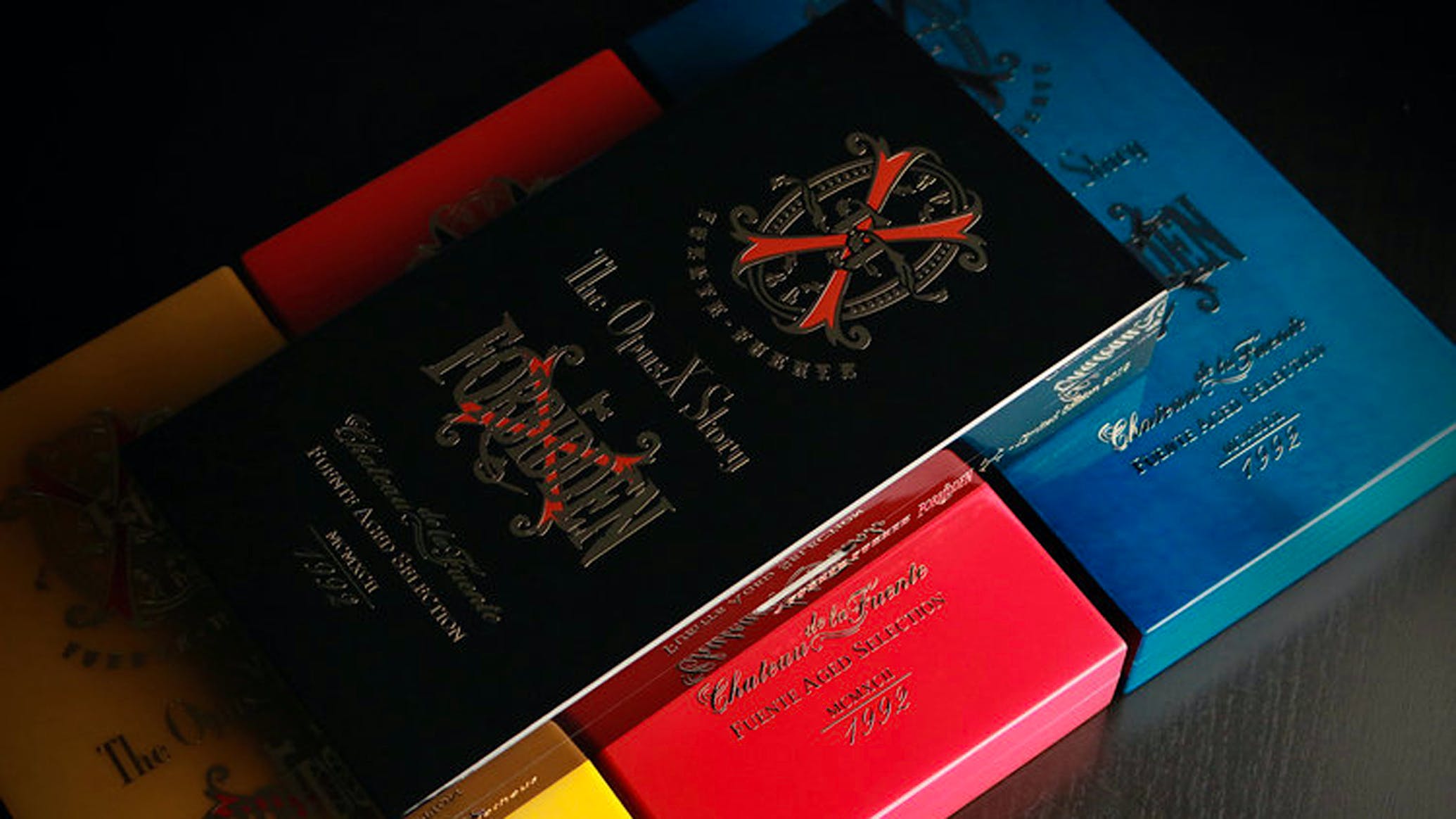 Fuente Fuente OpusX cigars are made solely with tobacco grown at Chateau de la Fuente in the Bonao region of the Dominican Republic.

All the cigars in these releases are aged and wear a secondary band denoting the year they were rolled. Both releases fall under the Fuente Aged Selection umbrella, which are made in the Dominican Republic at Tabacalera A. Fuente y Cia. and distributed by Prometheus International.