Nick Melillo, 39, has spent most of his professional life in the tobacco business. Fresh out of high school, he went straight to tobacco retail, and a few years later found himself in charge of tobacco at Drew Estate. But in order to fulfill his lifelong dream of owning a brand, Melillo knew he'd have to venture out on his own. In 2015, he did just that and started the Foundation Cigar Co., which is headquartered in his home state of Connecticut. His experience served him well. The next year, one of Melillo's cigars made Cigar Aficionado's list of Top 25 cigars for 2016. Melillo recently spoke about his career in the cigar industry with senior editor Greg Mottola.

Mottola: When did you enter the cigar business?
Melillo: August of 1996 at the age of 18. I had just graduated high school that June. The last week of August I started running the humidor at the Calabash Shoppe in Connecticut. That same week I entered my freshman year at Quinnipiac University for International Business.

Q: What first drew you to cigars?
A: I was always surrounded by the aroma of Connecticut broadleaf. One of my grandfathers worked at the Winchester factory in New Haven after World War II. I started to learn about the indigenous use of tobacco and the important role that cigars had in the formation of the U.S.A. But it wasn’t until I enjoyed my first cigar with my grandfather and brother that I really fell in love with the ceremony of cigar smoking.

Q: When did you join on with Drew Estate?
A: March of 2003. I had met [Drew Estate founder] Jonathan Drew circa 1998 at the Calabash Shoppe after doing an event one Saturday. Jonathan and I became friends immediately and exchanged contact information. We kept in touch from 1998 to 2002 via email and phone. 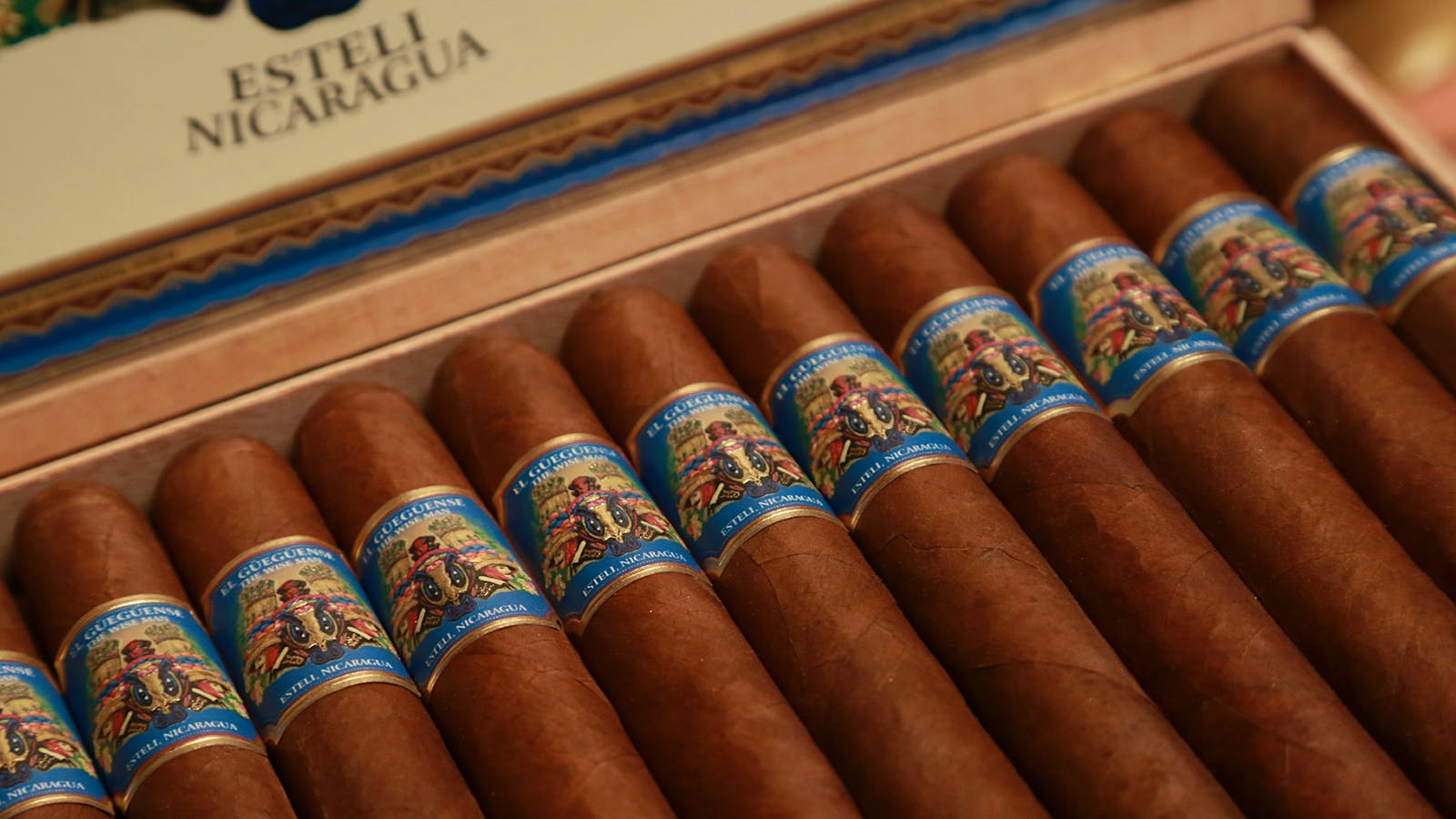 Q: You went straight from retail to Drew Estate?
A: I graduated university in May of 2000 and ended up moving to Italy working for the Vatican that year. I backpacked around Europe and moved back to Connecticut to work on my master’s degree in 2001. After a year working on my master’s I received a job offer in Italy for a Renaissance art history tour for high school students. I accepted the job for the summer and then decided that I didn’t want to finish my master’s, so I purchased an around-the-world ticket and navigated the globe. I went from Rome to Paris, to India, Thailand, Laos, Vietnam, China and Japan.

Q: When did Jonathan Drew offer you a job?
A: In Japan I received a one sentence email from Jon: “Call me, we obviously have some serious shit to talk about.” I made the call and Jonathan made it clear that he wanted me to be his right hand man and live in Estelí.

Q: What were your primary responsibilities?
A: I began learning what the factory, warehouse and packaging [department] were doing. I then started to reorganize the systems and planning and at the same time learned production and fermentation of tobacco. As the company began to grow my main focus was blending, purchasing tobacco, overseeing fermentation and the planning of production and shipments. My first title was director of tobaccos and production, and then later, vice president of international operations.

Q: When did you leave Drew Estate?
A: I left in 2014. I knew if I didn’t start my own company I may not be able to ever create my own brands.

Q: What was the first brand you released on your own?
A: El Güegüense, a word meaning “The Wise Man.” El Güegüense represents the heart and soul of Nicaragua. I felt an obligation to Nicaragua to represent this treasure and share it with the cigar world.

Q: How did you choose the factory for El Güegüense?
A: The biggest challenge with creating an all-Nicaraguan blend is the wrapper. Due to the soil and sun exposure it is difficult to grow a thin, silky, uniform wrapper in Nicaragua. I had met Eduardo Fernández from Aganorsa back in 2003 and had purchased a lot of tobacco from them over the years. I was very familiar with their filler tobaccos and I knew they grew some of the best Corojo wrappers in Jalapa, Nicaragua. In order to do it properly and get a yield of wrapper it is very labor intensive. I was very familiar with Illusione cigars—many of which are made at Aganorsa’s TABSA factory in Estelí. Eduardo and his team welcomed me to the TABSA factory with open arms and after working with Arsenio Ramos at the factory I knew I was in the right place. 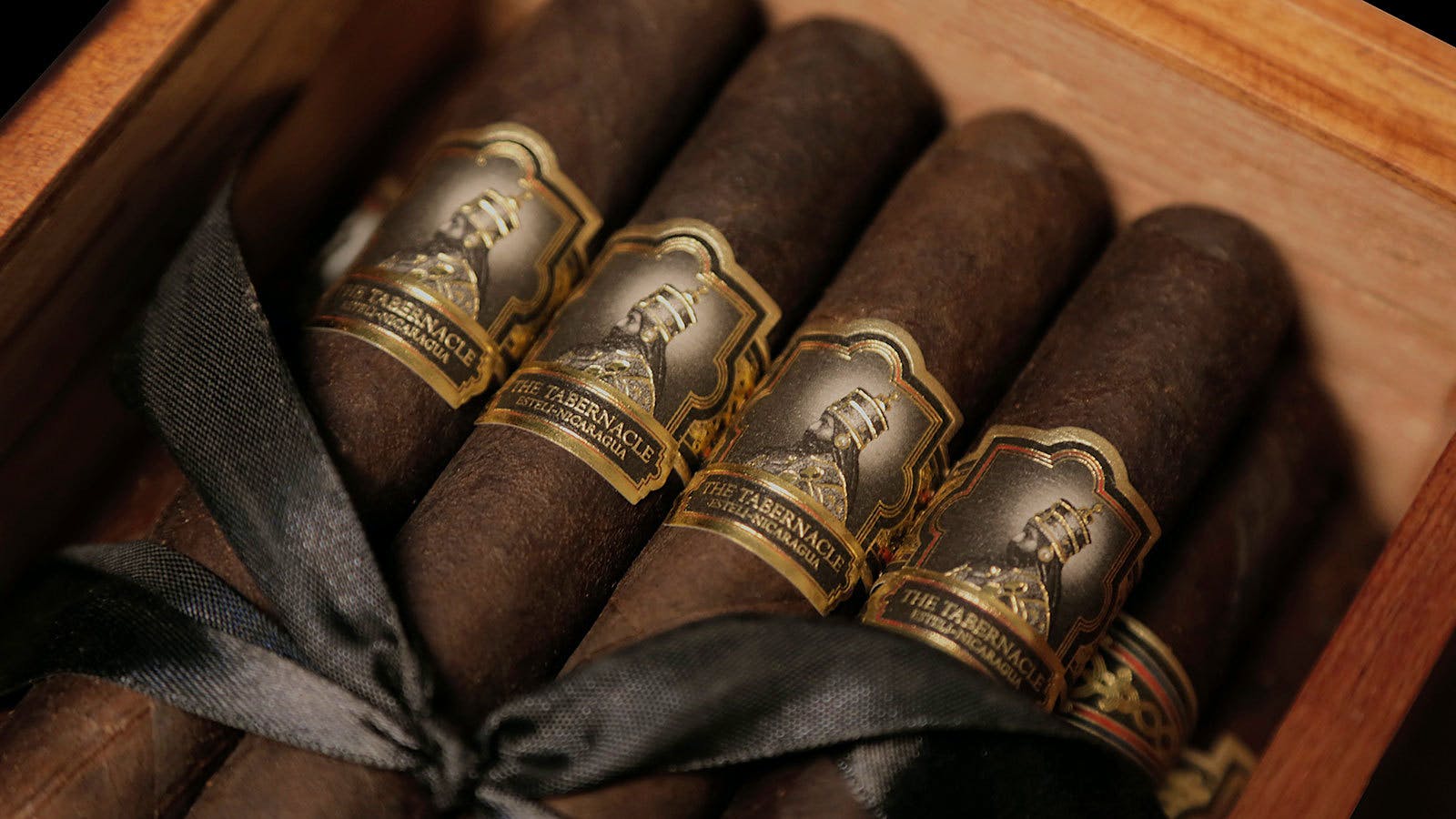 Q: What are all your brands?
A: El Güegüense, The Wise Man Maduro, The Tabernacle, The Upsetters, Charter Oak and Highclere Castle.

Q: None of your brands came out before the FDA’s predicate date. Will this be a problem?
A: All Foundation brands have entered the market before August 8, 2016, which means they will be passed via substantial equivalency. The biggest issue with the FDA is the lack of clarity as to the final rules and dates. I think it’s the objective of the FDA to make things uncertain so new people do not enter the market. The FDA’s whole argument is that they have seen an increased consumption of cigar smoking among youth and there is a public health threat. The FDA is really talking about machine-made products that are sold in convenience stores and gas stations.  Everyone knows this and I think through the efforts of the Cigar Rights of America, more politicians and state representatives understand the difference than ever before. Children are not purchasing handmade cigars. This can be proven with studies and via the FDA’s own statistics.

Q: Do you consider yourself a boutique manufacturer?
A: The word boutique is thrown around a lot in our industry, but in reality, the whole handmade industry is boutique. We don’t use high-volume machines for products. We are a handmade, artisan product that has existed for hundreds of years. Regulation of the handmade cigar industry would do nothing but destroy small business in the United States and potentially entire economies in Central America and the Caribbean.

This article first appeared in the February 20, 2018 issue of Cigar Insider.