ProCigar, the organization dedicated to maintaining the quality standards and international reputation of Dominican cigars, turned 30 this year, and it celebrated the milestone last week with a luncheon held in Santiago, where most of the country’s premium cigar industry resides. In attendance was Dominican president Luis Rodolfo Abinader Corona, who officially declared tobacco as being part of the nation’s cultural heritage.

“We are present in more than 140 countries around the world with a product that clearly carries the ‘Made in the Dominican Republic’ message,” said ProCigar president Hendrik Kelner. 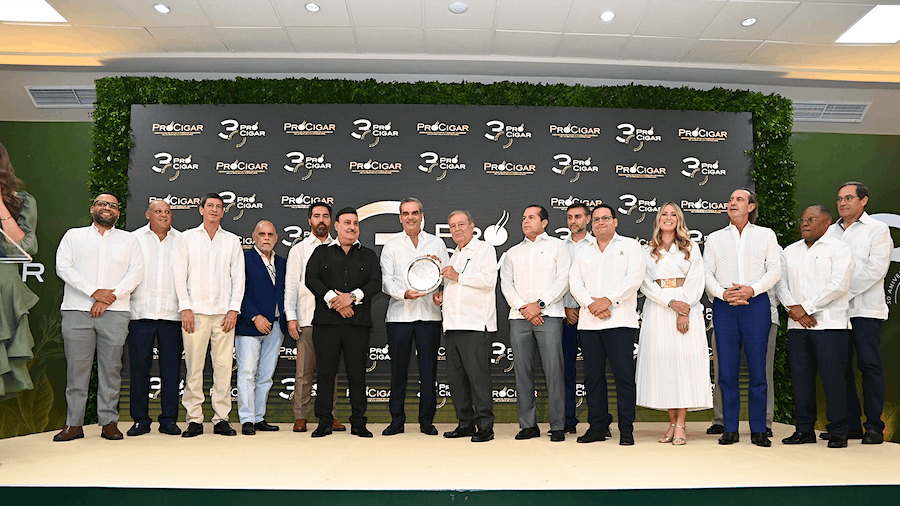 Members of ProCigar collective join the Dominican Republic's leader, President Abinader, along with Hendrik Kelner, who serves as president of the organization.

Marvin R. Shanken, editor and publisher of Cigar Aficionado magazine, was also recognized at the event for raising awareness of Dominican cigars and tobacco via his publication, which has been in print for 30 years. Shanken appeared at the luncheon via video where he spoke about the power and history of the Dominican cigar industry. “I want to congratulate you on all the wonderful, high-quality cigars you’ve produced and wish all of you great success in the future,” he said.

ProCigar will hold its annual festival in February, where cigar fans from all over the world come to the Dominican Republic for an immersive experience of tobacco field trips, factory tours and evening galas.