If your go-to cigars seem more expensive than usual, it’s not your imagination. Inflation has caused the price of everything from beef to gasoline to go up precipitously, and premium cigars are no exception. Many companies in the cigar industry have either raised prices or are about to. Cigar Aficionado spoke to many prominent manufacturers who have let us know what to expect this year and how much it will affect your wallet.

On December 29, 2021, Arturo Fuente announced that the family-owned business was reluctantly increasing its prices for 2022. It had refrained from raising prices last year on 99 percent of its portfolio in an effort to help brick-and-mortar businesses remain competitive with online retailers.

“We have not gone up on most things in years,” owner Carlos Fuente Jr. told Cigar Aficionado. “Sad to be forced into this, but it is totally necessary to take care of our people and the rising costs of all raw materials, packaging etc.”

Fuente raised prices from four to eight percent, its first increase across the board since January 1, 2020. “We went up five percent on our best sellers, core cigars such as Gran Reserva, Chateau Fuente, Magnum R, Hemingway, Don Carlos, still lower than our costs have been...we held our fastest-growing line, Casa Cuba, at only a four percent increase, which is less than our internal costs have increased. Our rarest cigar, Fuente Fuente OpusX, we had no choice but to go up eight percent to capture farming, processing and manufacturing costs in the Dominican Republic, along with increasing other costs associated with the brand.” Fuente added that the Rare Pink series went up six percent, and the Añejo by seven percent. 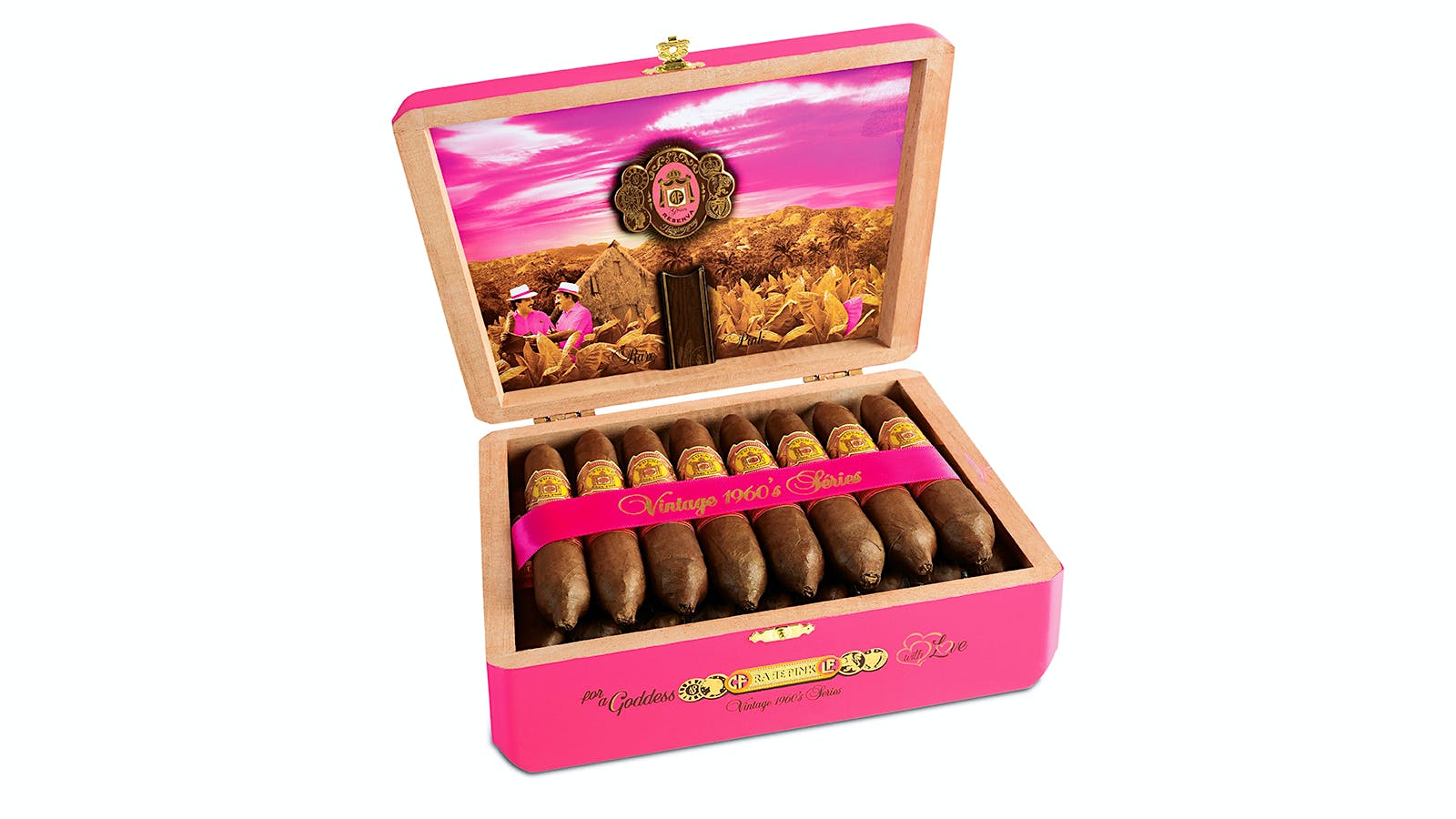 Cigars from Fuente’s Rare Pink series have gone up in price by six percent.

Fuente’s price increases started on the first of this year and the company is far from alone. Effective on January 10, Scandinavian Tobacco Group, parent company of General Cigar Co., increased its prices an average of five percent across its portfolio, which includes brands such as CAO and the non-Cuban versions of Cohiba, Punch and Hoyo de Monterrey.

Ashton Distributors Inc., maker of brands such as Ashton, La Aroma de Cuba and San Cristobal, has averaged about a six percent increase on its lines, which amounts to approximately 75 to 80 cents per cigar. The only exception is the Ashton Estate Sun Grown line, which has a price increase of seven percent, or $1.50. The company told Cigar Aficionado this was in response to increased costs.

Florida-based company J.C. Newman has upped the cost of its premium lines by three percent, citing high labor and tobacco costs. This went into effect on January 12. Drew Newman, general counsel for the company stated: “Because we blend our cigars with tobaccos grown on four continents, the increased transportation costs and delays affecting the global supply chain are affecting the premium cigar industry. . . With inflation significantly increasing in the countries where tobacco is grown and cigars are rolled, labor costs are going up as well, significantly increasing the cost of production.”

Fans of Oliva or Rocky Patel cigars have a bit more time to stock up before prices increase on those cigar lines. Starting February 1, both Oliva Cigar Co. (makers of brands such as Oliva Serie V Melanio) and Rocky Patel Premium Cigars (the company behind Rocky Patel Grand Reserve and other cigars), will each implement five percent price hikes for their respective cigar lines. In a letter sent out December 23 to its customers, Rocky Patel stated that “Any/all backorders prior to January 31, 2022 will be honored at the old price.” 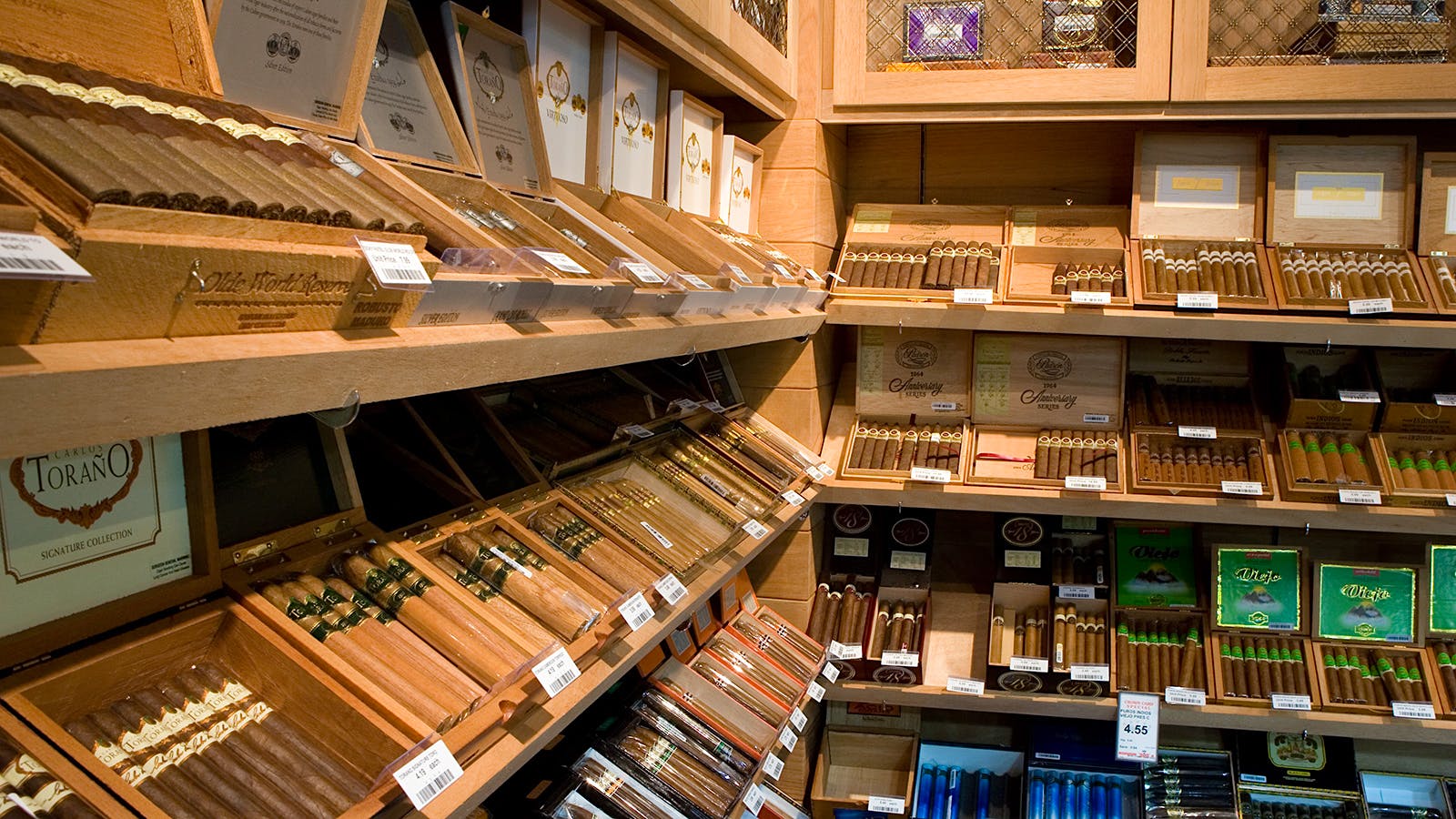 La Flor Dominicana is giving its customers more time as well, as prices won’t go up until February 15. The Dominican cigarmaker plans on instituting a five percent increase on its regular-production lines such as La Flor Dominicana Double Ligero and Air Bender, with limited-editions, such as the Andalusian Bull, going up eight percent.

Alec Bradley, a company that produces cigars in both Nicaragua and Honduras, has implemented an average increase of seven percent across its portfolio. Brands such as Kintsugi and Black Market will set you back a bit more, though the Gatekeeper line will remain unaffected. These increases went into effect on January 3.

Like most of the industry, Pete Johnson, owner of Tatuaje Cigars, is raising prices on many of his products, but not on everything. Johnson told Cigar Aficionado that most of the increases on his cigars made in Nicaragua range between four to six percent. His Miami-made products, such as the Tatuaje Reserva K222, have increased from seven to ten percent. Lines such as Tatuaje Black Label, Tatuaje Negociant and the Tatuaje Broadleaf Collection will not experience any increase, nor will any products that were announced in 2021 with a 2022 release date. There are also certain sizes in certain lines exempt from the price hike, such as the Petite Cazadores, Petite Tatuaje and Petite Cabaiguan, along with the Cojonu 2012s and Cojonu 2021. 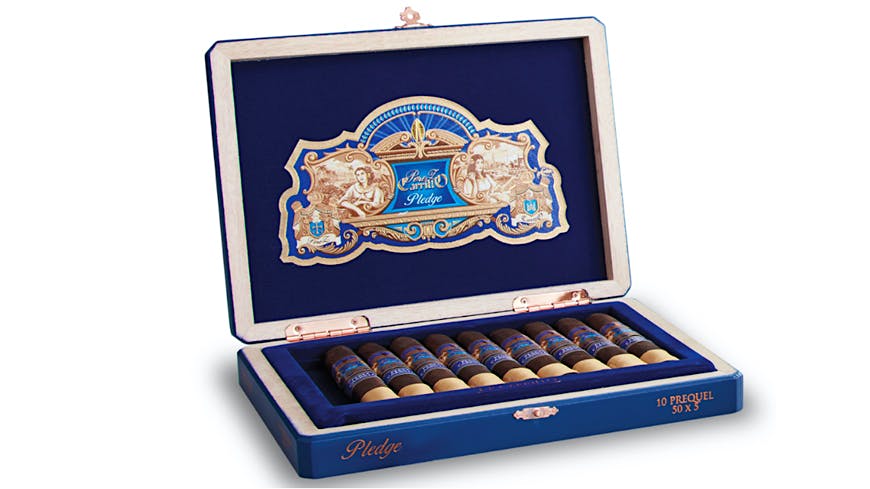 Come February 15, E.P. Carrillo, maker of 2020’s Cigar of the Year, will be instituting a five percent increase on its lines excluding New Wave Connecticut and Dusk. Prices on recently released sizes such as the E.P. Carrillo Pledge Apogee and E.P. Carrillo La Historia Parientes will also remain unchanged. These cigars are produced in the Dominican Republic.

Despite these comprehensive rises in price, Drew Estate tells Cigar Aficionado that there are presently no increases on its cigars. The company makes the Herrera Esteli, Undercrown and Liga Privada brands in Nicaragua. There are currently no price increases for cigars from Joya de Nicaragua, which are also distributed by Drew Estate.

Hurricane Ian brought destructive winds and floodwaters from both sea and air across the state, …