If you’ve visited Ground Zero in New York City recently, you should have noticed a statue with a soldier on horseback called America’s Response Monument. What you wouldn’t have seen were the bottles of Bourbon hidden beneath the monument placed there by the horse soldiers themselves. The Bourbon, aptly called Horse Soldier, was co-founded by the actual horse-mounted Green Berets sent in to lead America’s counter-terrorism effort in Afghanistan almost immediately following the 9/11 terrorist attacks. 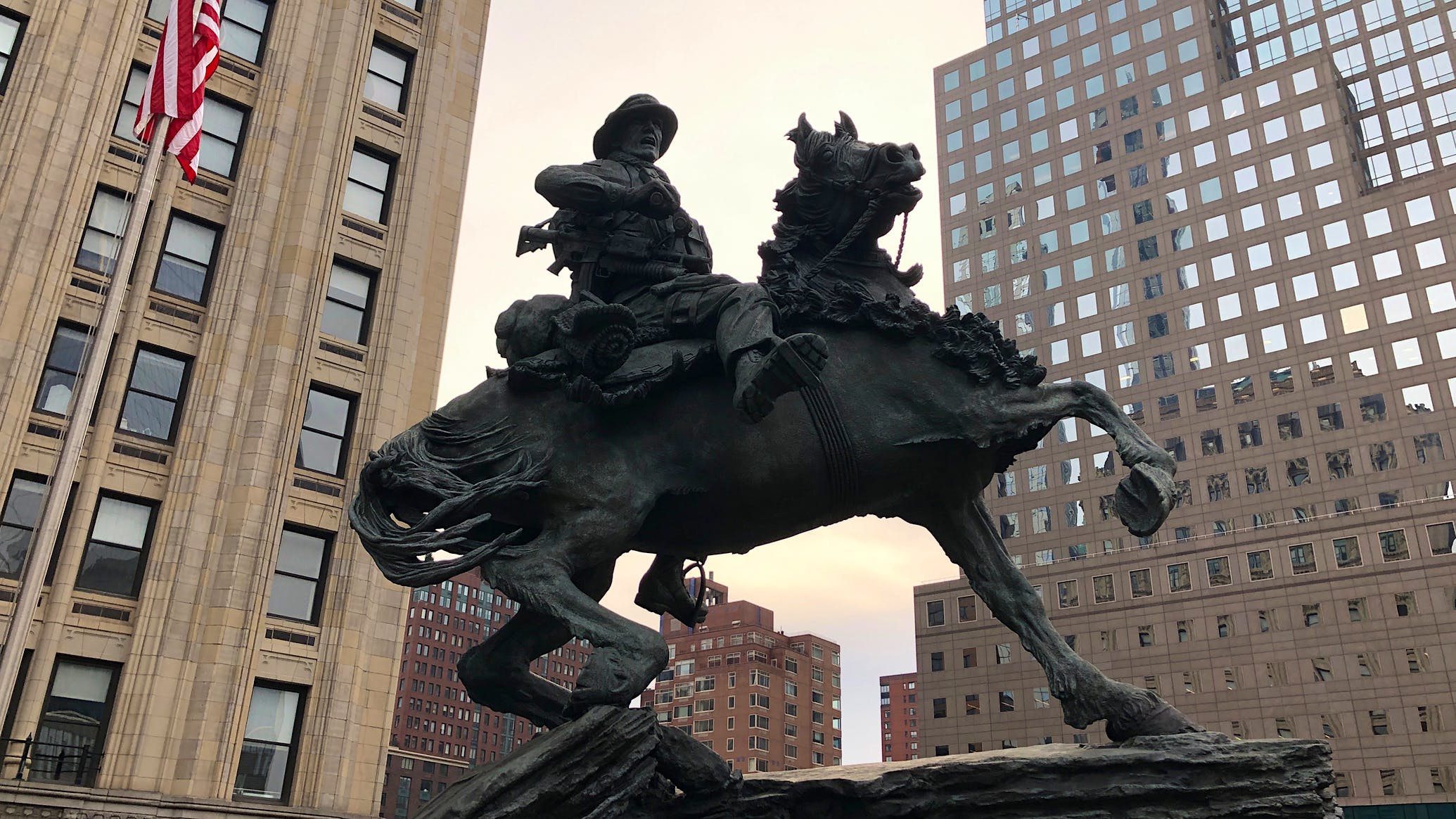 Green Berets Scott Neil and John Koko, as well as Elizabeth Pritchard-Koko, co-founded the Bourbon after the two soldiers worked for years of labor in distilleries around Scotland, Ireland and America. Although they had just served in the special forces in the rugged, uncharted mountains of Afghanistan to neutralize the Taliban, they found a new mission: Learn everything there was to know about whiskey. It was the spirit they were served by Afghan locals when the American soldiers rolled into town.

The founders were joined by comrades such as Green Beret Captain Mark Nutsch, who led the horse soldiers himself; however, he jokingly seemed almost equally as proud to say he was depicted by Chris Hemsworth in the biographical film 12 Strong. Together they worked hands-on from distillery to distillery, carrying grains at places like Kilbeggan and Teeling in Ireland, continuing their “shared sacrifice” in a totally different way. 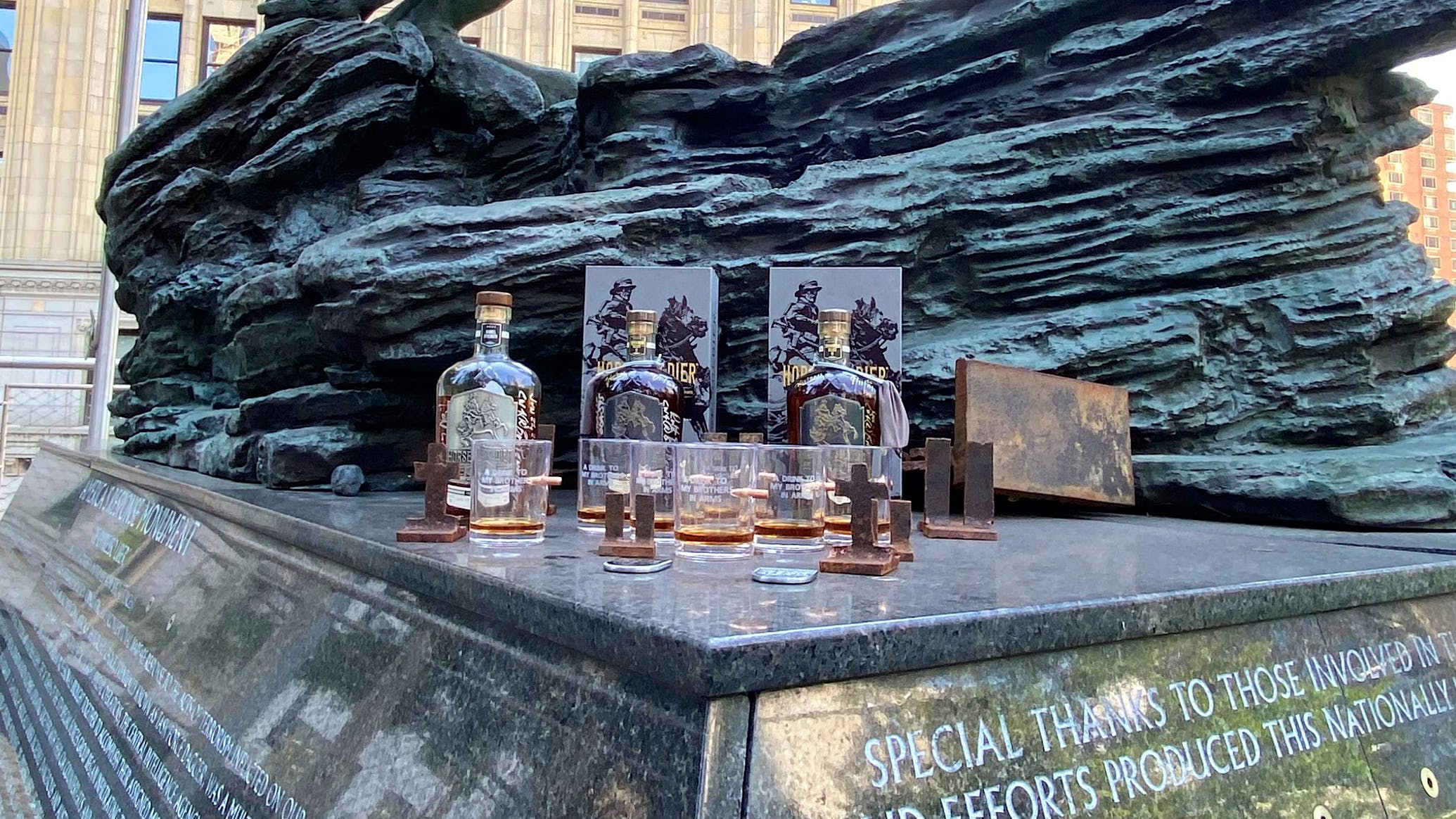 Green Berets give a toast to the fallen with glasses of Horse Soldier at America’s Response Monument during the 20th anniversary of 9/11.

This continued until the men began creating their own. It started in small batches, and eventually, they corked up 10 barrels before the movie premiere of 12 Strong, where they had a “private tasting” to show that the veterans were capable of more than infiltrating bad guys. After all, the goal was to start a new career while showing that military veterans can make something of themselves post-service as well.

Once they got their kickoff, the next step was to manufacture a bottle that would both honor their service and be cost effective. To do this, they needed to acquire steel suitable for making glass of the right caliber, as steel molds are crucial to shaping glass in the bottle-making process. It just so happened that the steel from the wreckage of the World Trade Center was also perfect for making glass bottles. Through an arrangement with New York Port Authority, and a bit of poetic justice, Neil and Koko were able to obtain steel scrap from the very buildings they fought to avenge. The two contracted Anchor Glass Co. to produce their bottles, and now, every bottle of Horse Soldier has literally touched the World Trade Center. 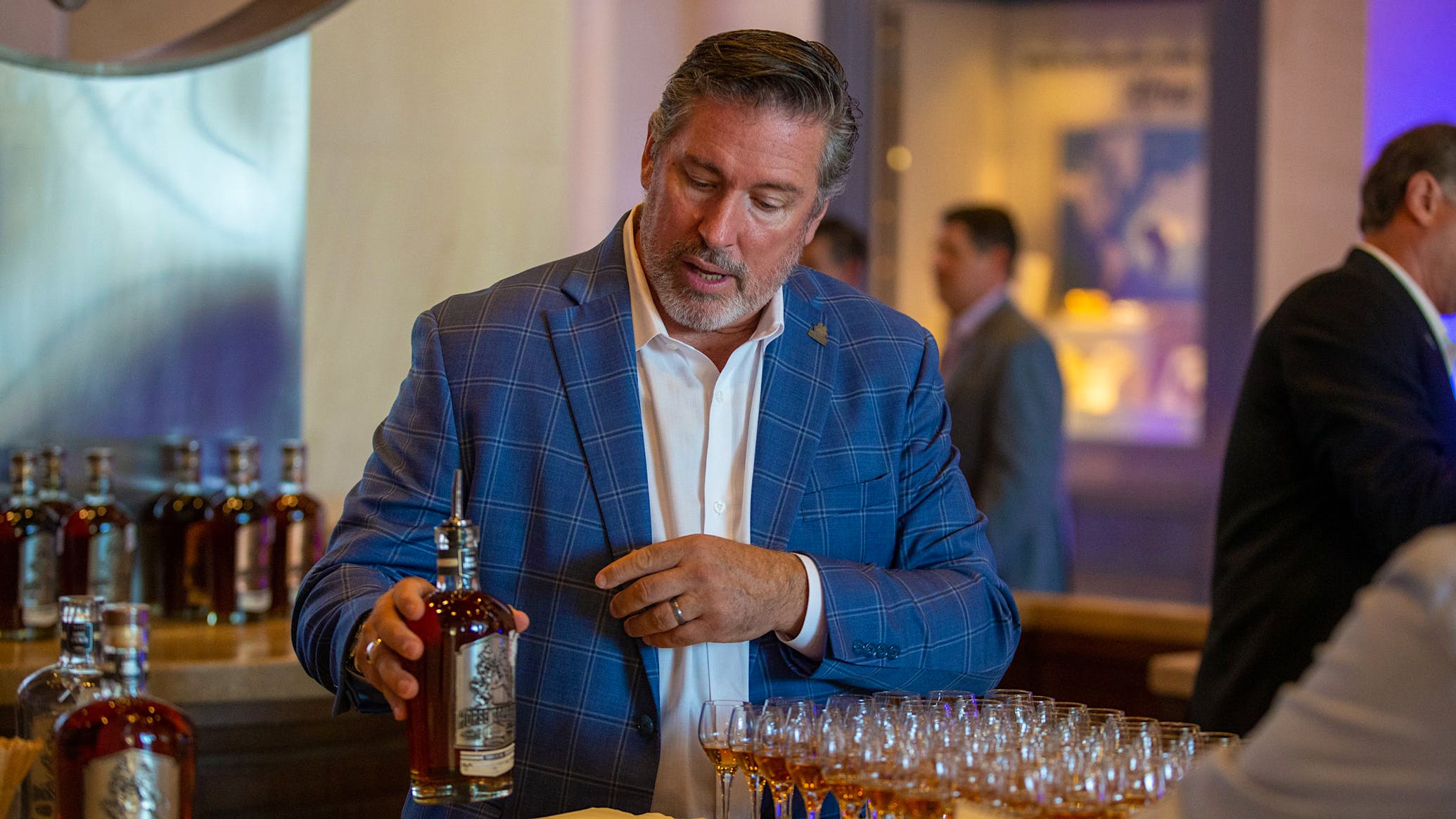 Co-founder Scott Neil pours plenty of Bourbon during one of his many tastings.

Beginning in Florida in 2018, Horse Soldier can now be found in retail stores in 13 states, as well as 33 states online. It can be seen prominently atop the shelves of the Urban Stillhouse in St. Petersburg, Florida—their restaurant—where they host tastings and official pairings with plenty of cigars. Additionally, a three million-gallon destination distillery is in the works in Somerset, Kentucky on the Bourbon Belt, where retired horses from the military will assist in the making of the Bourbon. 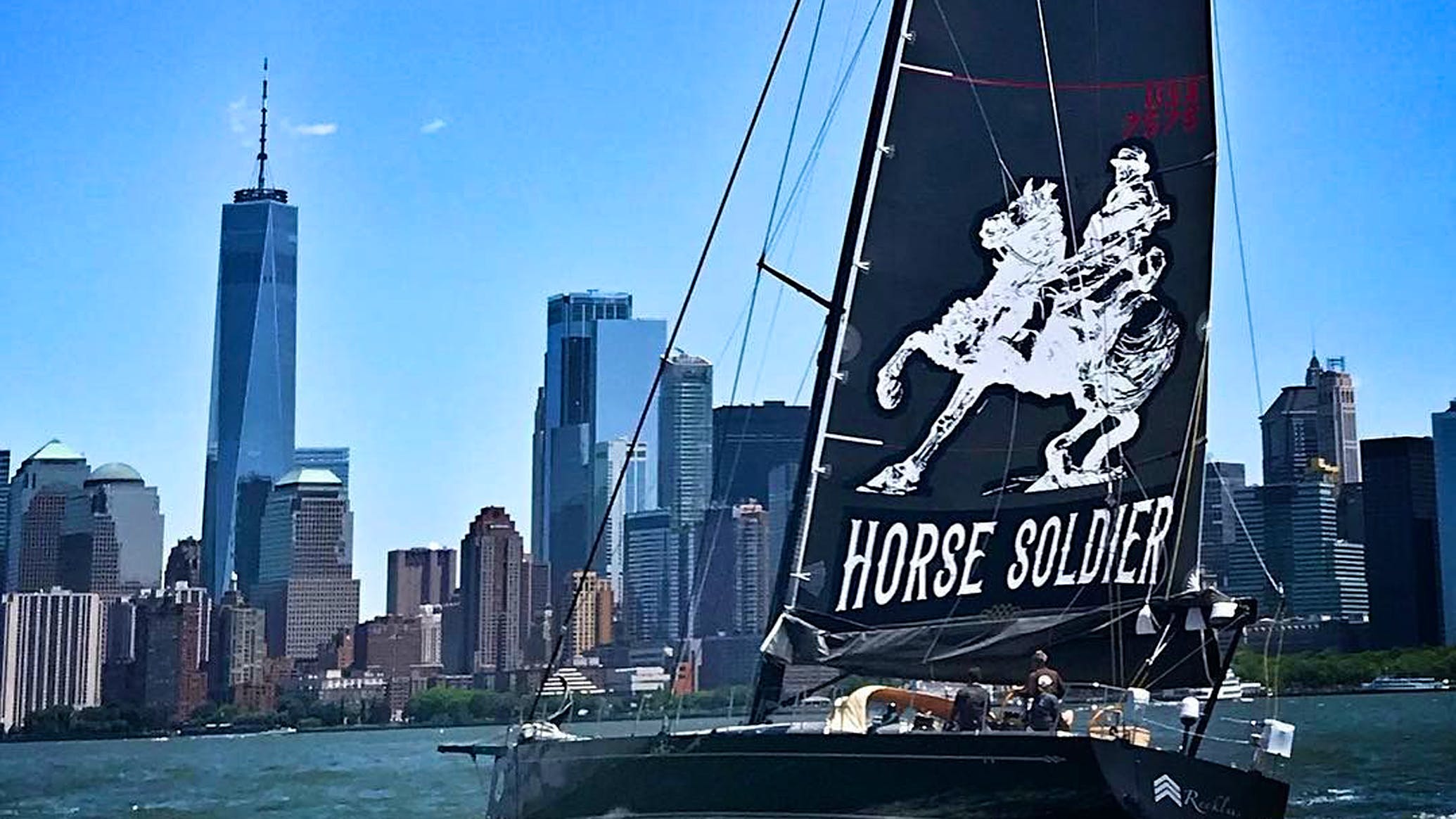 The Green Berets of Horse Soldier set sail around New York City, having learned the art of boating as another post-war journey.

The guys made an analogy of the similarities between the history of America and whiskey, both being born out of fire. And as Green Beret Scotty Neil said, “We continue to serve, now we just serve delicious whiskey.”

Their full story of service can also be seen in the CNN documentary, Legion of Brothers, which includes interviews with the men who detail their brave experiences.